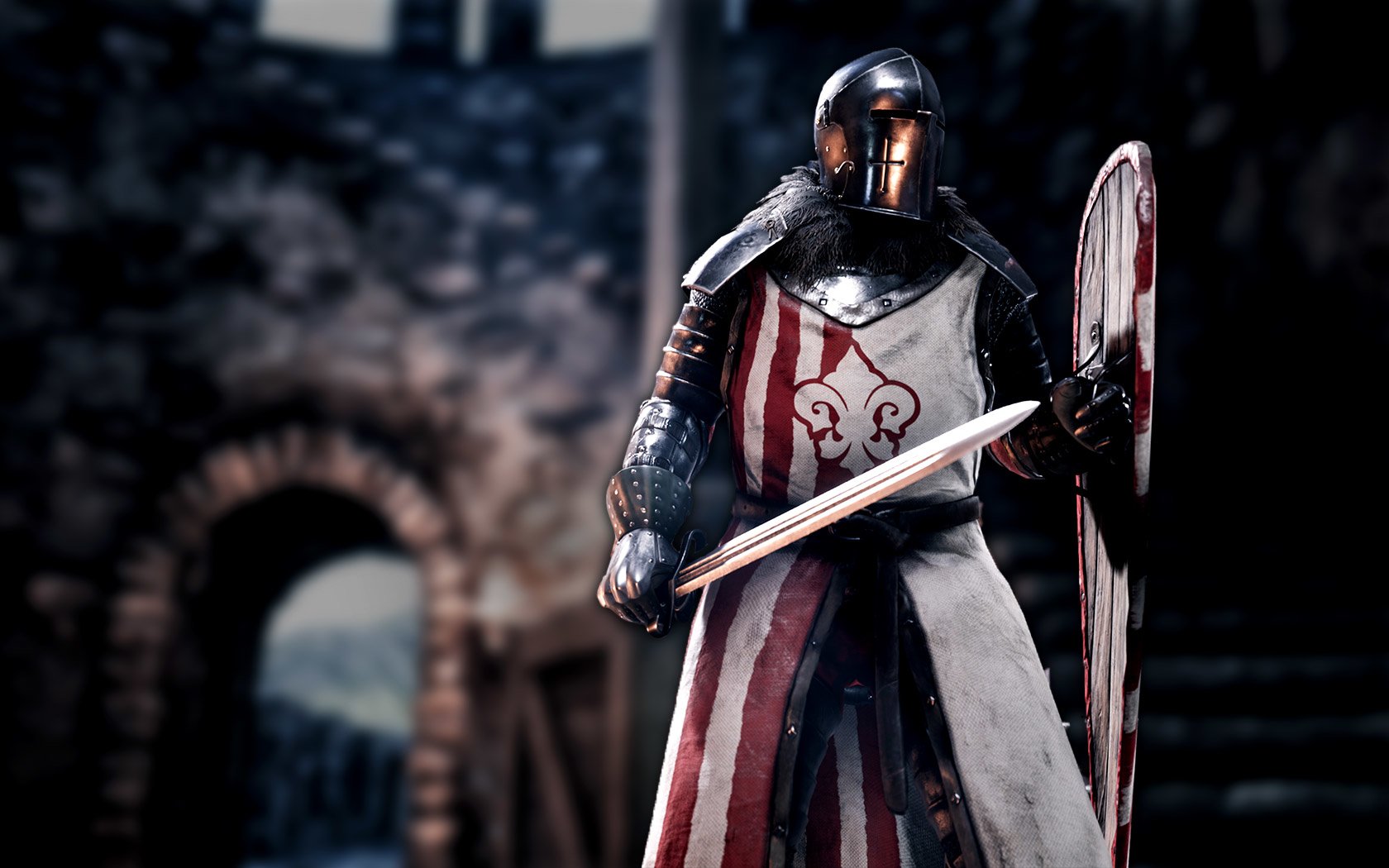 ‘Stairway to Hell’: Kill 5 enemies while climbing a ladder. How hard can it be? Apparently: very
I’m pretty sure this achievement intends for you to go up beneath a ladder-user and murder-fy them, but that happens so rarely and nobody it going to let you get away with shoving a spear up their butt for three or so stabs.
This guide will help you through a getting 5 kills while you’re on a ladder and allow you to join the true Mordhau elite: the ladder trolls.

First and foremost, you will need a one-handed weapon. I’d most recommend a short spear for it’s range though a rapier would work too. Thrown kills count towards the achievement too so bring three of them. Unfortunately throwing knives/axes are not ladder-compatible so you can’t use them.

The cat perk is very useful as you’ll be jumping down ladders often. The other stuff is irrelevant, but maybe you might want to protect your noggin’.

There will be two main methods of ladder murder: shin-stabbing and throwing.
Essentially, you want to chose an adequate ladder and make it your new home, killing all trespassers.
I’d most recommend to do this on frontline as you can get away with doing random crap amidst the chaos. You can’t look down very well on ladders making being flanked a very real danger but death is irrelevant anyway.

What you want to do is tackle people at the top of the ladder, this makes the most use of the limited range of movement your head has. You can also try baiting people to your ladder, bonus points if you can critically injure them on the way for an easier kill. Make use of your throwing ability to attempt to kill enemies who are staying back a little.

Use any ladder you think would work. I’ve included the main four I used.

This short ladder on Mountain Peak sees a decent amount of nearby action when it’s 2-2 for capture points. It works much better for the blue team.

In the very rare occasion that you are on red on Taiga and have lost camp, this ladder allows you to harass the archers or anyone else on the battlements

In the much more likely occasion that you are on red and have control of the camp, this ladder is a good choice. It also comes with the added bonus of being so close to the enemy spawn that it gains a sort of… meme factor… and people may not attack you, just remember to spam the ‘Hello’ voice line.

While there may not be that many people at the top of this ladder on Mountain Peak, it does give a neat angle onto the choke point that is often filled with action when blue team has their third capture point. Just biff a few spears in as all the non-ladder plebs are having a scrap. (blue team)

Give it enough time and you’ll have a grand total of 5 ladder kills to boast about.

Or you could just get a friend to die five times for you… that works too. But where’s the fun in that.