Murderous Pursuits is a multiplayer, kill-or-be-killed, stealth-em-up for 1-8 players developed by Blazing Griffin. You must hunt and kill your quarry before your hunters do the same to you, all while avoiding witnesses.

Act like an unassuming passenger to avoid revealing yourself, locate high-scoring weapons, and stalk and kill your targets in a manner that befits your station as a right dodgy villain.

Murderous Pursuits what is the goal of the game?

You can get additional points for:

2. Stun your hunter: Everytime you correctly identify your hunter and stun them, you get extra favour points. It also helps you because they loose you as a target and you don’t have to worry about them anymore.

3. Using your humiliate ability: If you choose this ability at the beginning of the round you may use it after a successful kill. If used you dance on the corpse of your victim which makes you easily identifiable and also uses up your exposure bonus. This means your hunter and your quarry will see an icon above your head, telling them your identity. 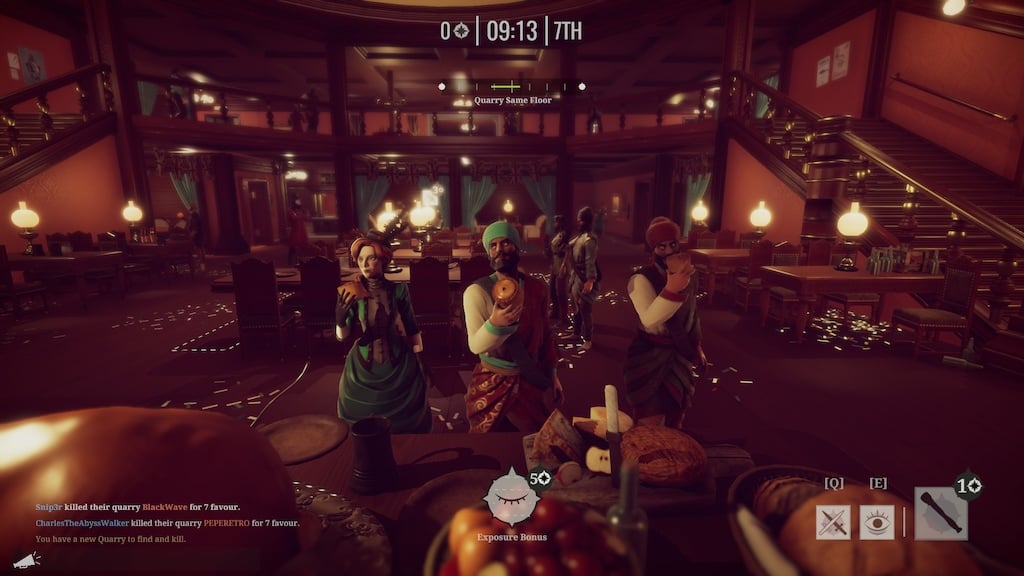 The goal of Murderous Pursuits is to obtain more favour points than your enemies. There are quite a number of ways to get favour points which you can see below.

Next is up: Murderous Pursuits Tools Guide