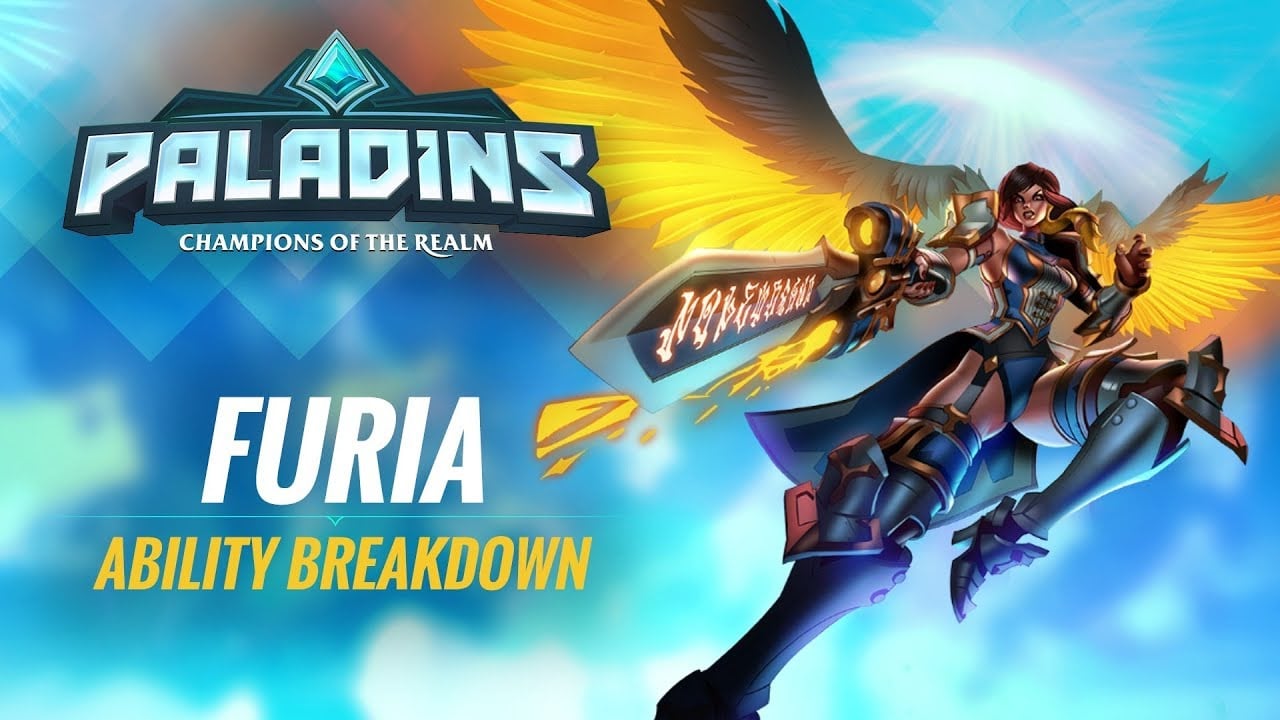 Sarah prayed to the Eternal Pyre for the strength to fight the Abyss, to avenge her fallen sister (Seris). Her prayers were answered. She was saved from the Abyss, and transformed into Furia: An avenging angel of cleansing flame incarnate. Now the former sisters stand opposed, vessels of otherworldly powers far beyond that of mere mortals.

Furia is a Support class, that doesn’t mean you should underestemate her powers…
She is very strong at head-to-head combat.

Deal 330 damage every 0.5s in a medium spread. Healing allies builds your Wrath resource and increases your attack speed by up to 30%. Wrath decays over time.

Target an ally near your reticle and cast a heal that heals for 1000 and then 500 over 2s.

Summon a beam of searing light that travels forward. Enemies caught in its path are stunned for 1s and take an instant 400 Damage along with 20 damage every 0.05s they remain inside the beam.

Propel yourself backwards and fire 3 attacks that seek out enemies, dealing 200 damage each.

Channel the Pyre and become untargetable for 2s. Afterward, you and allies within 150ft of yourself gain 30% bonus weapon damage and 30% Movement speed for 8 seconds.

Kindle Soul heals up to 25% additional Health based on your ally’s missing health.
Becouse you’re a healer… you need to keep your allies above 50% health..

For the deck i use these cards: