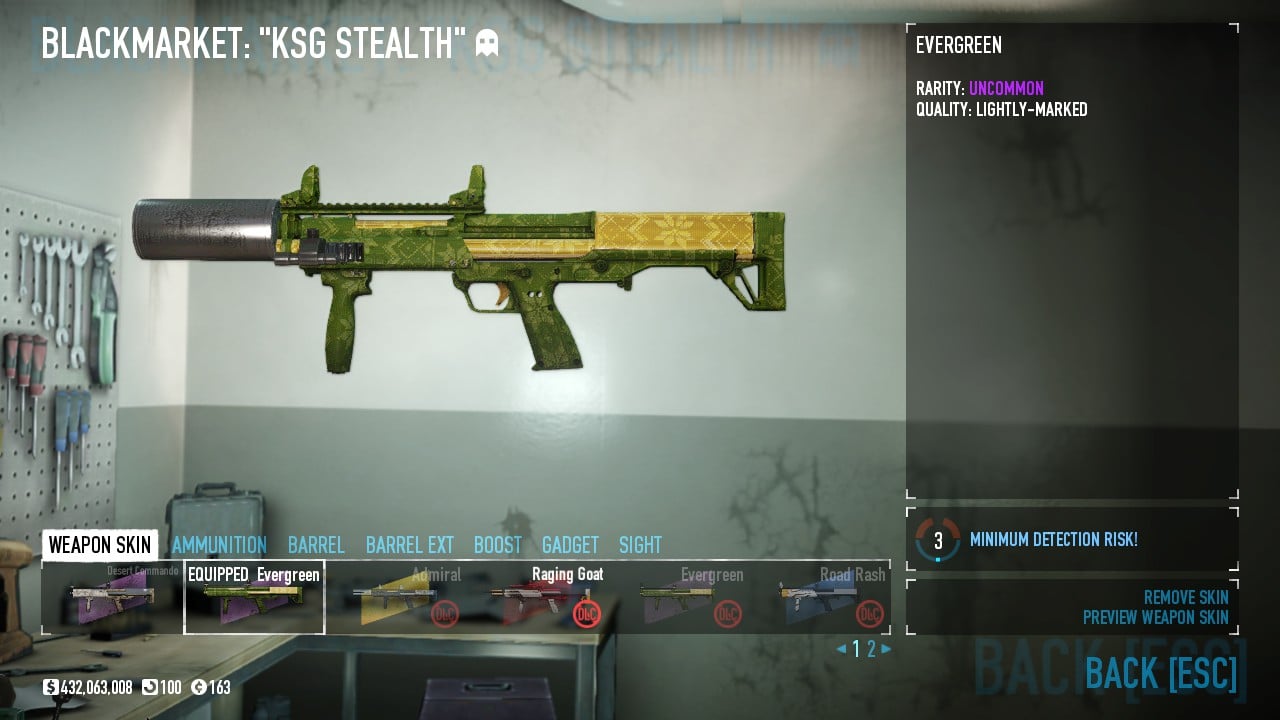 Shotgun Pack. This way we can shoot guards or civilians into a certain direction rather then letting RNG decide how the corpse falls.This is handy if you want to get rid of a guard or civilian that is in the field of view of a camera.This way you can shoot them out of the cameras field of view and savely bag the corpse.
It is moded as such:

Do bear in mind though that some of these mods are locked behind achievements based arround the Gage Shotgun Pack.
These are all the achievements you need for the mods on the gun:

If modded like this your Raven will be at 30 concealment.

As our secondary weapon you will choose the 5/7 Pistol from the Search for Kento´s Son community Event.Unlike the desert eagle the 5/7 Pistol has a great fire rate at around the same damage.With this pistol you can deal huge amounts of damage in a short amount of time.Just be careful as the 5/7 pistol, just like sniper rifles, penetrates bodies and so you might accidently break a window behind a guard or civilian you shoot. 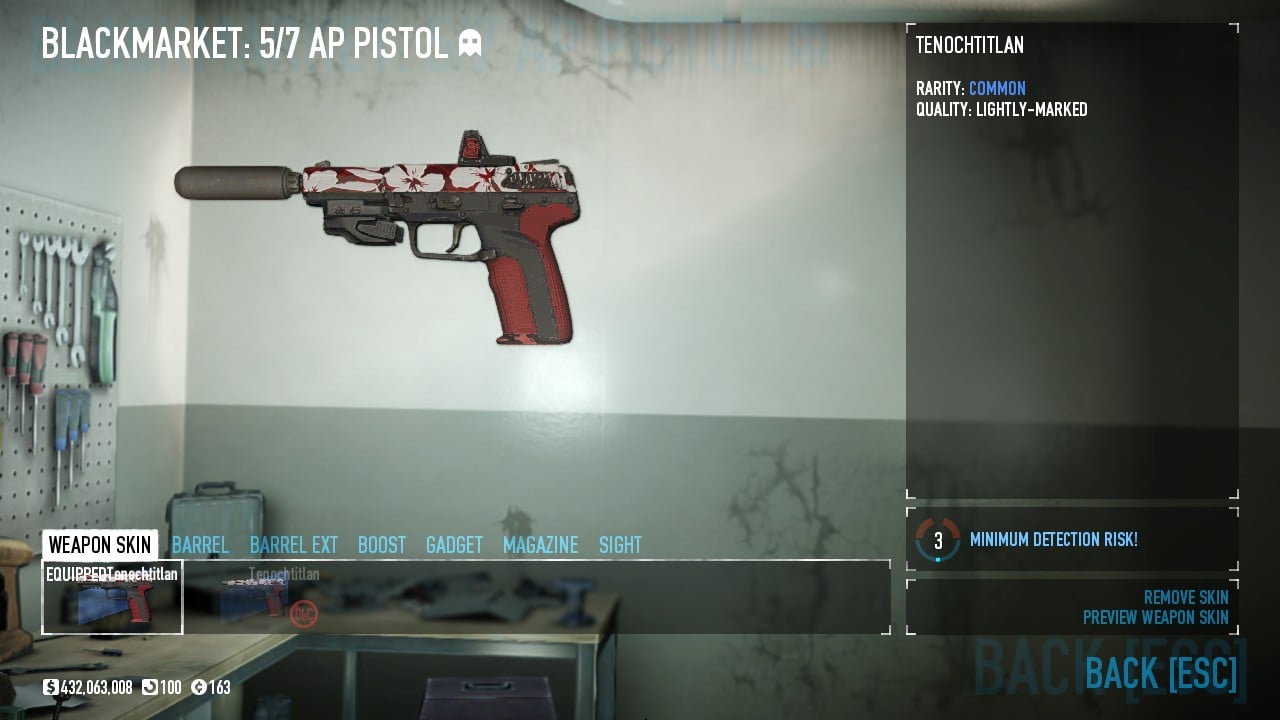 It is moded as such:

If modded like this the 5/7 Pistol will be at 30 concealment.

As our melee weapon we choose either the Ice Pick for intense damage OR the Kunai Knife to stun enemies and dominate them if you missed your opportunity to dominate a guard when he first spotted you.

The Throwable depends on your Perkdeck:
If you choose the Yakuza Perk Deck for extra movement speed take the molotov to be able to damage yourself as you spawn.I would recommend this option for bigger maps like The Bomb:Dockyard, Big Bank, The Golden Grin Casino etc.
If you choose the Burglar Perk Deck take something that deals high damage and is silent like the Throwing Knifes, the Throwing Axes, the Javelin or maybe Shuikens or Cards.

As our primary we will (obviously) be using the saw. 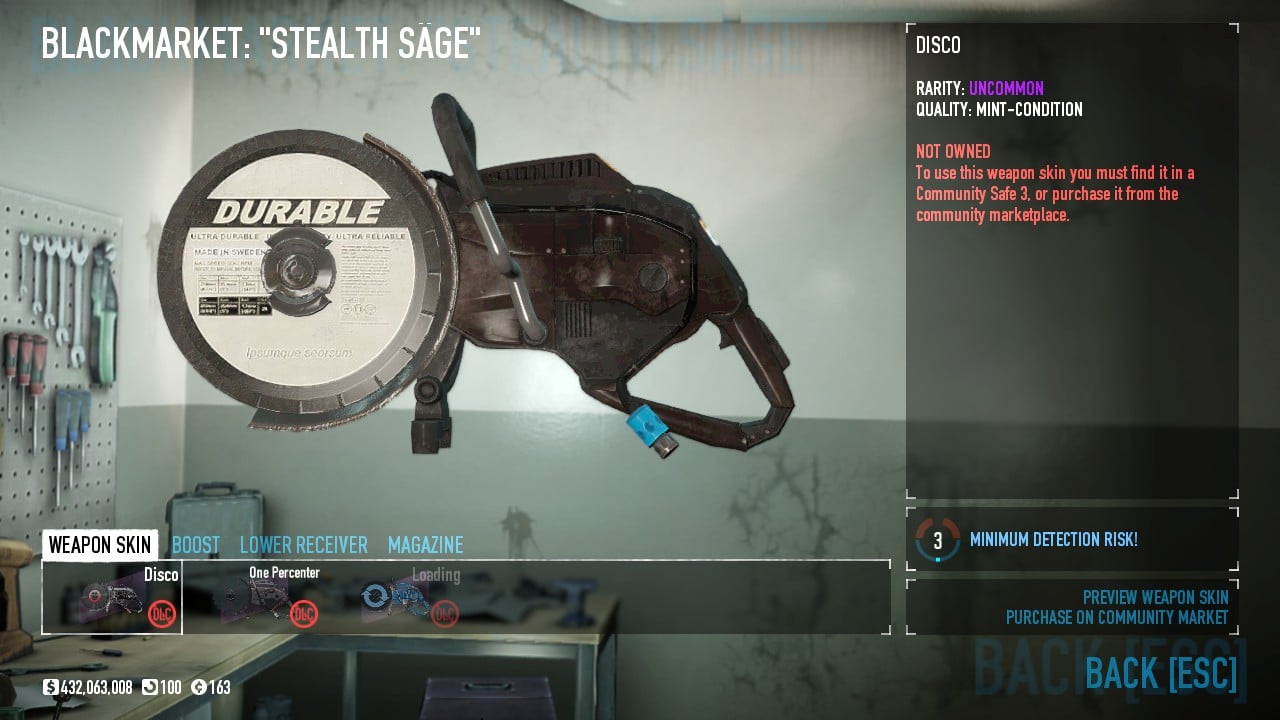 Depending on whether you want to dominate civilians with the noise or you want to silently open deposit boxes (for example on Big Bank) the saw is modded as such:

Either way if modded like this the saw will have 17 concealment.Do bear in mind though that the silent saw isnt completly silent.Because of that you will have to check for guards or civilians with the Sixth Sense skill.If you highlight anyone in that 10m radius that means that they will be able to hear your saw as the silent saw can still be heard in a 8m radius.

As your secondary you choose the Judge Shotgun. 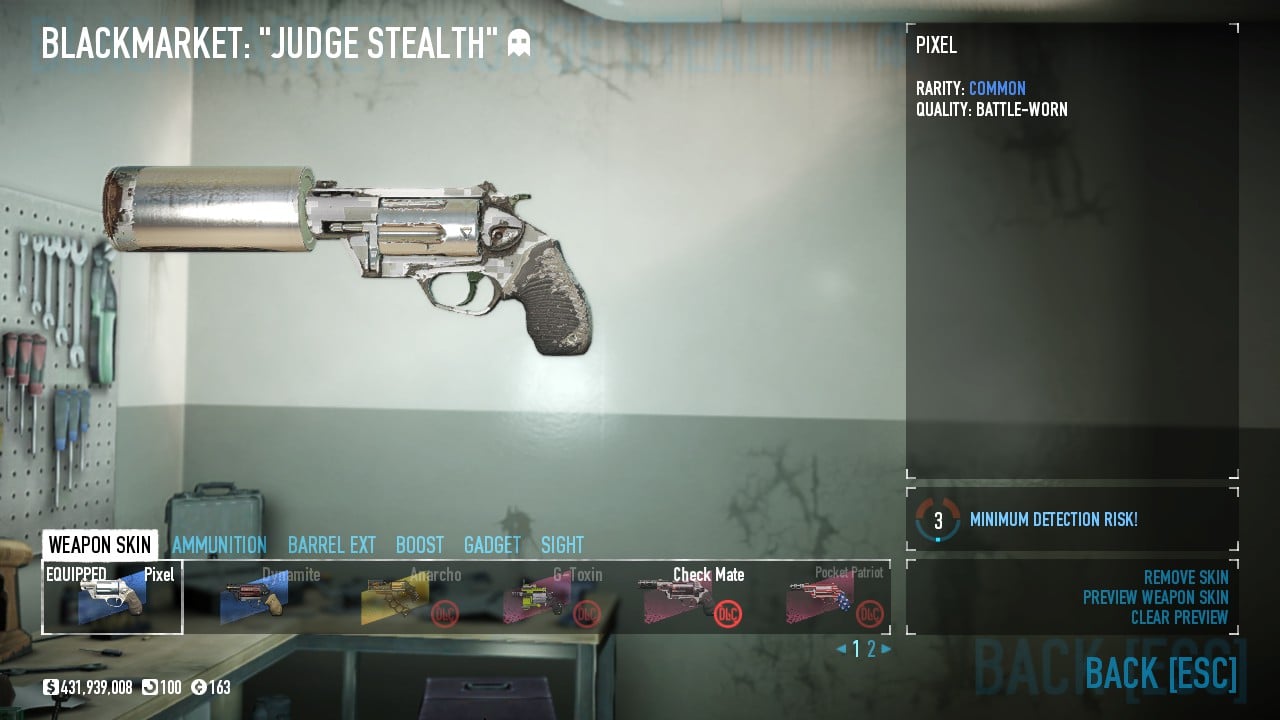 Just as explained ealier with the Raven Shotgun you can use the Judge Shotgun to shoot corpses in the direction you like.

It is modded as such:

If modded this way the Judge Shotgun will have 31 Concealment.

As our melee waepon we choose either the Ice Pick for intense damage OR the Kunai Knife to stun enemies and dominate them if you missed your opportunity to dominate a guard when he first spotted you.

As our Throwable we choose the molotov paired with the Yakuza perk deck.As you will have to damage yourself anyways to get the effects of the berserk for the saw why not have extra movement speed?