Head upstairs to the bedroom and use the key to open the trunk at the food of the bed. In the trunk is a Mountaineering Rope, Climbing Socks, and Lily’s Map. 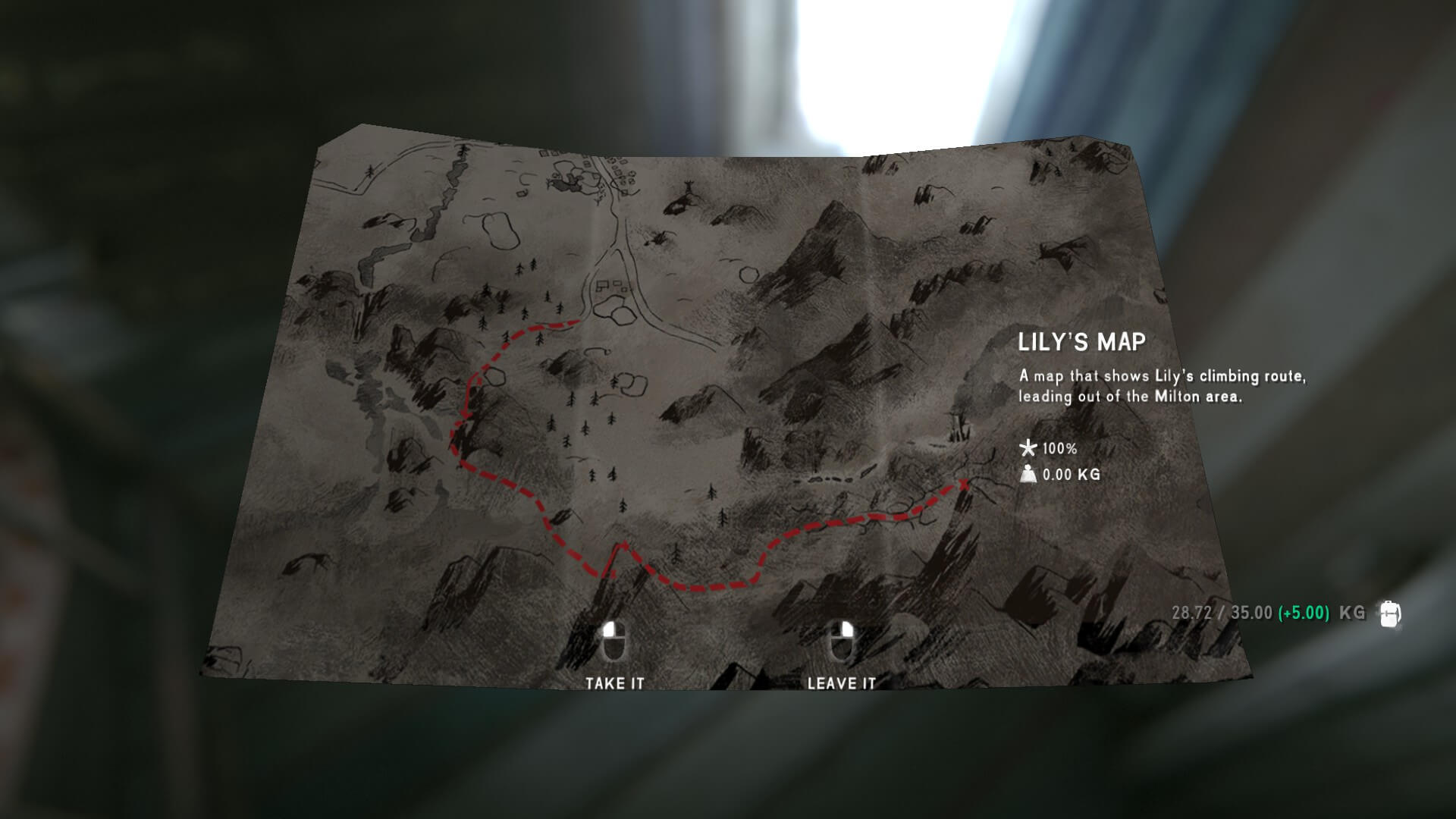 FIND THE CLIMBING AREA ON THE OUTSKIRTS OF MILTON

Gather about two days’ worth food and water, dress warmly, stock up on light sources—ideally a Storm Lantern from the Orca Gas Station or the Paradise Meadows Farm house, but 3-4 torches should do the trick—and dump excess items, then head out early in the morning for the location marked on Lily’s Map. South of Milton is the Milton Park area, ending in a large cliff face. 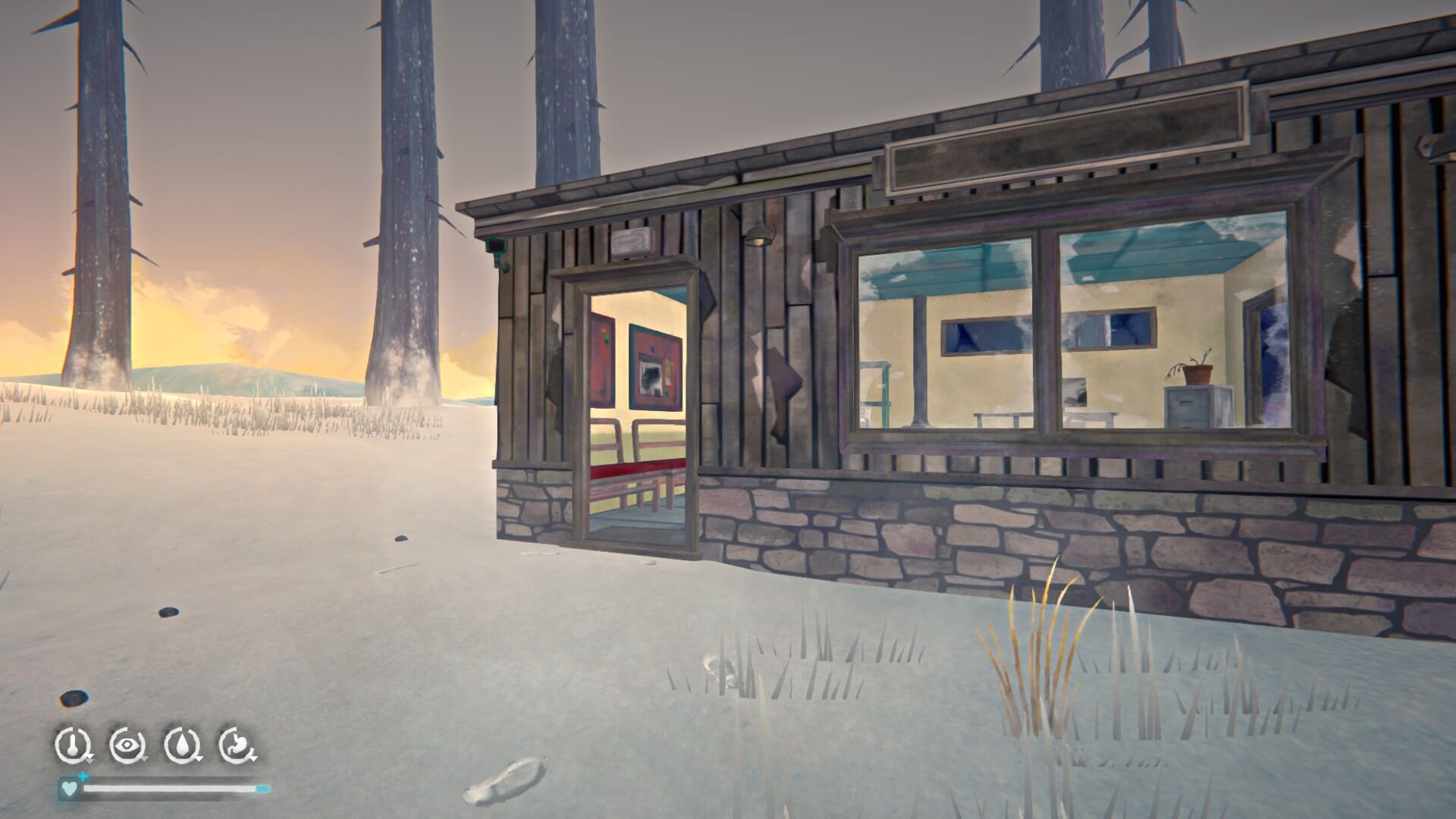 “Deploy the Mountaineering Rope” on the rock a few feet from the cliff edge. Once you climb down the cliffside, you will not be able to return to the Milton area.

FIND YOUR WAY THROUGH THE MOUNTAINS

Follow the path down the mountain. Farther down, Methuselah is sitting beside a campfire and a makeshift tent. If you speak with him, he will mention your choice concerning Hobbs. 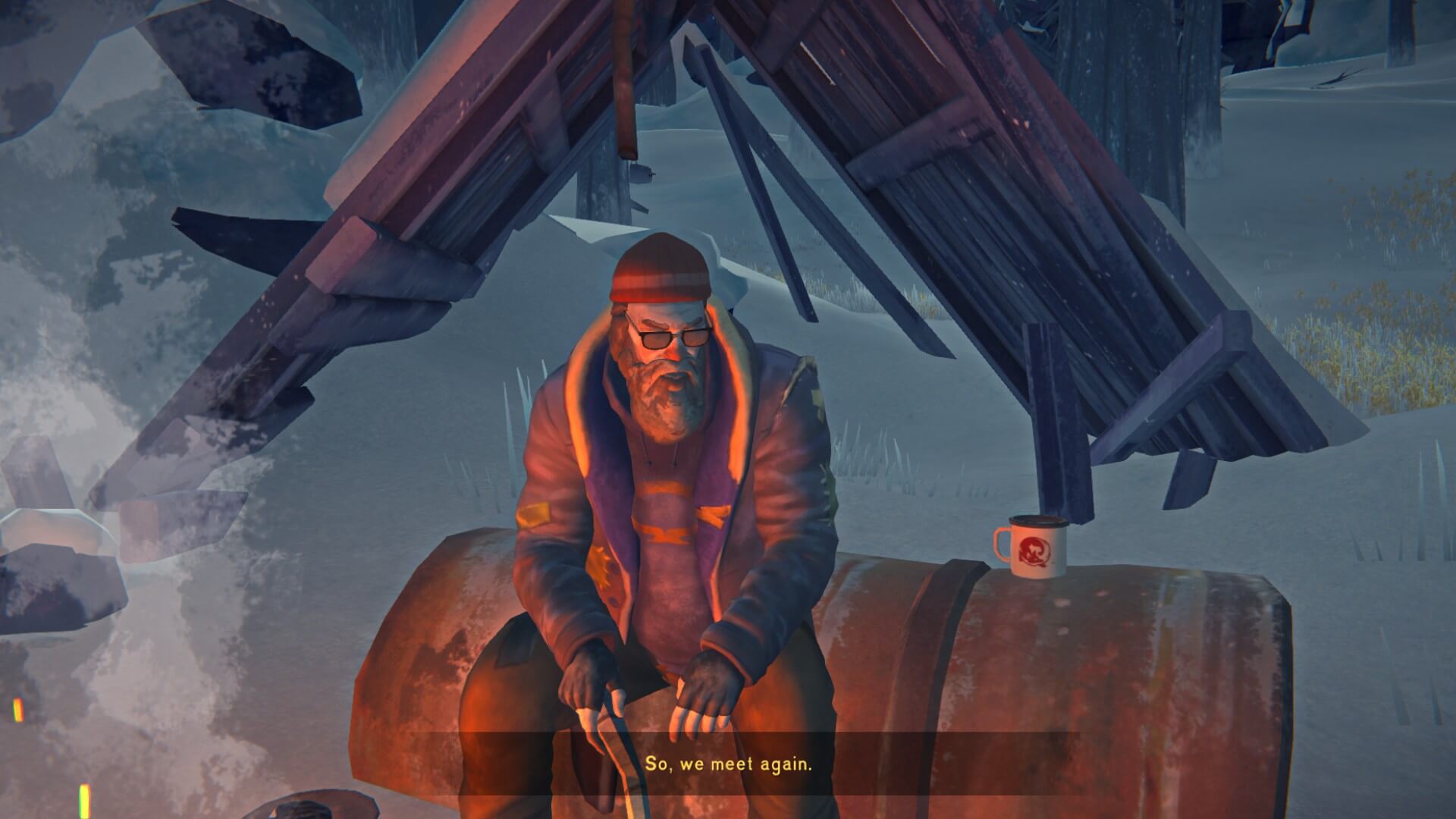 Continue south east, and there will be a rope to climb. Make sure you have a full stamina meter before beginning your ascent. 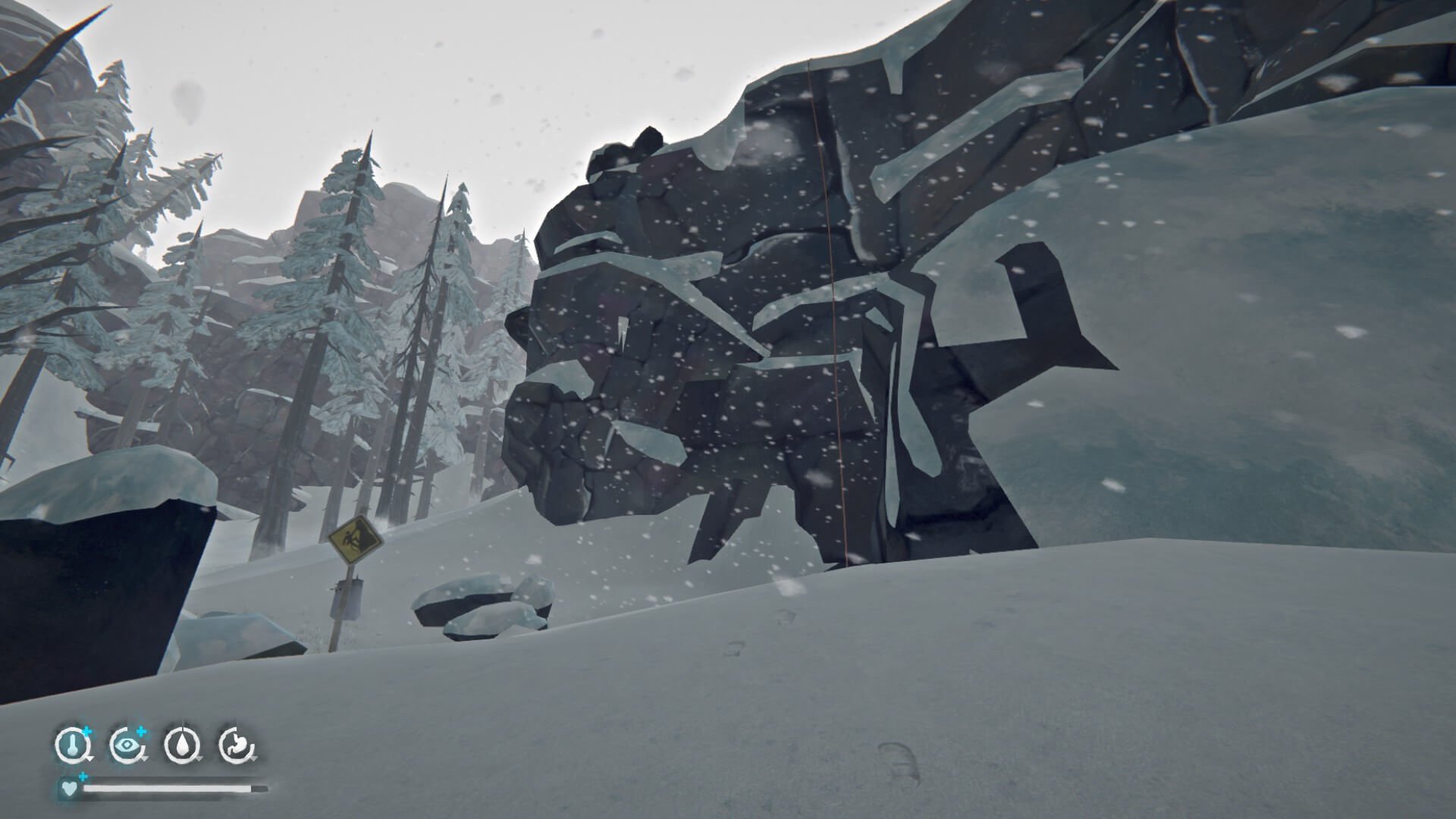 At the top of the cliff on the left there is a tree trunk to cross. Continue following the ledge, and you should circle down to a frozen riverbed which will eventually lead to a cave beside a waterfall.

When you enter the cave, you will be prompted to “Leave Milton Region.”

Inside the cave, proceed until you come to the first intersection. If you keep going straight, you’ll hit a dead end but find some Coal. Turn left instead to continue through the cave. 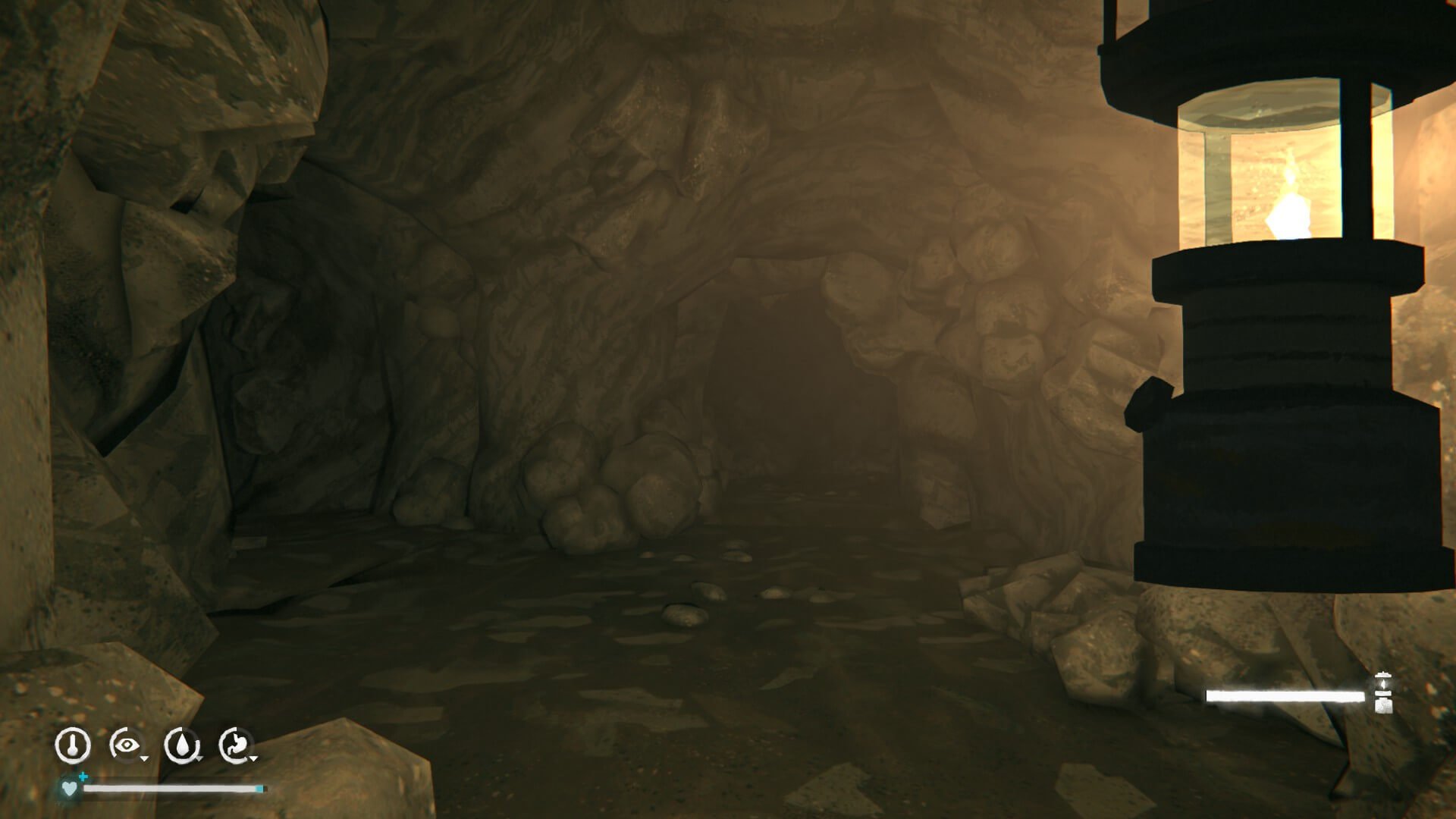 You will then find a patch of snow with a Rabbit carcass. Farther in is a room with three columns, then a T-intersection.

To the left is another dead end with a piece of Cedar Firewood and a Flare. Continue to the right and keep walking until you reach the exit, which during the day will appear as a light at the end of the tunnel. “Leave Cave” to trigger a cutscene. 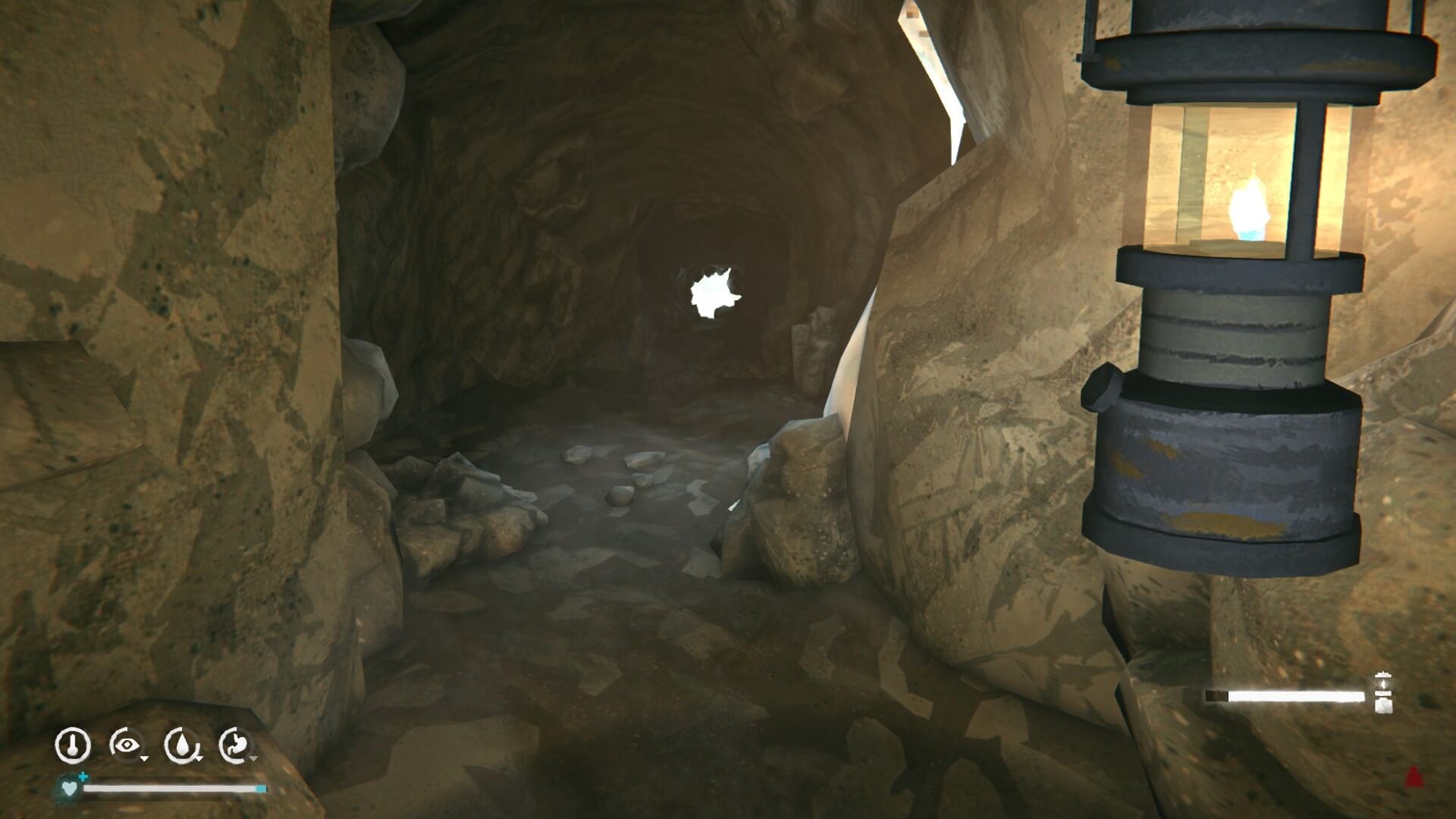