While exploring Kanto you’ll be able to find three kinds of candy:Rare Candy, species-specific candy, and stats candy. The stats candy aren’t officially called that, but as those have no known name, we’re calling it that for now. All candy change a chosen Pokemon’s stats. 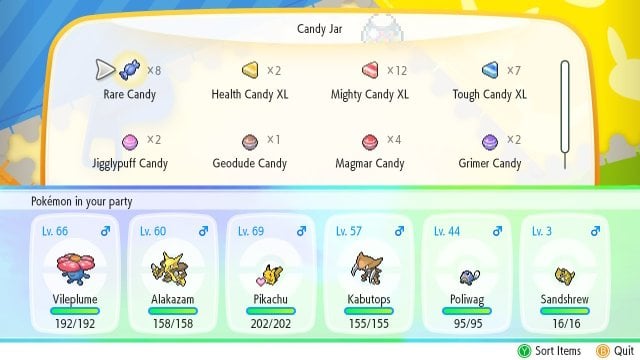 Rare Candy – Like past games, Rare Candy is a special item that instantly raises a Pokemon’s level by one. As its name suggests, these are rare and hidden throughout Kanto.
Species-specific Candy – This candy type is the kind you’d find in Pokemon Go. These candy are named after the Pokemon species they can be given to. It increases all stats by +1. These can be found by combo catching a Pokemon and are generally dropped sparsely.

Stats Candy – As you catch Pokemon and send them back to Professor Oak, you’ll get candy that can increase a single stat of a Pokemon. 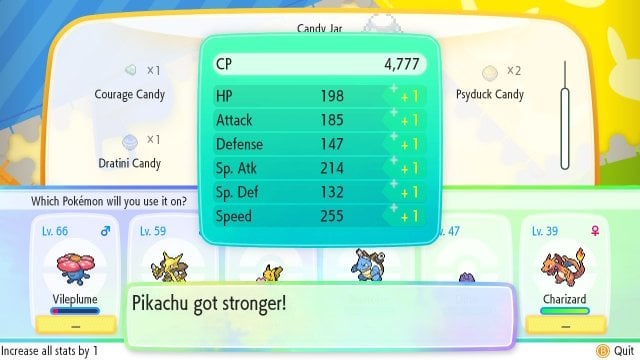 A Pikachu Candy was used in the screenshot above.