When you first start up Mooncrash, you will probably be confused about a bunch of things, but that’s not really a bad thing, as it’s supposed to be a part of the experience. I would advise you to, first of all, just play yourself to get familiar with most of the game mechanics, story and exploration, as the game’s tutorials will probably explain these things a lot better than I ever could. Most of this stuff will already be known to you if you finished Prey. It goes without saying, but if you didn’t finished the main story yet, you should do that first.

Your Mooncrash campaign goals can be summed up as a single objective:

There are 27 orders for you to complete, given to you by your employer, KASMA. They are all pretty much self-explanatory and you will achieve most of them naturally through gameplay. You will rarely have a need to even look them up.

The ultimate goal is to escape the Pytheas Moonbase with all 5 characters in a single run. And at the beginning this should be the only thing you should remember – don’t attempt this feat until you are absolutely sure you are ready. The reason for this is that doing it too early might lock you out of some achievements and force you to do all this again and we wouldn’t want that. So even if you have a particularly good run and you’re just a few moments away from escaping with all 5 characters, it would be optimal if you considered suicide.

Consider prioritizing upgrades for Joan Winslow, the Engineer, while not putting any points in Machine Mind, if you plan on using my grinding strategy in late game and possibly making your life a little easier this way.

Here are the involvement steps you would need to follow – In my opinion you’d only need to read through most of this guide after you complete Step 1:

Step 1: Play through the main story of Mooncrash:
Unlock all 5 characters
Complete all 5 Story Objectives
Escape using all 5 possible methods

The requirements to unlock each character will be displayed in the Simulation launch menu, so it’s pretty straightforward. This will sometimes require you to escape in specific ways – if a particular escape method seems confusing to you, you can refer to the Achievement: Contract Fulfilled section of this guide down below.

To unlock a Story Objective, you will need to meet certain requirements, which are also displayed in the launch menu. I’m sure you can manage to do this by yourself and consequently unlock Quantum Leap achievement, but if you have some trouble, see the relevant Achievement: Quantum Leap section of this guide below.

Step 2: Getting ready for the final run:
Get 7 out of 10 achievements, excluding No One Left Behind, Contract Fulfilled and Cryptomancer. Look at their specific guide sections below for instructions.
Complete 26 out of 27 KASMA Orders, excluding escaping with all 5 characters in the same run.
This part of the game will be a few exciting moments of unlocking achievements, exploration, Typhon hunting, scanning, etc., and then it will turn into hours of grinding for Galaxy Brain, although I still found it enjoyable. Look up the Achievement: Galaxy Brain section below for information about Typhon research required to unlock all Neuromod skills and Grinding sections at the bottom for a complete grinding strategy.

Step 3: Leaving no one behind:
When you complete all of the requirements from the previous step, see the relevant Grinding: Strategy and the Final Run section at the bottom of this guide for an escape strategy and get ready to say goodbye to Pytheas Moonbase.

Looting:
Try to loot everything in sight and look into every possible container you can see. I have found countless Neuromods, Chipsets and Fabrication Plans in locked bathroom stalls and trash bins. The more you loot (and recycle), the more Neuromods and Delay_Loop.Times you’ll be able to fabricate, bringing you ever closer to your goal.

Look out for all of them, but most importantly on the Special ones – they are the Mooncrash equivalent of a gold chest and they have very high chance of containing the most important stuff: Neuromods, Chipsets and Fabrication Plans, often all at the same time. And they’re always in the same place, so you can memorize where they are if you have difficulties with finding a particular Fabrication Plan, hampering your progress (like Neuromod or Delay_Loop.Time). A smaller variant of the Special Supply Crate is a Briefcase. It’s also gold with the Transtar triangle pattern, so you can tell them apart from the usual brown Luggage (although those also often contain valuable loot). There are around 16 Special Supply Crates throughout Pytheas Moonbase and around 8 Briefcases.

Many little rooms in Pytheas Moonbase are reportedly appearing and disappearing at random, so you sometimes get a Trauma Center and sometimes a normal Maintenance Closet, so your mileage compared to this guide may vary – if you encounter something in my hints that simply doesn’t exist in your run, then don’t hesitate to let me know.

* Provided you already have the Three-Body Problem achievement (see relevant section below).

While they all have their legitimate uses, they take up necessary space and give an abundance of recycled material that can be used on better items. There’s probably more to be added to that list, this depends of course on your personal play style.

One Recycler Charge is very underwhelming in combat situations, but it gives you 0.60 of both Mineral and Synthetic material, while you’ll be hard pressed to recycle environment objects into that much using one of them without wasting precious time to bunch up everything in a corner.

The GLOO Cannon and Huntress Boltcaster can be used to dispatch Cystoids from a safe distance, but that’s about it. They’re useless in combat and as far as I know there aren’t any remote buttons that you’ll need to activate remotely or places accessible only via GLOO climbing throughout Pytheas Moonbase and you’ll rarely encounter damaged power junctions throwing electricity at you (unless you damage some yourself) and even then GLOOing them is only a very temporary solution. Only Joan can repair them anyway and she can disable them safely with her Electrostatic Burst.

Better yet – if you already have access to Potentializer 23-0948Si (Advanced) Chipset, consider forfeiting Psi Hypos to recycle them into valuable Exotic Material, while your Psi regenerates passively.

Machines:
Destroy every Corrupted Operator that you encounter. They drop very valuable batteries and Spare Parts for Joan.
You should consider also destroying any Operator that you find roaming carelessly through wide open areas like the Moonworks, Escape Pods or the Cocktail Lounge. They are usually Engineering Operators that aren’t really all that useful, while with the next Corruption Level change a Technopath may spawn in that area, immediately making them dangerous.
Destroy every Harvester you encounter. Their weak spot are the blue glowing engine parts in the back. Every harvester will drop you some loot, a Control Module which you should give to your Mule Operator, a lot of Sim Points and sometimes a keycard for the Fueling Station.

Hunting your Typhon PREY:
If you want to progress towards your goal of getting all the achievements in an effective manner, you will need to actively hunt, pursue and kill any Typhon enemy that you encounter if you have the necessary resources. While every kind of Typhon will reward you with as much as 15 Typhon Organs or more, the large ones, called Boss enemies in the game files, will almost always drop a Delay_Loop.Time, which is critical to your survival and control over the Simulation. Therefore you should prioritize killing these enemies:

Learn their inherent weaknesses and further weaken them with status effects for easy physical removal. There is an increased chance of one of those residing in any of the Escape Pod areas, so be sure to always visit those, but be conscious about the danger.

Also, to unlock all possible Typhon Neuromods you will have scan all kinds of Typhon with the Psychoscope, so there’s that.

If all else fails:
If you aren’t ashamed to resort to save scumming, remember that if you die in a particularly stupid or frustrating manner, you can always ragequit by immediately hitting ALT+F4 and the next time you launch the game, you’ll find yourself alive, at the last save. Unless you saved manually, the game autosaves your profile each time you enter an area, of which there are 4 in total. 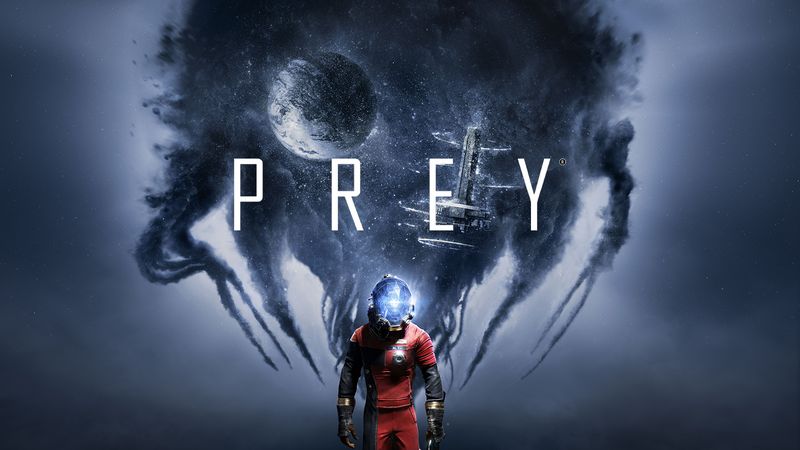