If you also like to avoid main plot and you keep focusing on side quests and additional things for unlocking – stay here and keep reading, as we’re about to share few bits.

How to Boost your Resource Points

Simple as that: Once you figure out basic movements and fighting styles, head towards the local graveyard. You will be surrounded everywhere by tombstones, grave glass candles, wax candles & paving cubes. If you will decide to destroy a tombstone, each one gives you 5+ resource points. 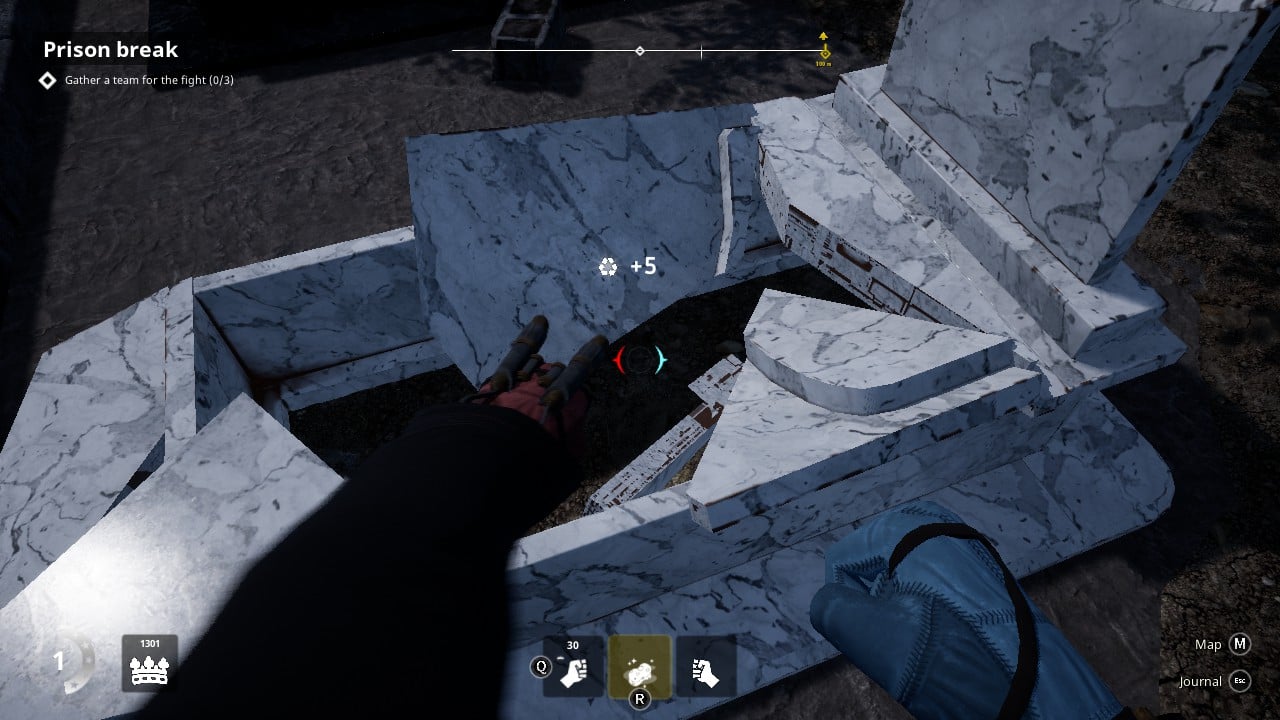 Every single glass candle gives you +1 point for smashing it, as an example, which is good thing. 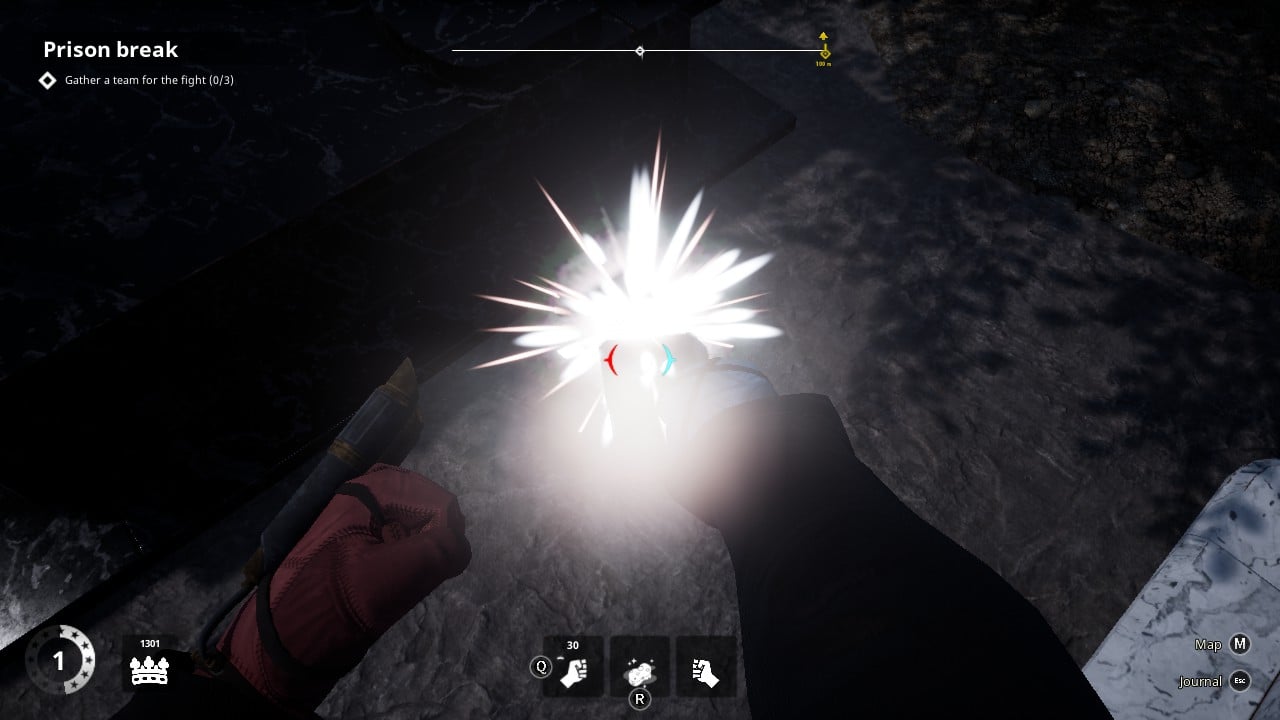 Almost near every grave, you can find plain candles, so keep pressing F and collecting them too. 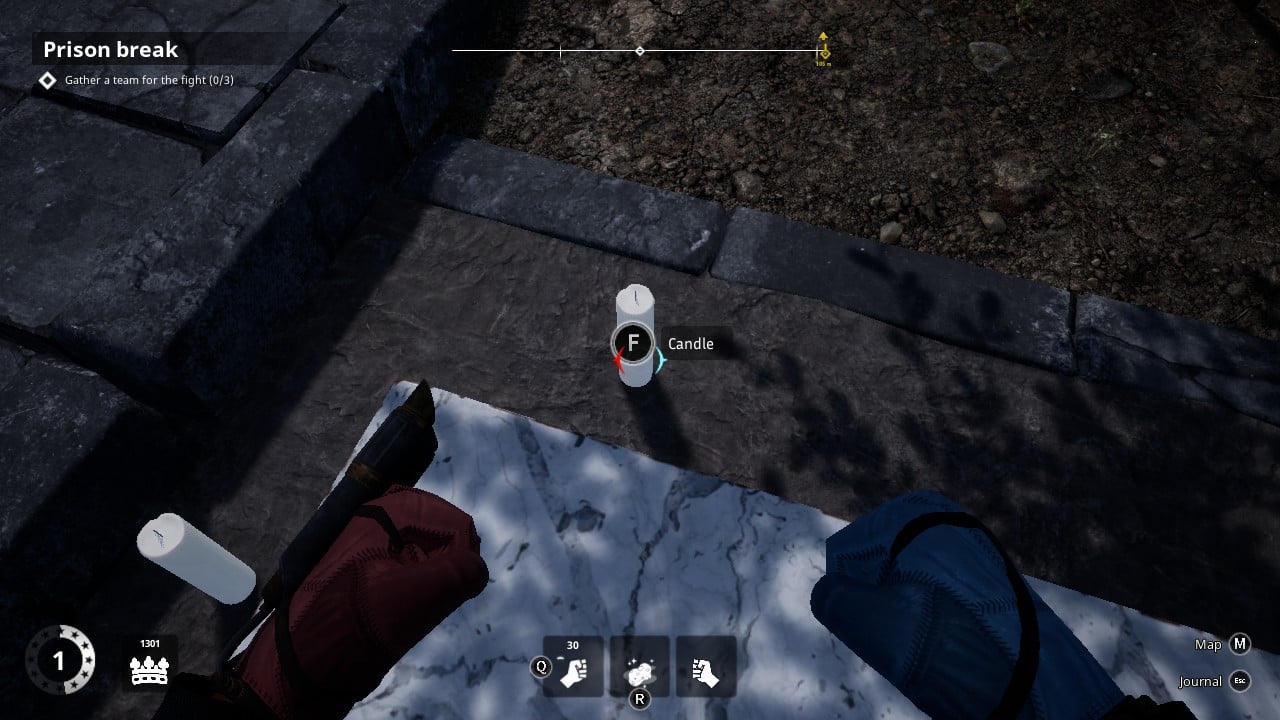 Also: don’t forget about the cubes. Single each is worth 3+ points, so it would be a waste, to not smash them all. 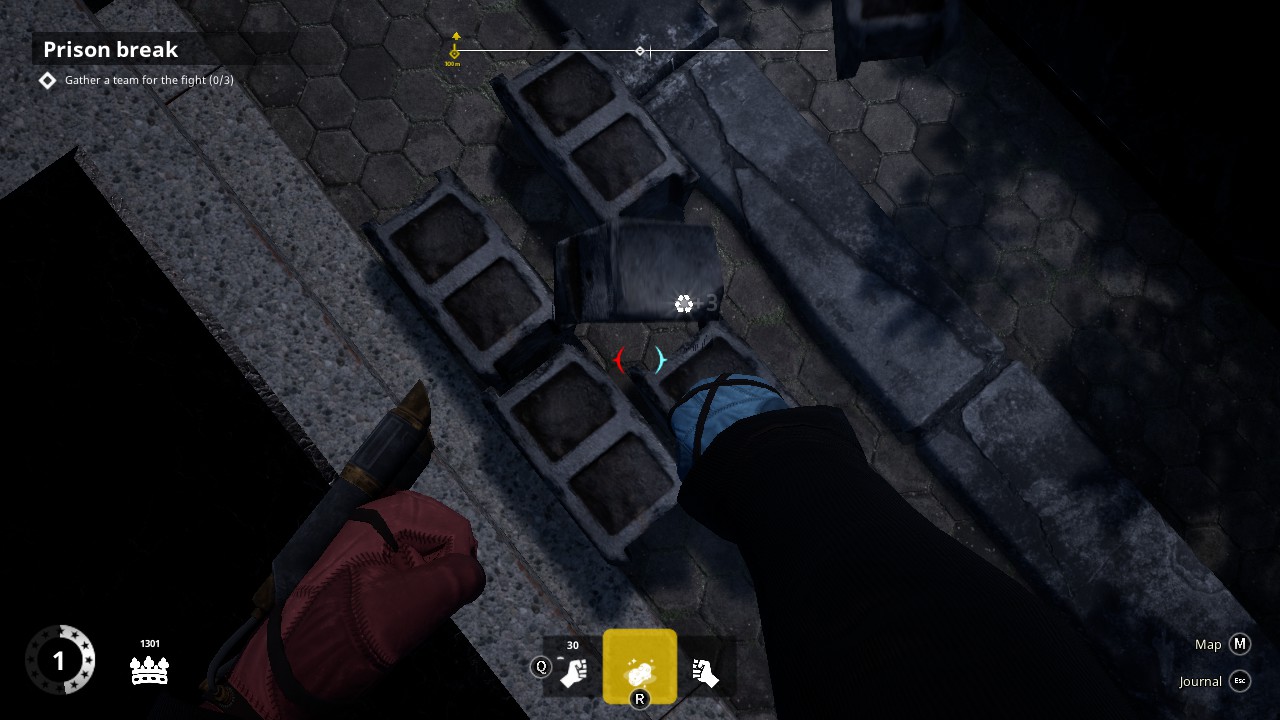 Don’t worry about loosing all this things, as they keep regenerating during the smashing-session. So that is an endless process if I have to be honest. In one less than 20min go, I managed to move from 500 points to more than 1000. Which is quite helpful if you are a careful type of player and want to upgrade everything ASAP. 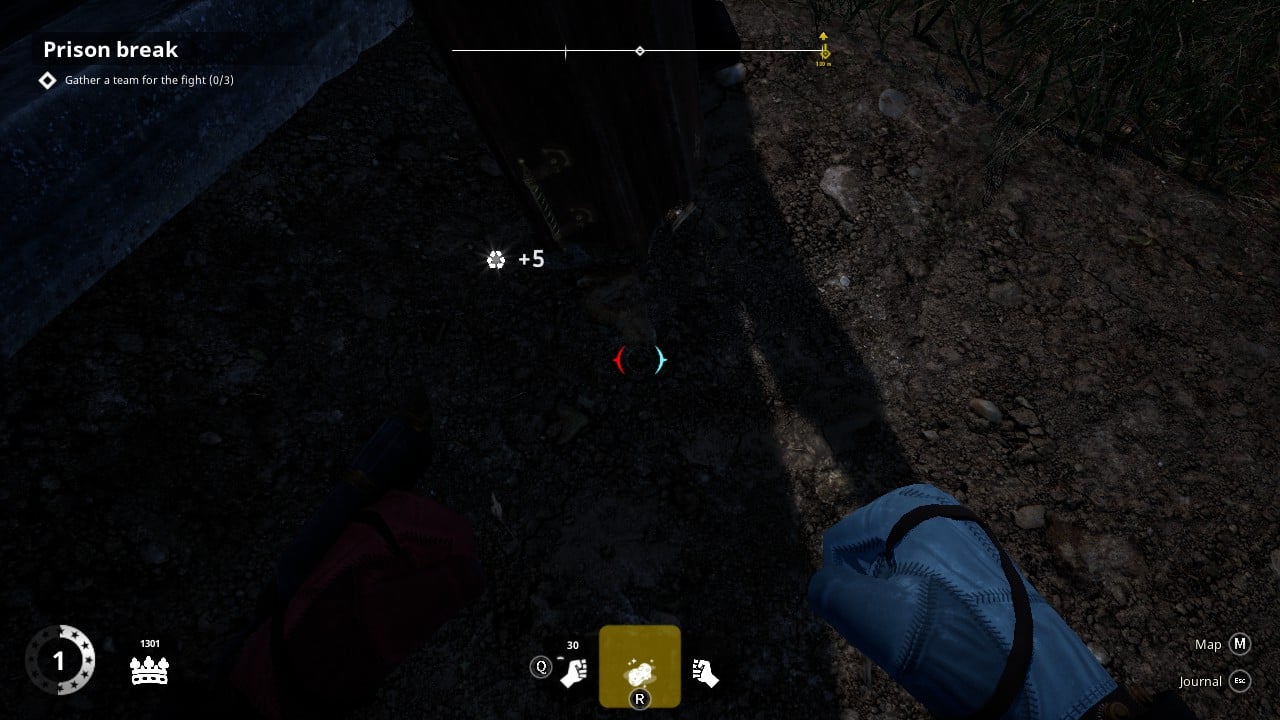 For each of the coffin you gain +5 points. But there is one more thing: Keep searching for bowl and flower vases around the whole cemetery. 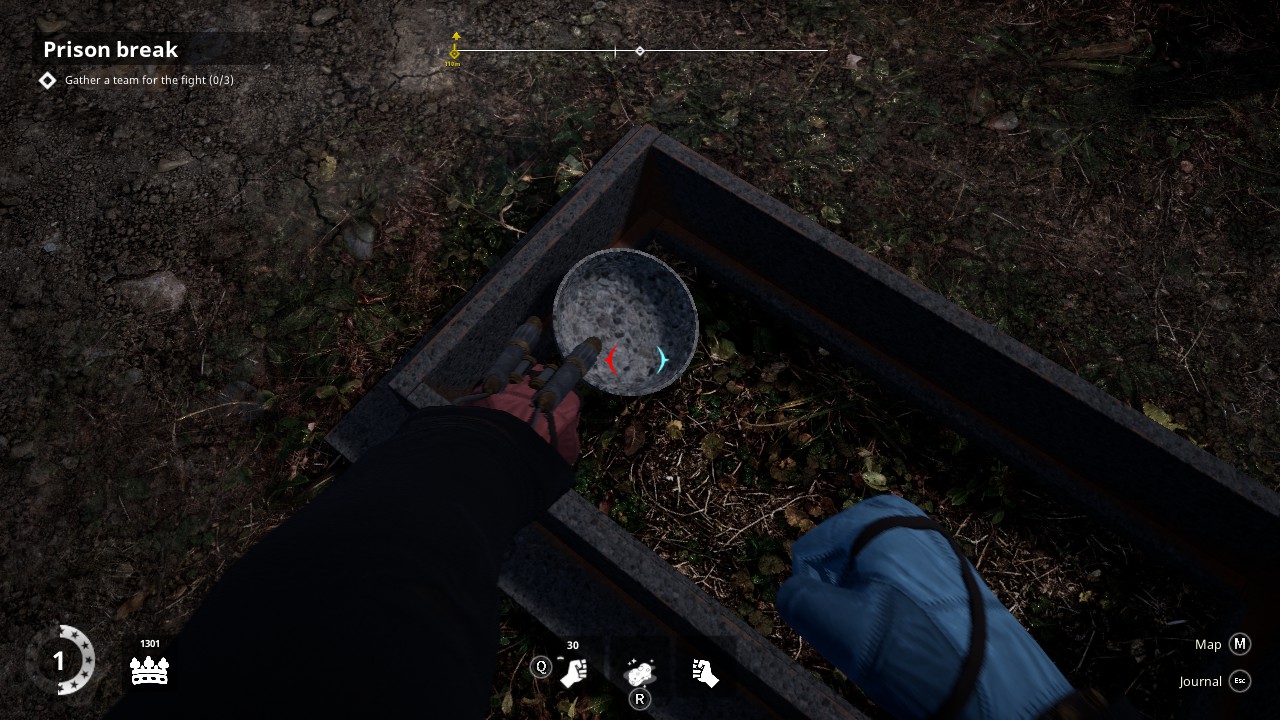 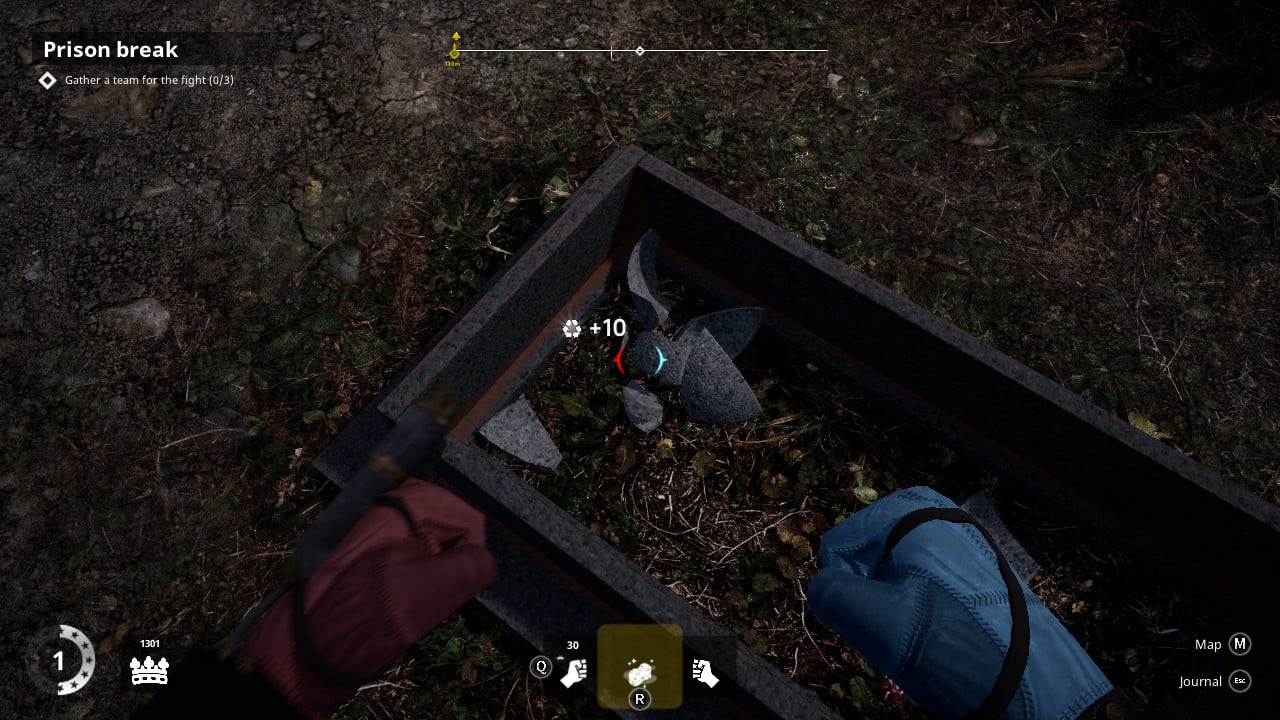 As you can see on the above example, each round bowl may give you a 10+ which is very rare tbh.

But that’s not the end.

You see, there are also very rare gemstones lets say, like hidden money, which is of course one of the resources that you depend on very often during this whole game. To find hidden money, you need to look for quite tall tombstones, such as that one presented below: 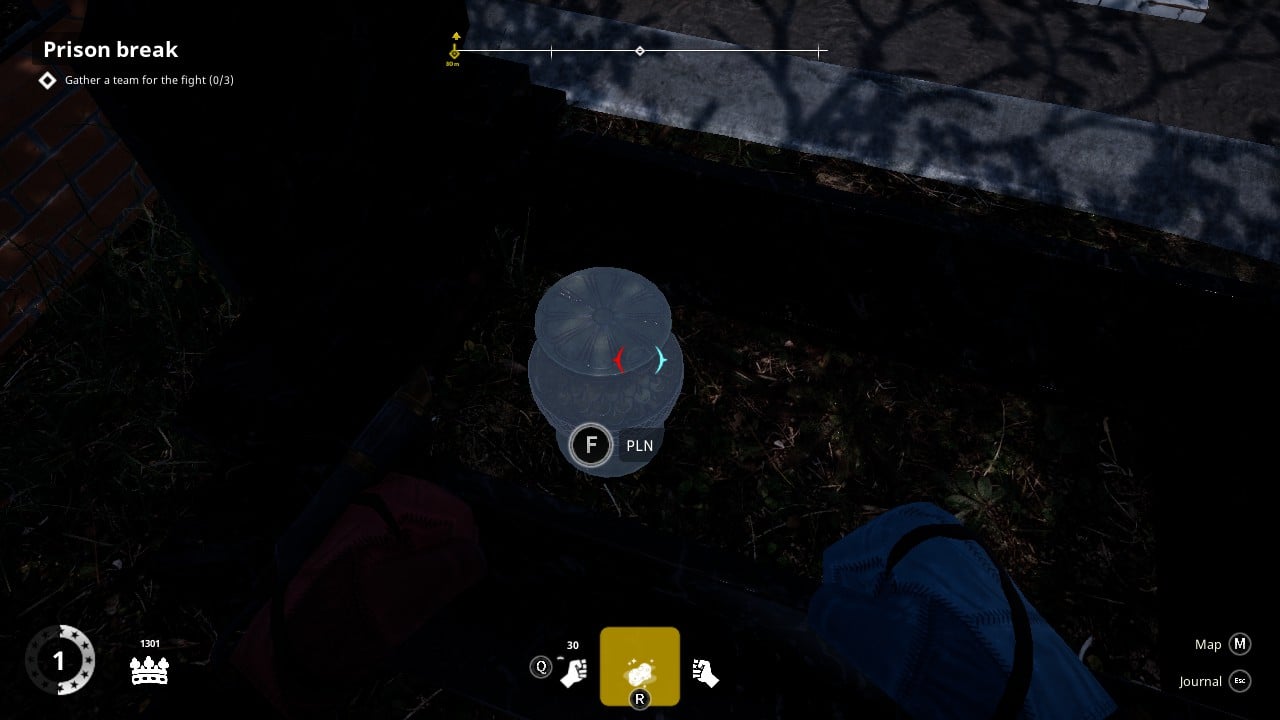 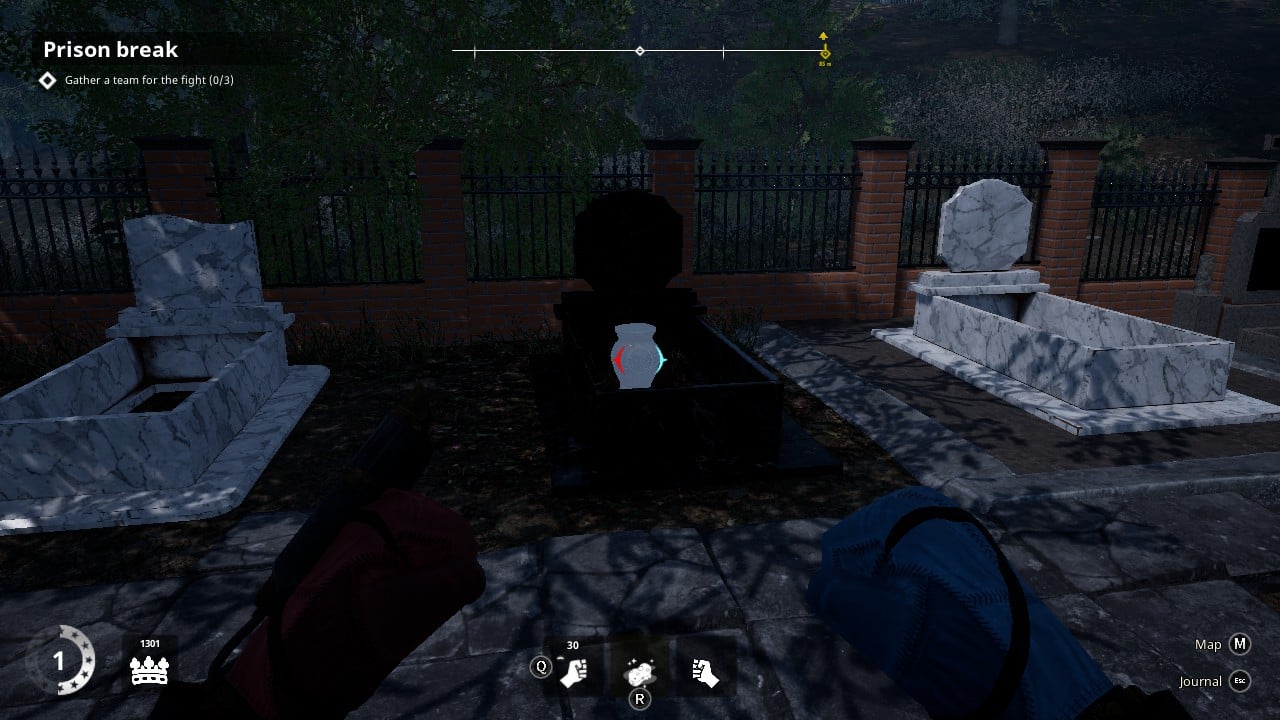 I had smashed the tombstone, spotted shiny gold urn after all pieces were gone, and it was containing some money. So that is not so bad, as for that location.

I have also obtained holy bone, which was a surprise, but as a collector I felt satisfied with this additional discovery. Even, one of the blue scrolls with weapon upgrading scheme was hidden under another tombstone as well. That proved how much this location is worth of the attention. 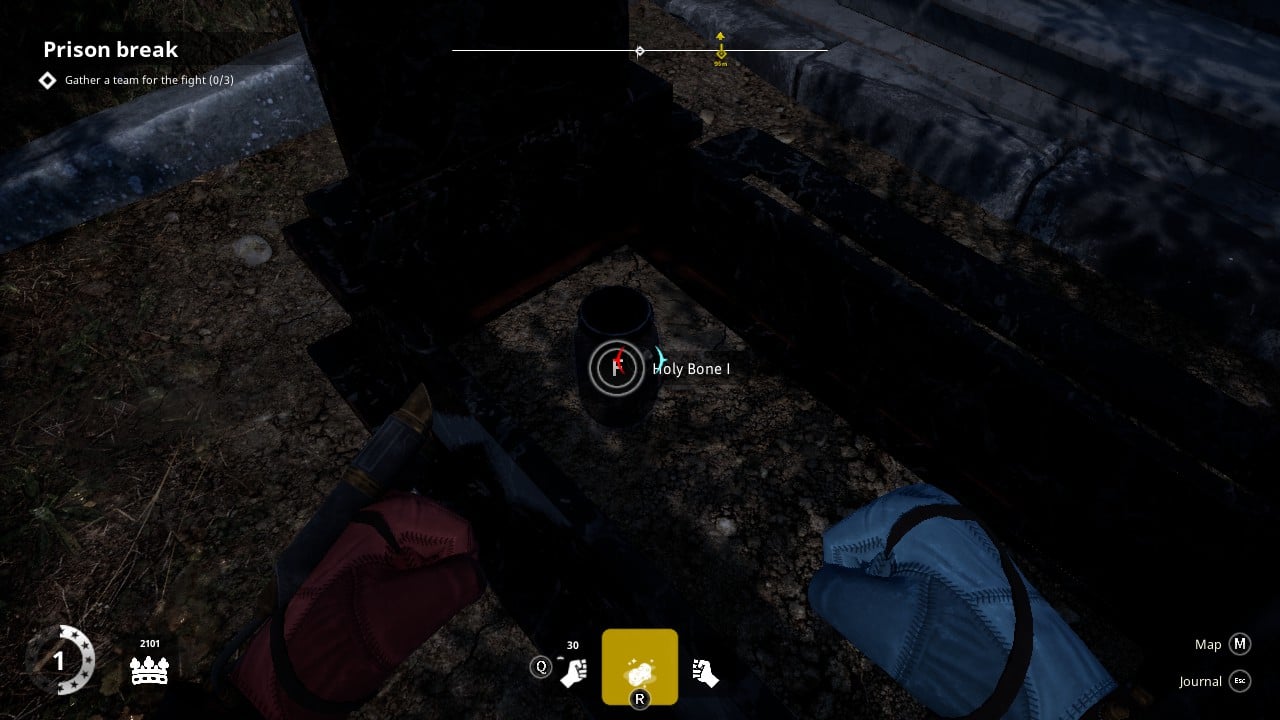 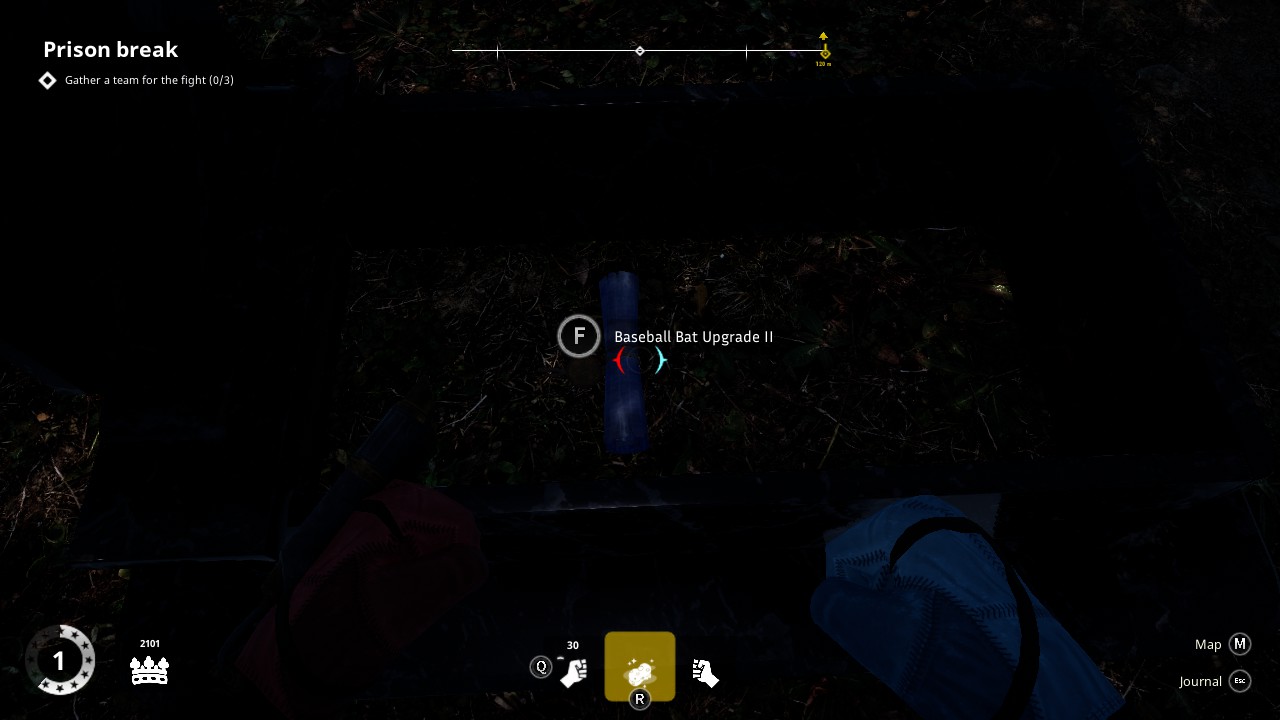 What I almost forgot, is the classification of some sort. You have single tombstones, double ones and triple ones. On the triple ones for each segment I was gaining +5 points, so “smash them all” shall be a new anthem for using here *add your tune here*

Maybe: Yeah, you will find something, that I did not mentioned yet, and if possible share it with the others.

As well as wise usage of your tools. If some of you had already received the telekinesis glove, and managed to collect the disk for weird-frog-guy, then you have a chance to get yourself nice drops. 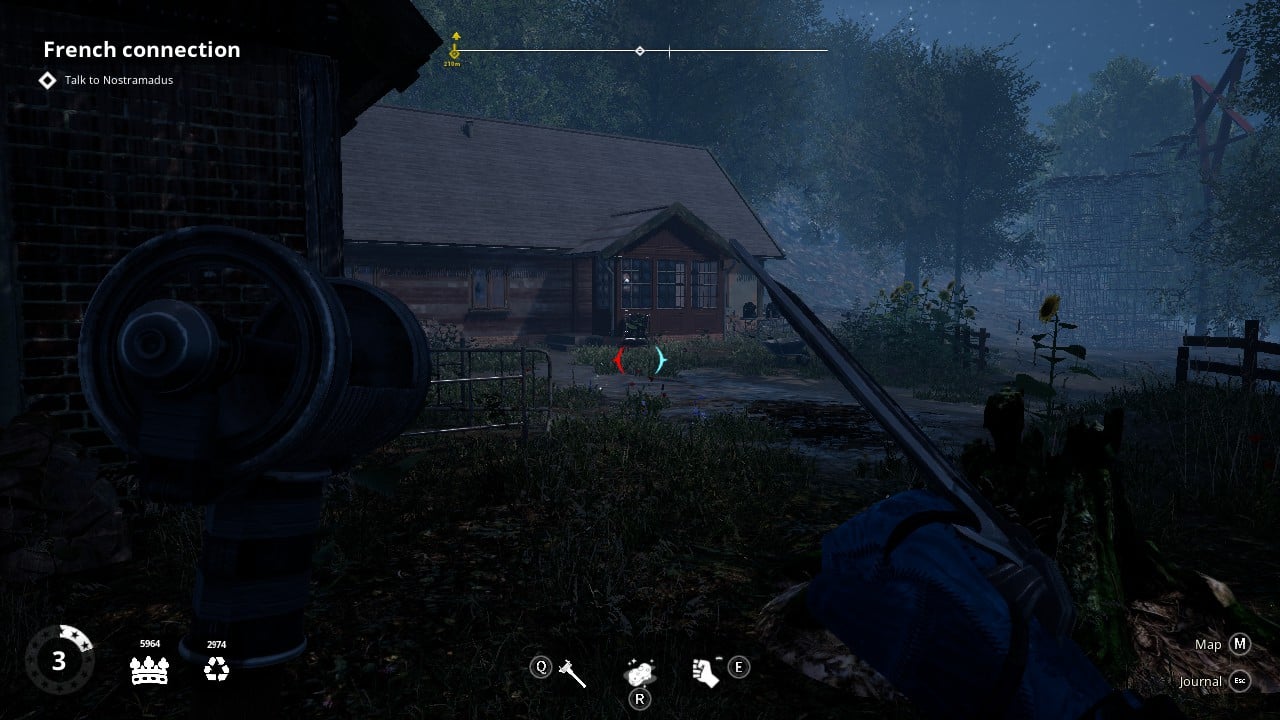 On the left hand side, you have found disk inside of the barn. Try to use the blue glove to move all the object, as you should place something on the unit shelves to climb up. You can find inside two graffiti that has to be clean up, and also some drops. If you enter the house, you will get from there a codex book (3rd one in my case) which you need for confessing mini-games. 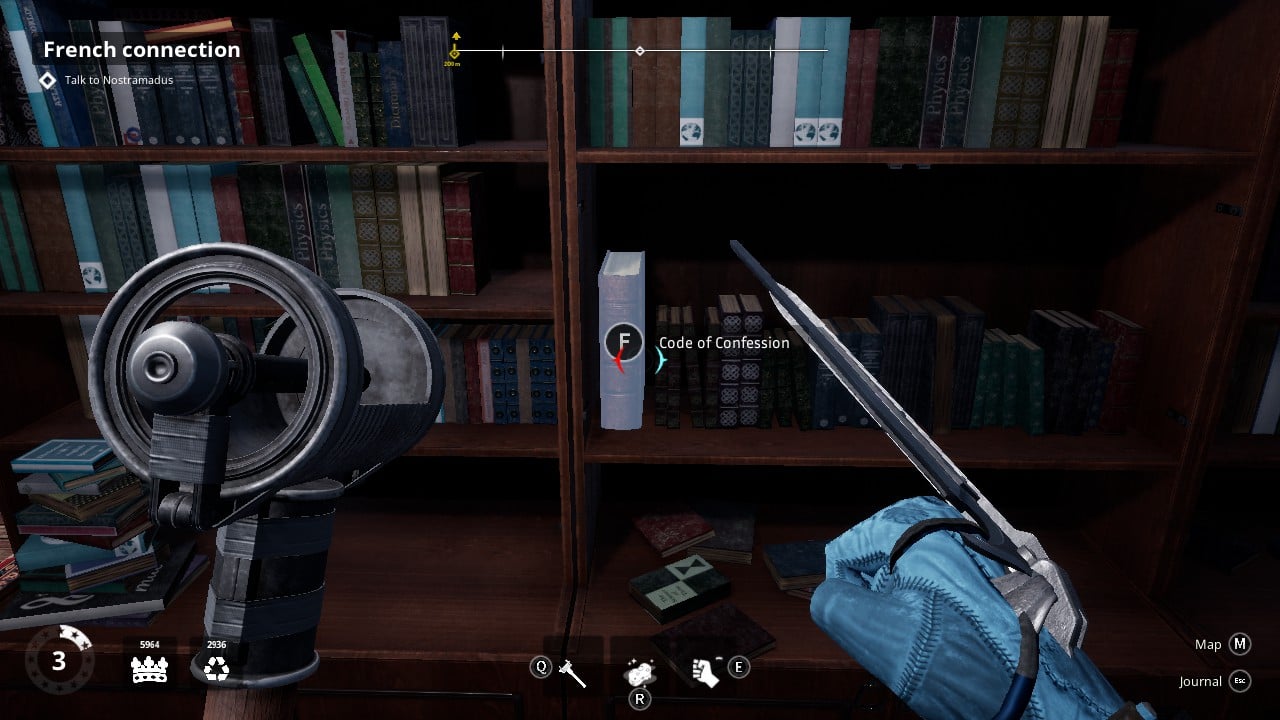 Also, you will get another upgrading scheme, glove related. But that is not just that. If you enter the basement, you can find graffiti to clean, new weapon (hammer visible on the screenshots) and also a lot of money hidden everywhere. 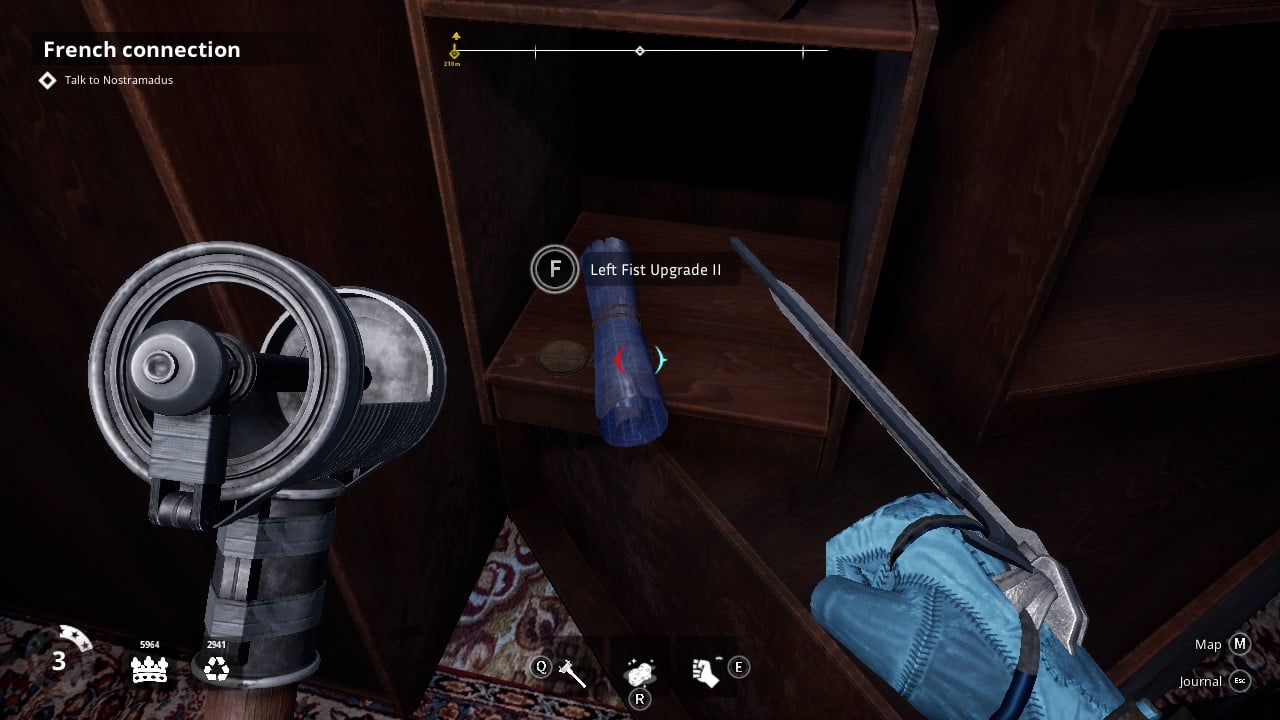 So in total: You can either smash small object around this place, or other houses, or if possible, try to enter them and look up the whole place for interesting drops. So far, if that is not a random algorithm, I found in that location 2 jars with holy things, more than 1000 PLN and some stuff to smash, worth good number of points.

One of the most important tasks in this game, rotates around fixing the church, to improve christy-kristy level all around. Since I have a strategy to focus on exploration and all drops, during total 8h of playing in that game, I managed to follow main quests, save 8739 PLN and saved 3004 resource points. So: 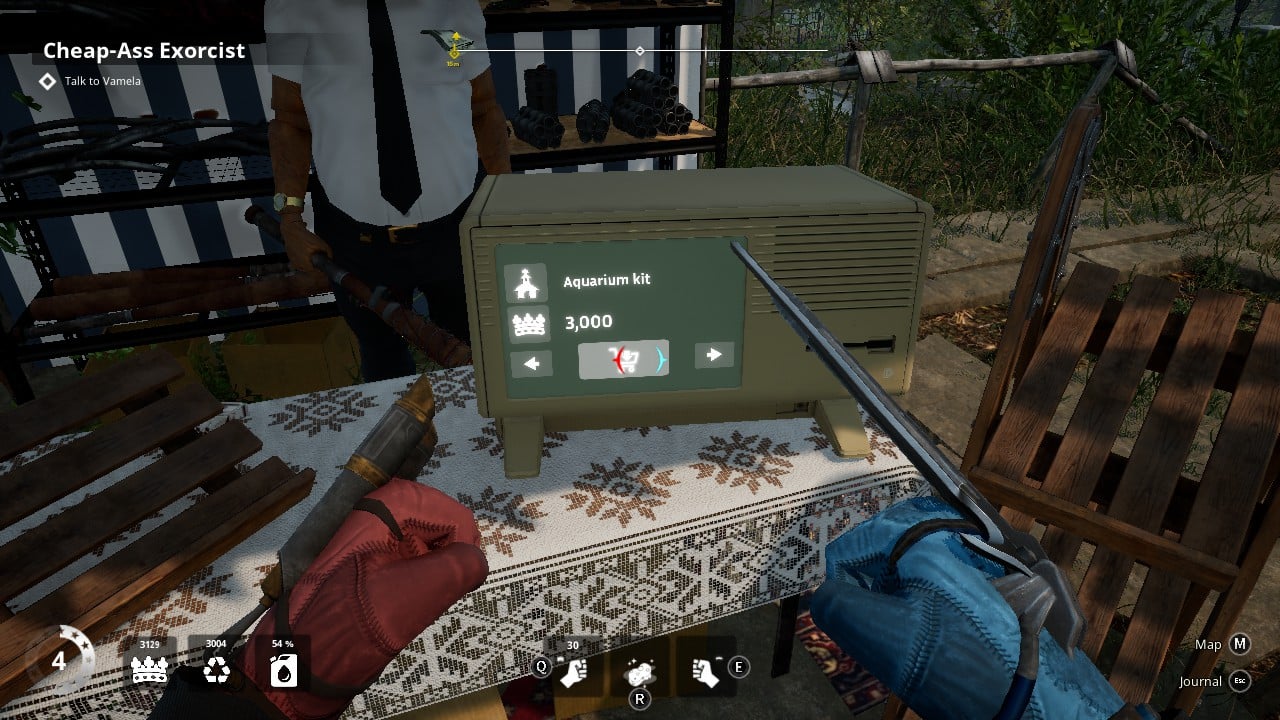 I was wondering how aquarium would look like in a church, since nobody tried that yet, but of course I want to be in advance with main things renovation. With my money, I managed to buy all renovations available for 800pln. Then I bought aquarium and atm I almost have no money left. However so far: 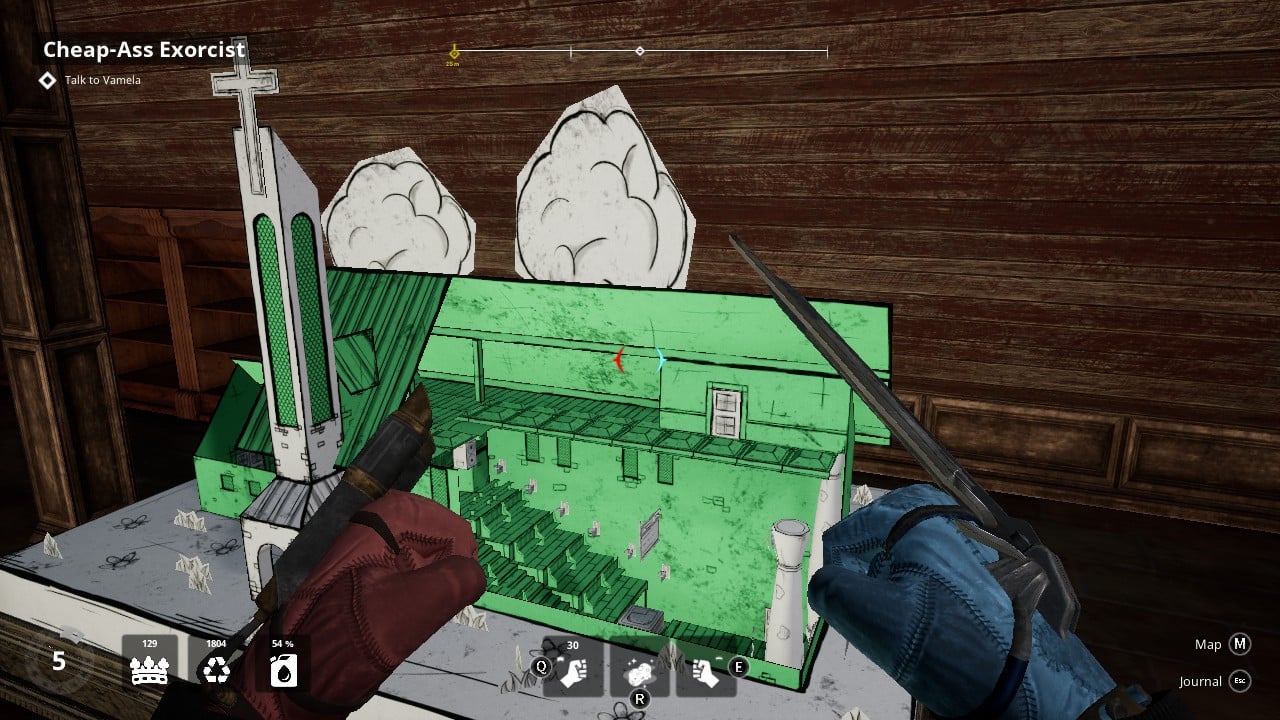 My church is almost fully green, which means that this is how much I managed to edit since like yesterday. So I may be moving forward with that, instead of going ahead with main missions. Also, what is interesting, this is how the aquarium looks like, if anybody have ever wondered is it worth it: 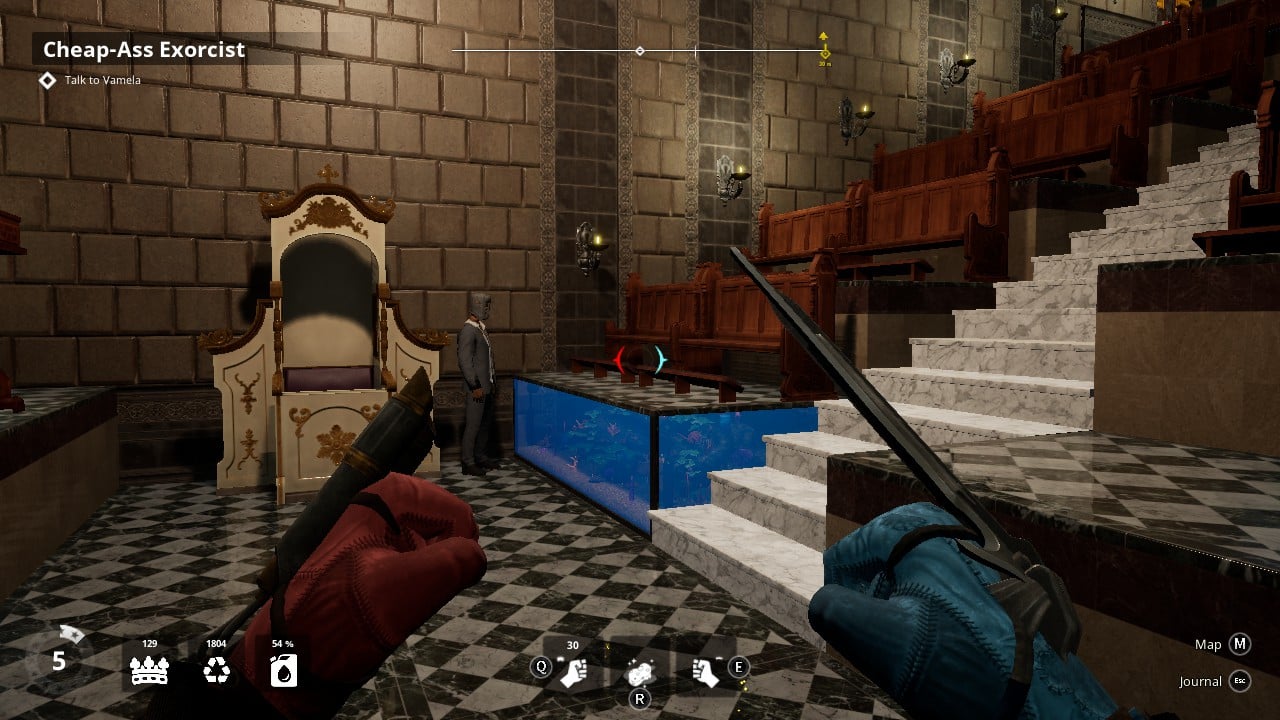 I think it’s not bad, but I am even scared at this point of the possible look of Jacuzzi or Lava lamp, which are also available in the pimp-your-church shop. To show you the overall look of main hall, I did some additional screenshots, so you can compare how much of a change this green stage provides: 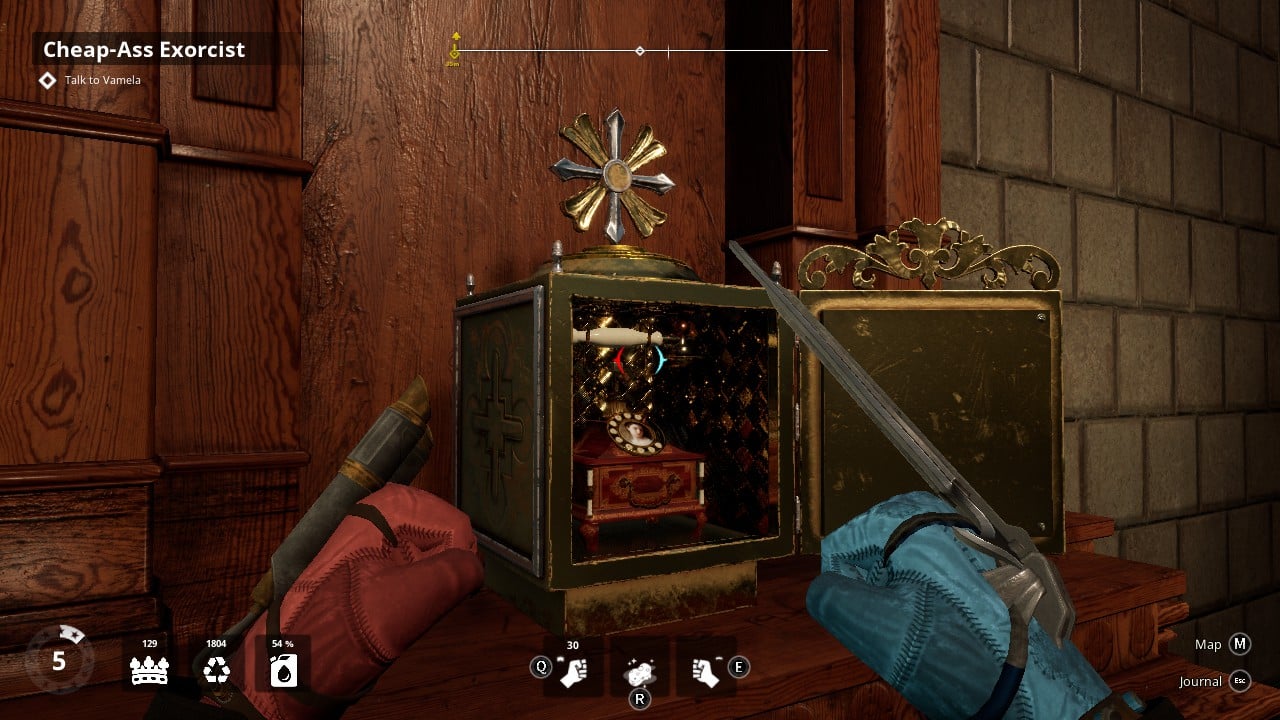 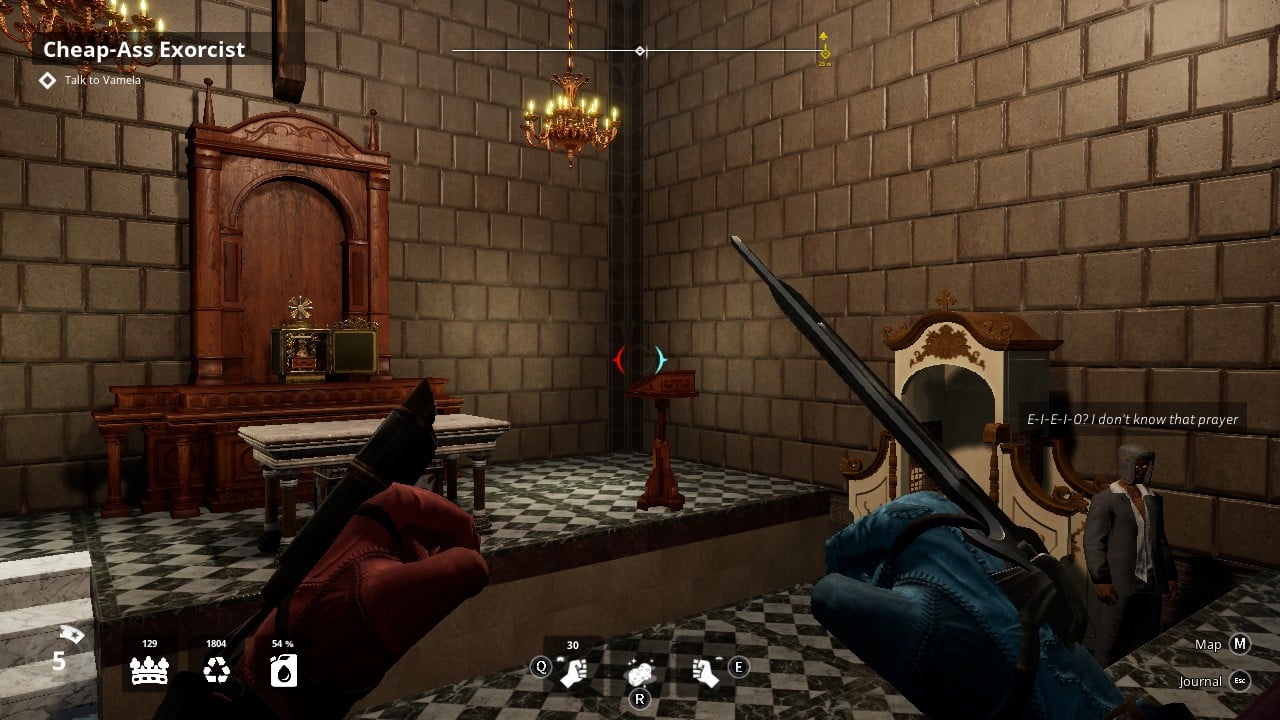 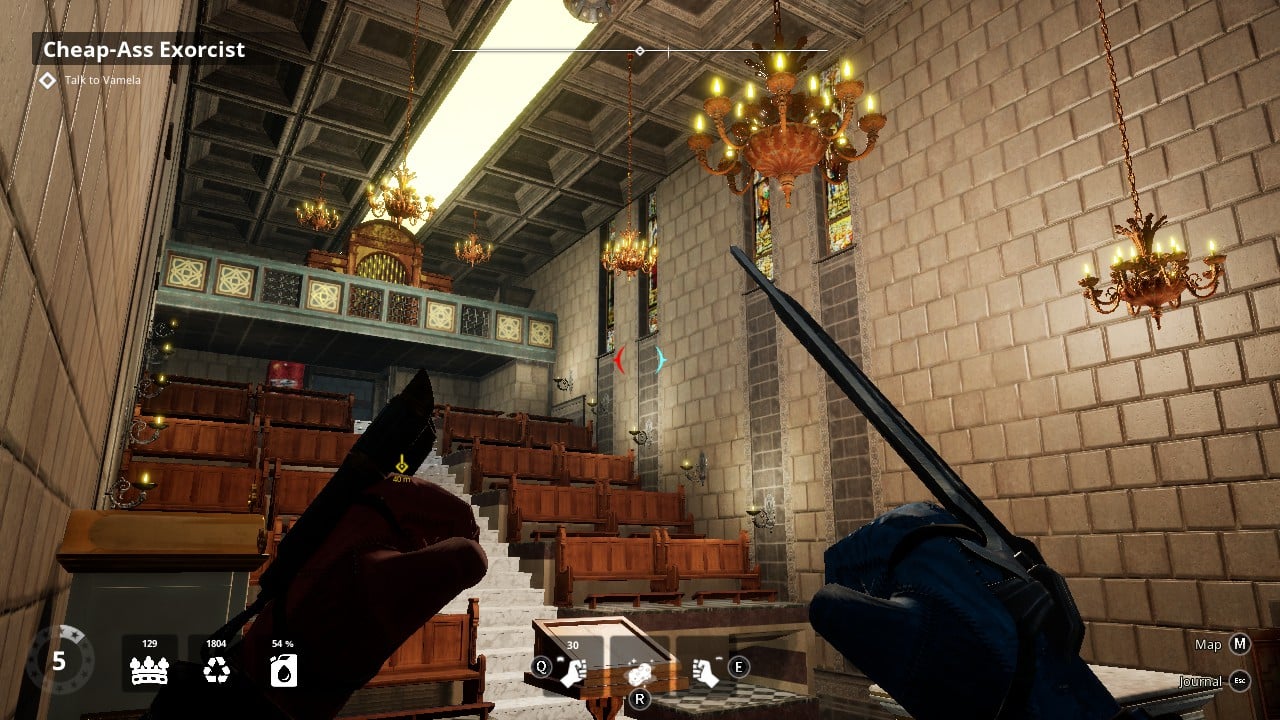 And yeah: The biggest sarcastic joke in this game is the fact, that a lot of polish priests are trying to build that sort of extravagant churches, instead of helping other people and using money more wisely. True fact, and the best gem in this game so far – if we focus on the side things only. I’ll keep you updated on all of my next church upgrades. 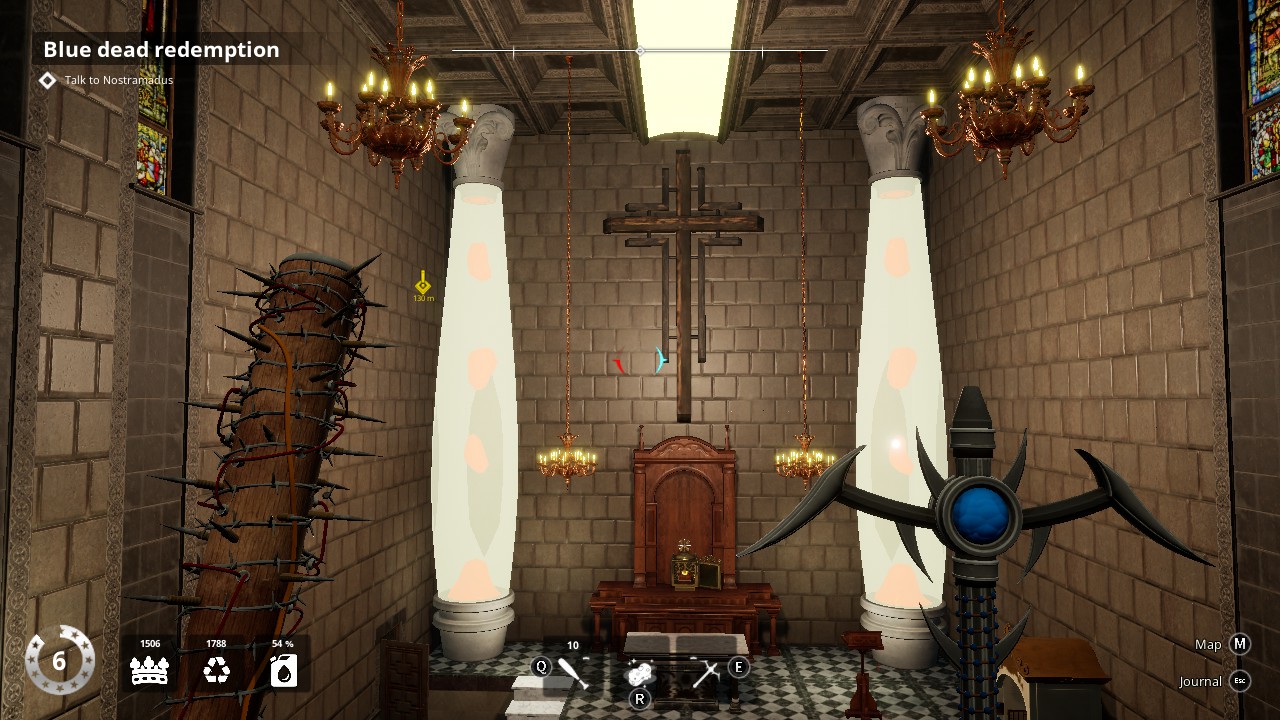 Sunday Update: So I had decided to go-on for now with people confession. During that (I got 3 books only) I manage to raise money quite fast, instead of wandering around and exploring. So far, above you may see what “lava lamp kit” is meant to look like. What is more funny, I also bought Jacuzzi: 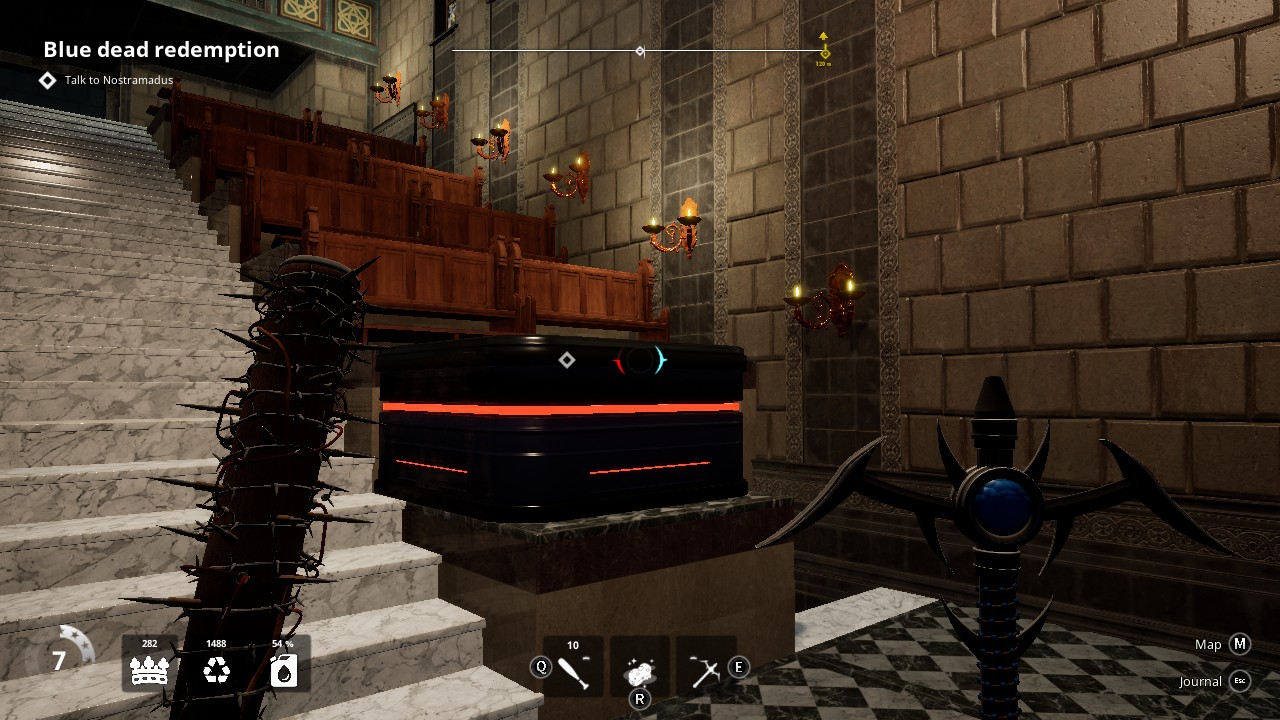 And that had just killed me. If you press F on it, you can generate some steam coming up for a while. 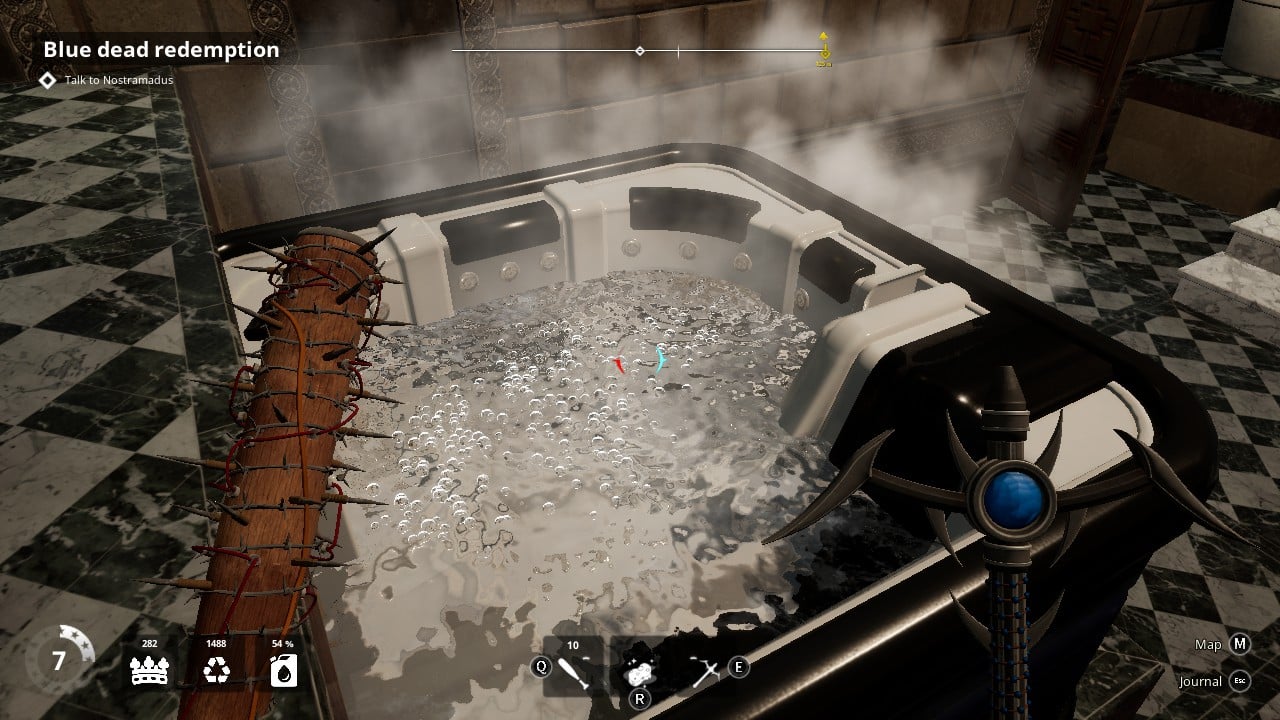 To show you how much ridiculous it can become as a church building, with each next modification, I decided to upload a short video. I never laughed so hard, like when I activated the DJ console inside:

So if you are before or after the fight with Dog-lady, you should be completely aware of the fact, that local businessmen and grab are cooperating together and running their own diet supplements shop.

It is quite useful place to stop by, due to few reasons. Most obvious one is the fact, that each product can boost our statistics, and we gotta lvl up faster before the boss fight, right? So ladies, gents and non-binary players, it is time for some shopping with quite handy tips over here. You see, each product:

Manna powder for example costs 800PLN and boosts your defense stats. It looks like you have only 12 jars of it to go. Similar situation takes place with the other products, which boost stats such as:

Large Monohydrant – is related to increase of your attack and costs 800PLN as well.

Large Amino Acid is quite cheap, for 500 PLN only and can boost your health.

Large communion concentrate is for 600 PLN and increases your holiness level, so that is least favourable one (unless you have your own gaming strategy, and that is a stat which you are desperate for levelling up), and also the price differences are making it harder for you to afford such a luxury.

Here comes the resource point swapping! If you remember the funeral guy, who has his shop stand, opposite to church, you can stop by his point at any time, to change your resource points into money. You need about minimum of 150 points to make a swap for PLN currency. It comes very handy when you have to buy things, you have to boost your skills, and you need to do any shopping quests.