Start this mission by approaching the Sheriff’s office in Rhodes. Dutch has gotten the sherif drunk as hell off some strong liquor and convince him to deputize both himself and Arthur. 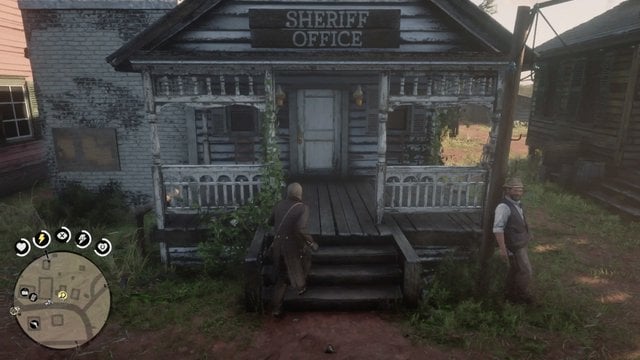 You both agree to help shut down a few illegal distilleries producing moonshine nearby, run by the Braithwaites.

A you ride with Archibald the deputy, you’ll learn the Braithwaites once ran profitable cotton farms, but the abolishment of slavery made that business… less profitable. Now, they deal in moonshine.

On your way, you’ll see a destroyed carriage – most likely the work of the Lemoyne Raiders. Inspect the wreckage. 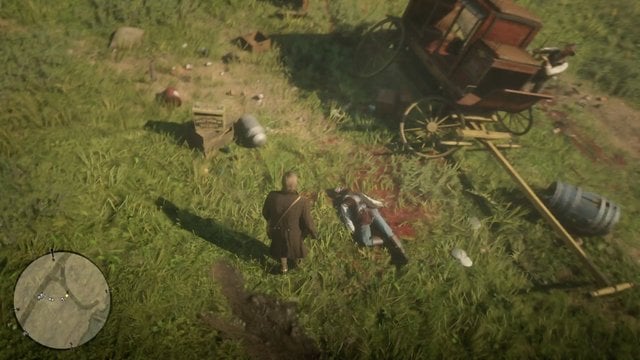 Now when you return to the carriage, you’ll be driving. Once you reach your destination in the bayou, you’ll stop. You can change your weapons before approaching, but once you’re ready, follow Archibald.

Stay crouched with the men. They’ll let you choose which way you take them on. We’re taking the left. 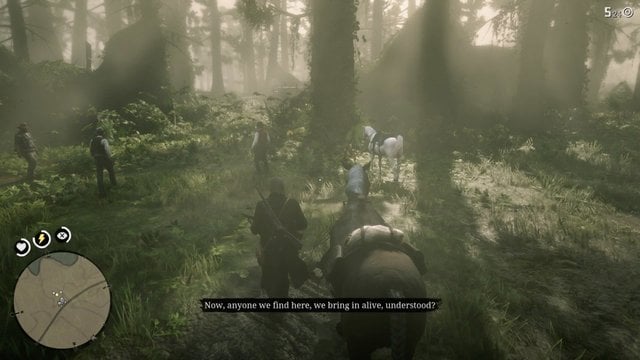 Be aware, if you’re seen, you will fail the mission.

First things first, equip your lasso. Sneak up to the fellow in the back of the wagon to the left, and lasso him out, and knock him out with a kick. Someone else will finish trussing him up for you. 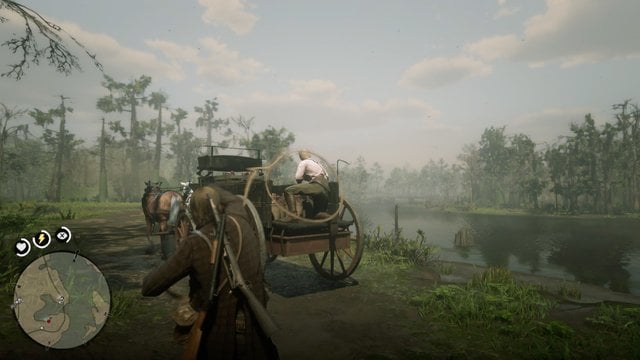 Go across the bridge – stealthily – and lasso the man by the distillery on the river. Knock him out, and carry him to the cart. 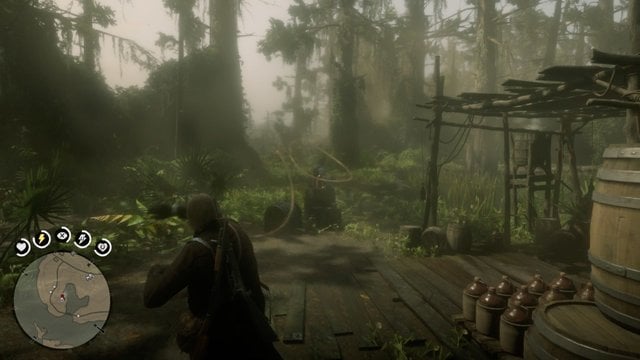 Your friends will have all caught some people as well. 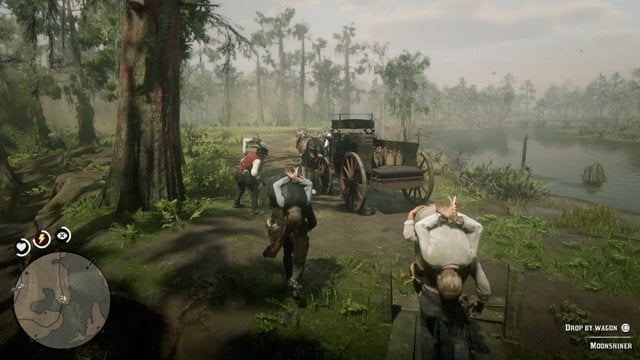 Now head back to the distillery and place the dynamite with R2 without igniting it. Pick a spot you can see, cross back over the bridge, and then shoot it to explode the equipment. 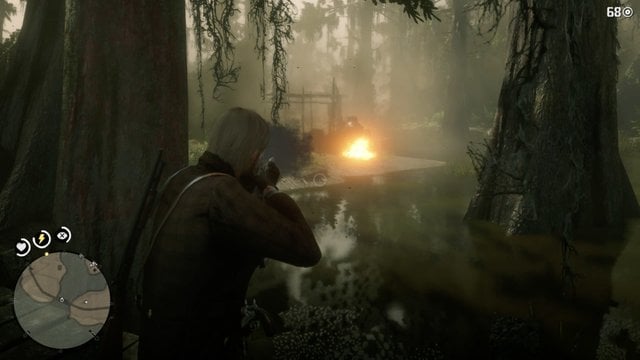 As soon as the explosion goes off, the Raiders will appear, ready for a fight. They’re at a camp just south of where you are – head there immediately. 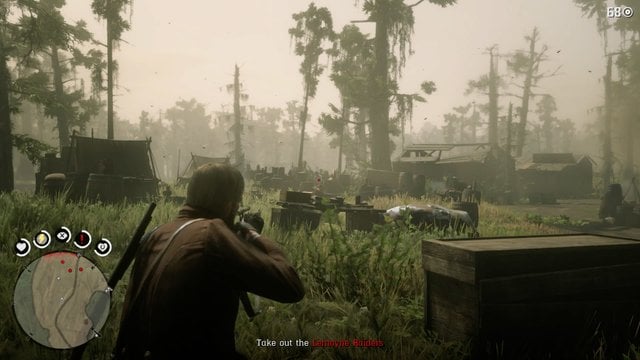 [su_note]You can’t take any damage, so be cautious. You also need to get 10 headshots while maintaining a 70% accuracy. Stand in the back , taking cover, letting your teammates soak up damage for you while you line up headshots. [/su_note] 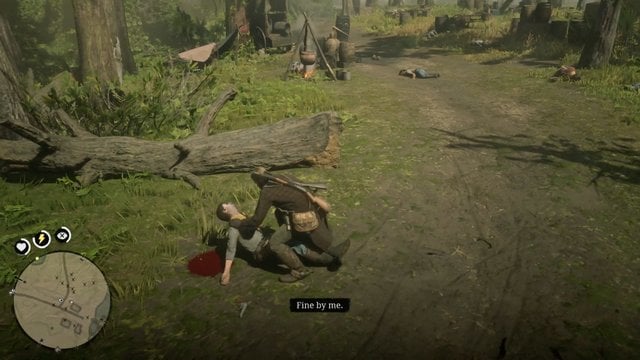 Once you’ve cleared the camp of Raiders, loot the bodies. They’re X’s on your map. Don’t worry, you have some time, and it’s definitely worthwhile. You’ll amass quite a few valuables you can sell to a fence at Rhodes.

When you’re done, return to Dutch – he’s the yellow dot on your mini map, north east of you. The Deputy will take a few jugs of the remaining moonshine, and Bill will drive it back to camp. 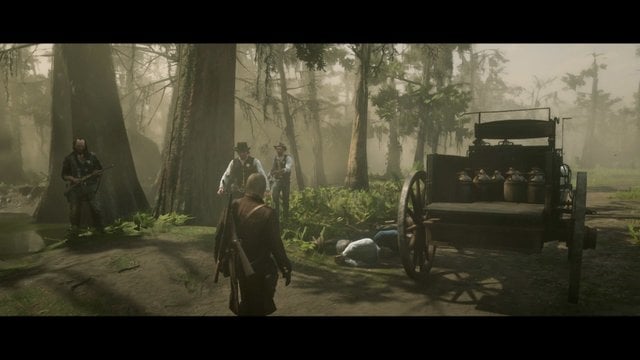 Ride back with Dutch. On the way, he’ll challenge you to a race back to camp.

[su_note]To make gold, you’ll need to win the race. Mark it on your map, and take a straight line to it. But be smart about it – don’t run into trees too many times, and you should be fine.[/su_note]

When you arrive back at camp, whether or not you beat Dutch, the mission will be completed.