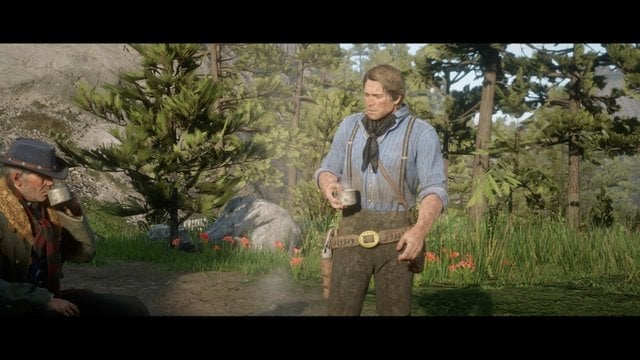 The next morning, you and Hosea will start off talking bear catching strategies. He’ll ask you to craft Potent Predator Bait.

After you’ve crafted the bait, you’ll pack up camp. Get back on the horse and follow Hosea closer to the lake. Hosea will talk about his time with Bessie.

Don’t forget to take your rifle from your horses’ storage. 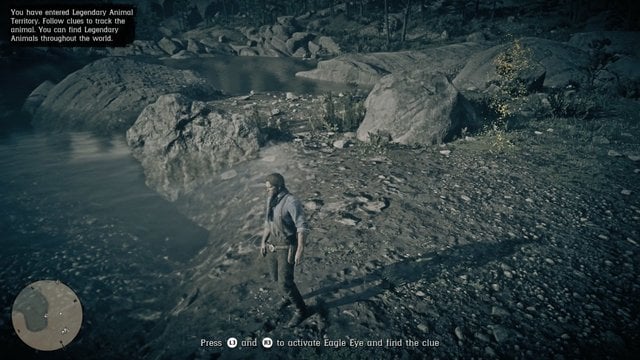 Once you reach the water, you’ll get off the horse and be notified you’re in Legendary Animal territory. Use Eagle Eye by pressing in both sticks to see the start of the trail – in front of a large rock in front of the shore. Use it again and you’ll see the tracks that lead to the right of the rock, approximately northwest. 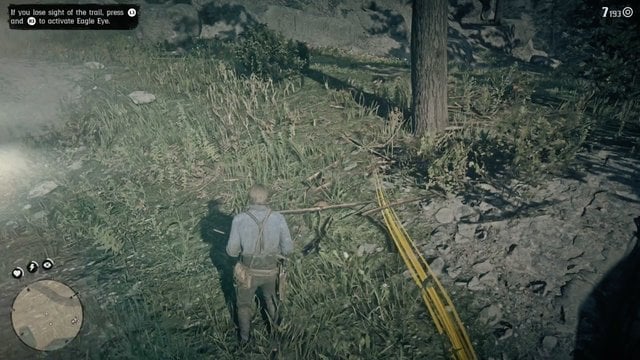 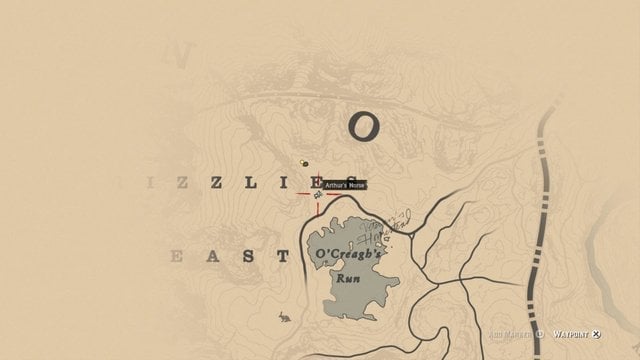 You’ll have to use Eagle Eye to keep the trail going, mostly north, but soon you should find a fish.

Go north from there and you’ll find another clue – bear shit! Hosea will stop by this clue. 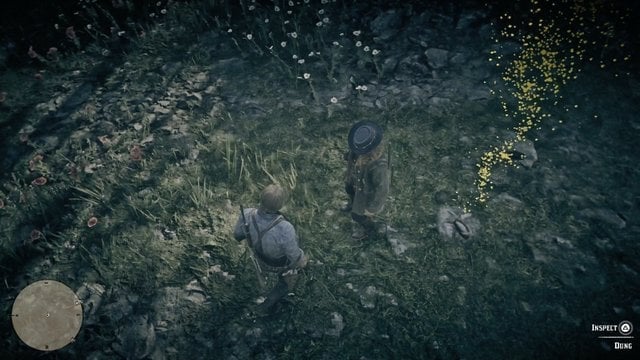 Go north again, and you’ll find the end of the trail. 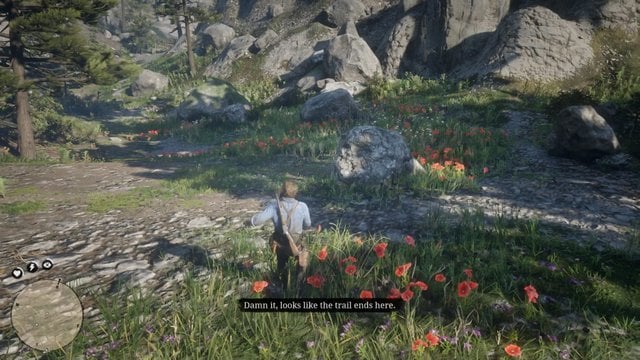 A short cutscene will play, and you’ll have to choose between splitting up, and using bait.

Choose to use the bait, then plant the bait by the boulders up ahead. The minimap will mark the correct area in yellow. 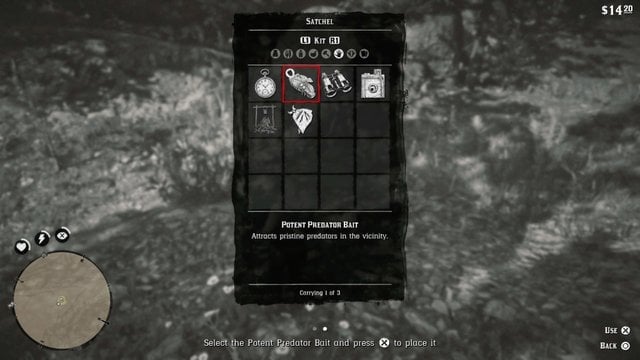 Once you’ve planted the bait, head behind the rocks and hide by crouching. Equip your rifle, then follow Hosea to inspect the bait.

Unfortunately, the bear will rush you. But you should be ready with a rifle. 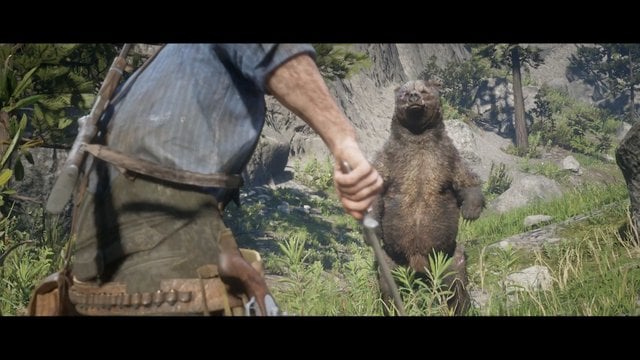 Activate Dead Eye as soon as you can, and shoot the bear at least six times to complete a Gold Medal Requirement.

**After scaring the bear away, don’t bother running after it. Check on Hosea. He’ll give you a book with Legendary Animal locations as thanks. 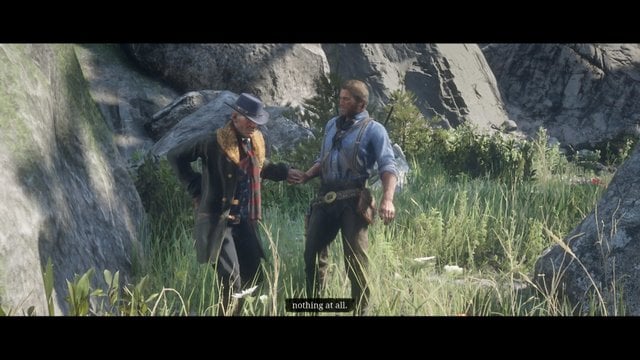 Now, you can choose to immediately show back up at camp with Hosea, or continue tracking the bear – which isn’t part of the main mission, but his first track is right next to you. but be warned, that bear is incredibly strong, and probably out of your league at the moment.