Who the Hell is Leviticus Cornwall is a Main Story Mission, and part of Red Redemption 2 Chapter one.

Who the Hell is Leviticus Cornwall Walkthrough 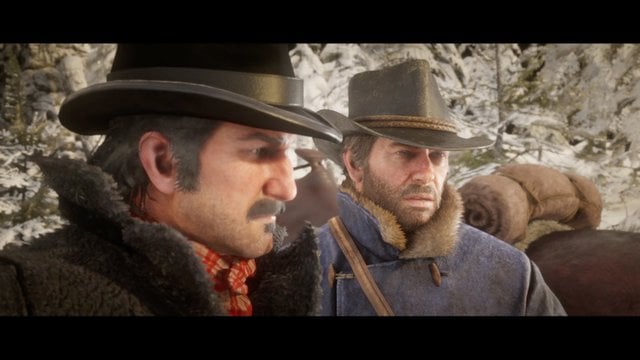 Quest starts off as a cutscene directly after Old Friends, and leads to you, once again, following Dutch on horseback. You’re going to go rob the train the O’Driscolls were originally targeting, and take the pile of bonds reportedly on board.

Once you reach the overlook with the train tracks in view, you’ll have to head down to check on Bill at the tracks. 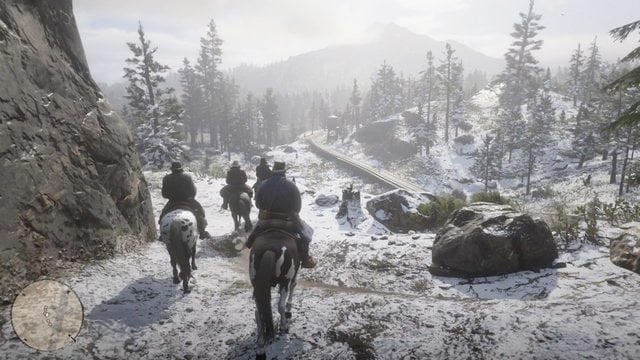 He’s setting up explosives, and will instruct you set the detonator. 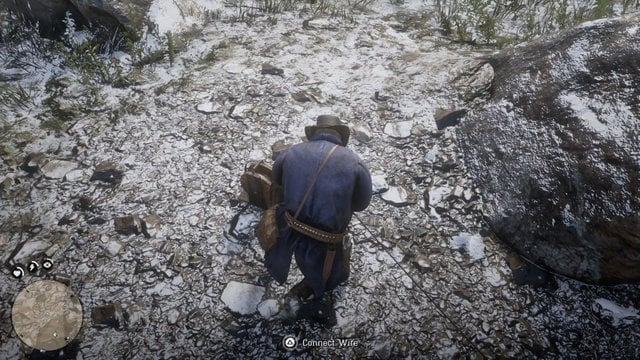 Get back on your horse and head back up to the others to await the detonation. But first! You must equip a mask to hide your face. Once your face is properly obscured, a cutscene will play of the train approaching.

Unfortunately, the explosives will fail, and you’ll be forced to run down the mountain and haphazardly jump on the train. 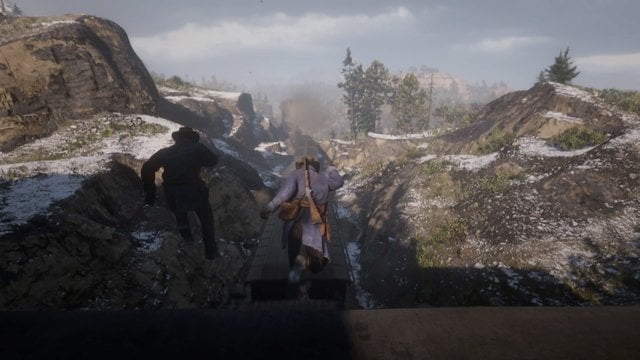 [su_note]You must save Lenny – the man hanging off the edge of the train – to get a Gold Medal in this mission. Go to him, then spam x/a to quickly lift him to safety.[/su_note] 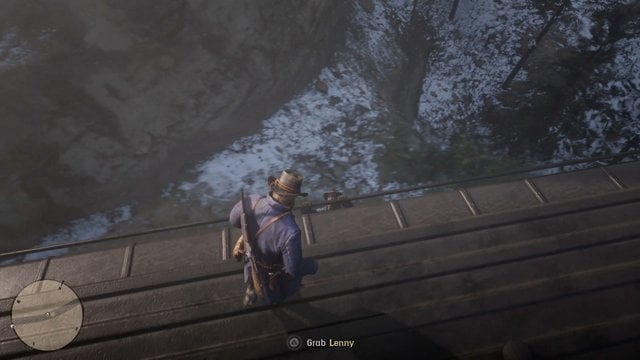 Continue up the train. Your goal is to make it to the first car to turn off the train. Don’t get too close the the edge, or accidentally jump off – the train will leave you behind, and you’ll fail your mission.

Crouch down to move more stealthily, and with more cover, as you approach the train guards. If you saved Lenny, he will ask you if he should lead, or if you should. It will be safer to send Lenny. 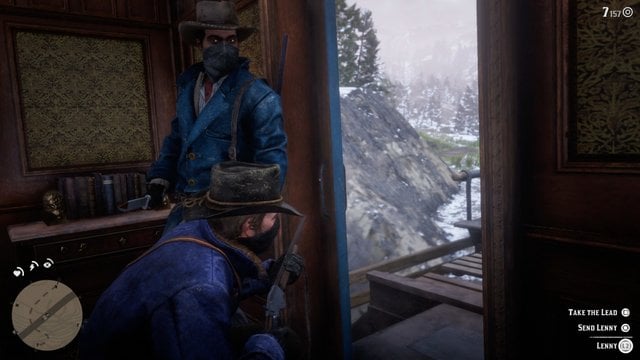 [su_note]You must take out all of the guards in 1 minute 30 seconds, but you must also take no damage and get 10 headshots. Take out the first guard while hiding behind a barrel with a headshot – another will immediately appear in the doorway ahead. Use Dead Eye whenever there’s more than one enemy in view, and you should be able to complete the Gold Medal Requirements.[/su_note] 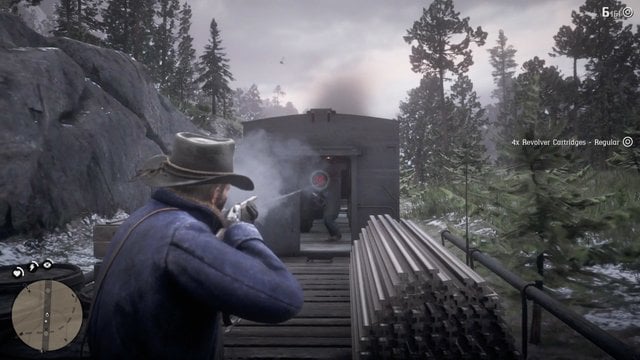 Once you get to the first train car, your buddy will get captured by the Train Engineer. Shoot him save your friend – just make sure to only shoot when your reticle is red. 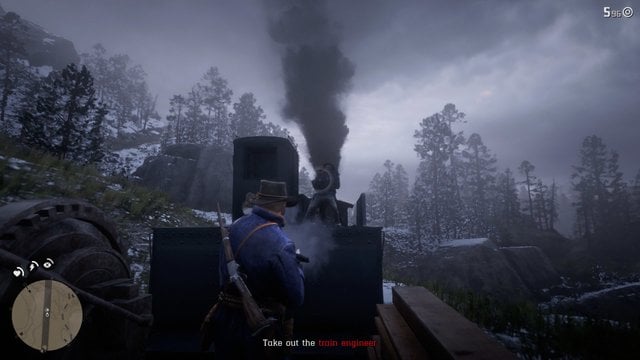 This will prompt a short cutscene to play of Lenny shutting down the train.

[su_note]Remember, you can’t take damage here. Use the rocks as cover, crouch, and play defensively.[/su_note] 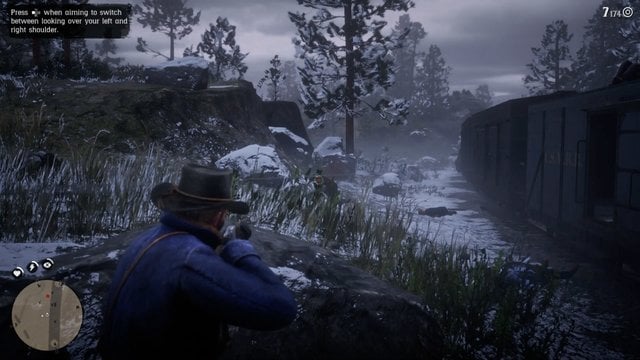 Loot the bodies after the firefight, before talking to Dutch. Doing so will trigger the next task – dealing with the remaining men holed up in one of the cars, presumably the one with the bonds.

Tap R2 repeatedly to put bullet holes through the car, and through the men inside. It doesn’t seem to have an effect, so instead, walk up to the dynamite to pick it up, then toward the car to place it. Press triangle/y to ignite it, then step way back to avoid the blast. 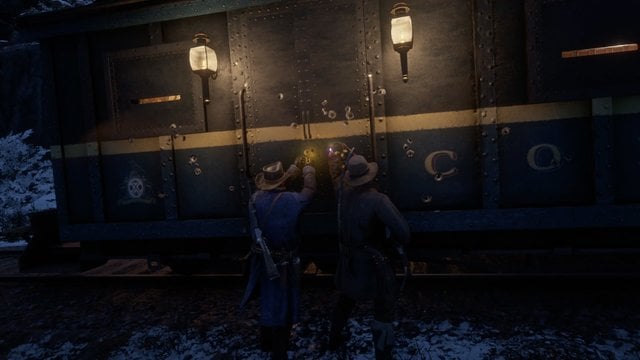 This will blow open the car, forcing the men inside out. Go inside the Private Car, and search the train. Remember, you’ll get a prompt in the bottom right of the screen whenever you can take or search something.

In the back of the train, there’s a cabinet on the right with a stuffed fox on the top shelf. Open it, then open the lock box inside to find the bonds. Make sure to fully loot both sides of the desk as well for more cash. 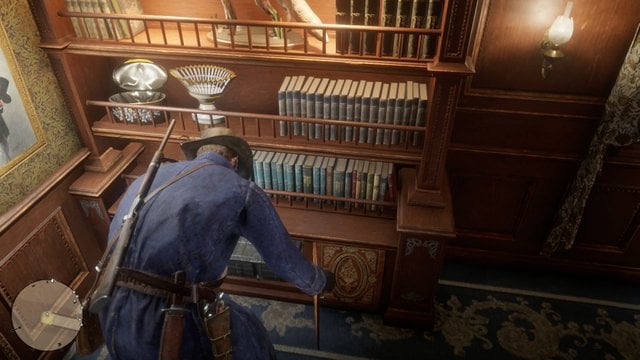 **Don’t get too close to the exit, or you’ll be forced to leave.

With everything in hand, return to the gang to leave. “Encourage” the men back inside the Private car, then run back to the Engine Car north to start the train engine to send them on their way. You can loot bodies as you head there. 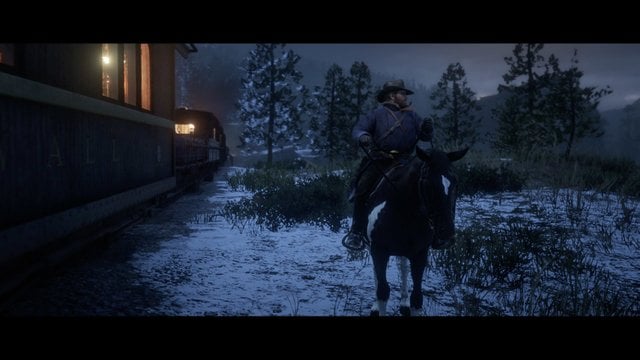 Starting the train marks the end of the mission and triggers a cutscene of the caravan moving to the next campsite. Continue to Eastward Bound mission.

Red Dead Redemption 2 Who the Hell is Leviticus Cornwall is done.