In the Lower Sewers, after getting through the Bottom Waterway, you’ll come to the Supplies Storage Room. Pick up the Queen Plug and King Plug and use them on the doors. You just have to alternate between using one plug or the other, There’s also a small armory with a weapon here. The important thing is that you make it out with both the Queen & King Plug in your inventory as you need them for the next puzzle. 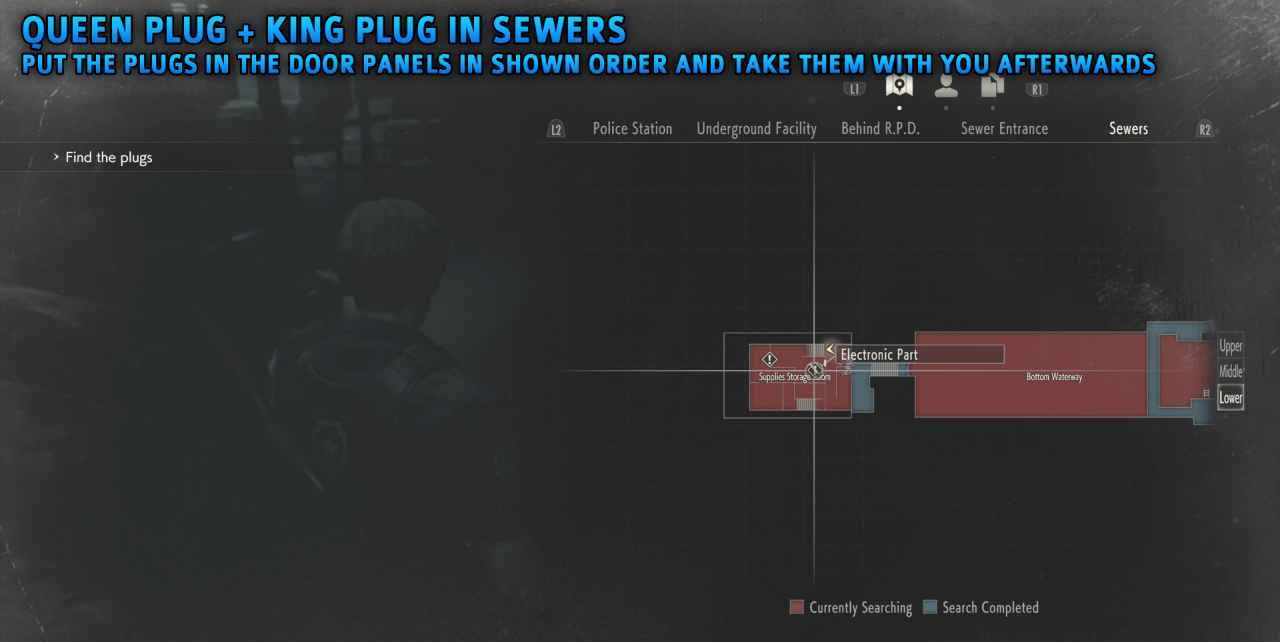