You won’t encounter Lickers in Resident Evil 2 until you pass through the shower room on the second floor of the police station, and are in the very western corridor. This works for both Leon and Claire, so until you’re in this area, don’t worry about running into a Licker while you’re exploring. 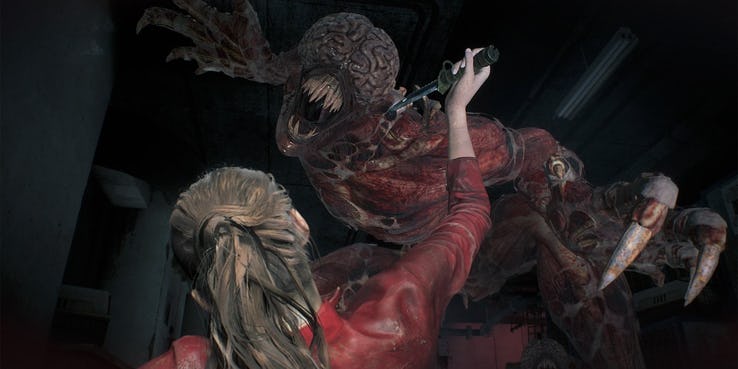 How to Kill a Licker in Resident Evil 2 Remake

When it comes to killing Lickers in Resident Evil 2, they’re just about the toughest type of common enemy that you can encounter. If you’re playing on Assisted mode, then one shot with Leon’s shotgun or Claire’s grenade launcher will kill them outright. But if you’re playing on Standard or Hardcore difficulty, then you’ll want to use your best weapon possible to try and take them out.

The Magnum is an excellent option here, and you can kill a Licker with two shots to the head with this powerful hand cannon. Grenades are also great, and are best used when you’re about to make your first move against one of the monsters. We should also note that, just like with every other enemy in Resident Evil 2, there aren’t actually any rewards for killing Lickers. You won’t get a special item drop or anything like that, and you’ll be instead killing them purely for convenience.

1 thought on “Resident Evil 2 Remake – Licker How to Kill ?”