How to Beat Great Serpent

If you haven’t done so yet, you want to get the second interaction with that giant snake finished.

After defeated the Folding Screen Monkeys and receiving the Mortal Blade, you should have access to a new Ninjutsu: Puppeteer Ninjutsu. Equip this and travel to the Senpou Temple waypoint. Directly outside, you’ll notice a kite in the air and a ‘rat’ sitting by it.

Go behind the ‘rat’ and deathblow him. Soon after you begin the animation to deathblow, another opportunity to deathblow will be available. Once you do this, you’ll trigger the Ninjutsu and this boy will fly the kite for you – free of charge!

Don’t worry about messing up. Just rest at the idol and have him respawn. 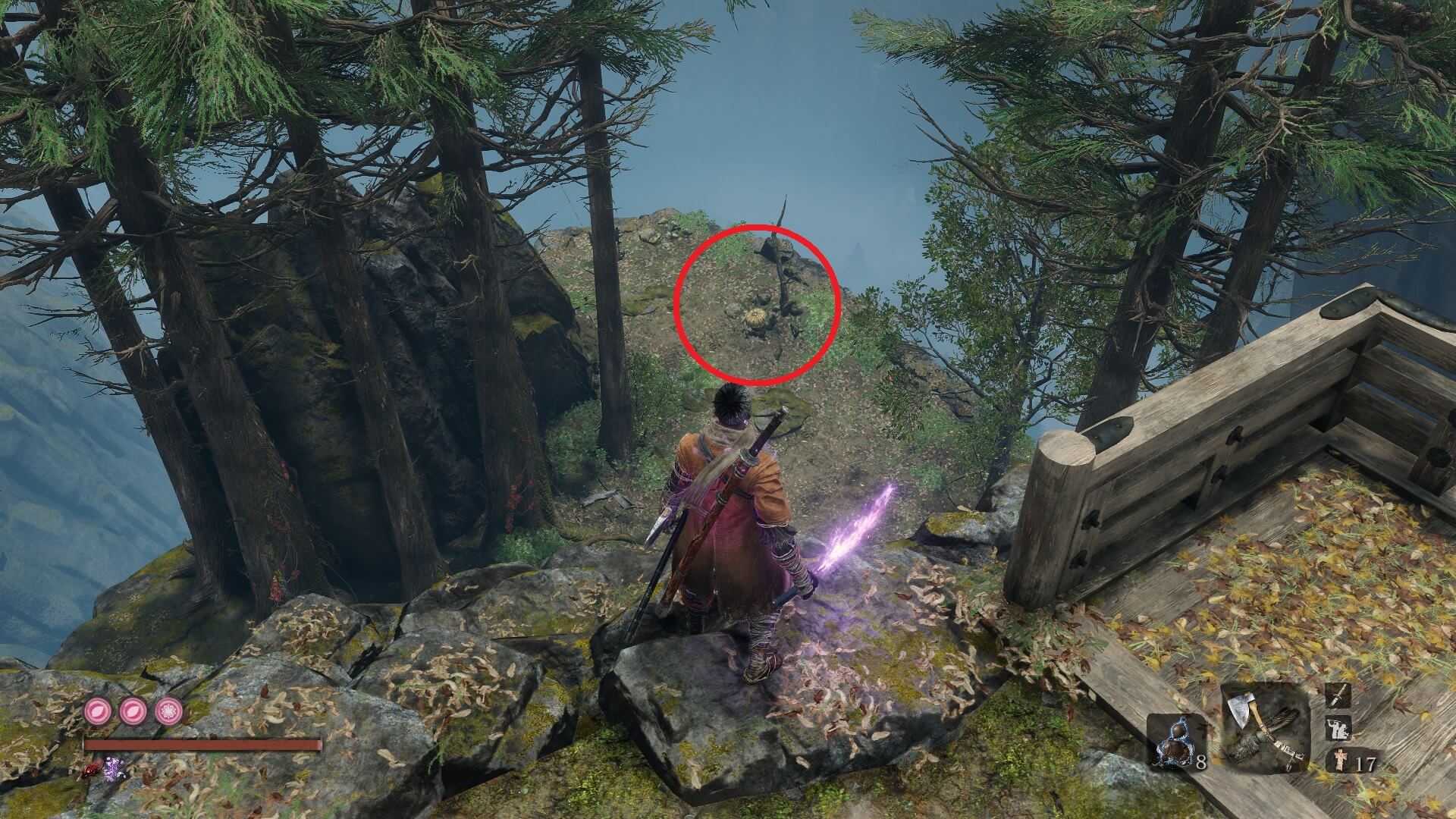 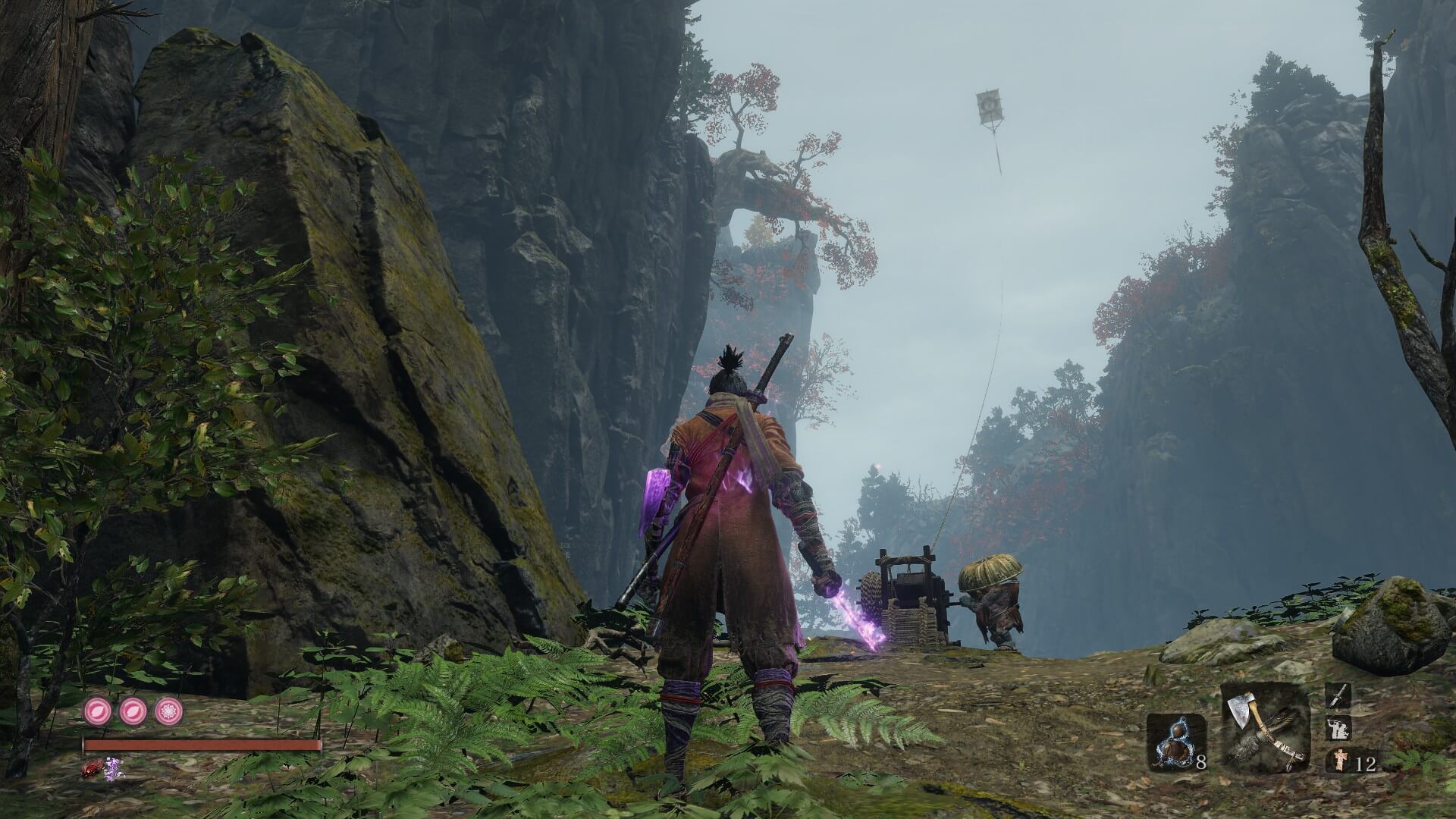 After you’ve let your minion raise the kite, travel up into monk territory. Grapple into that building at the end and jump through the window where the three monks are praying to that undead creature. Once you reach that point, you should see a large tree. Climb it. 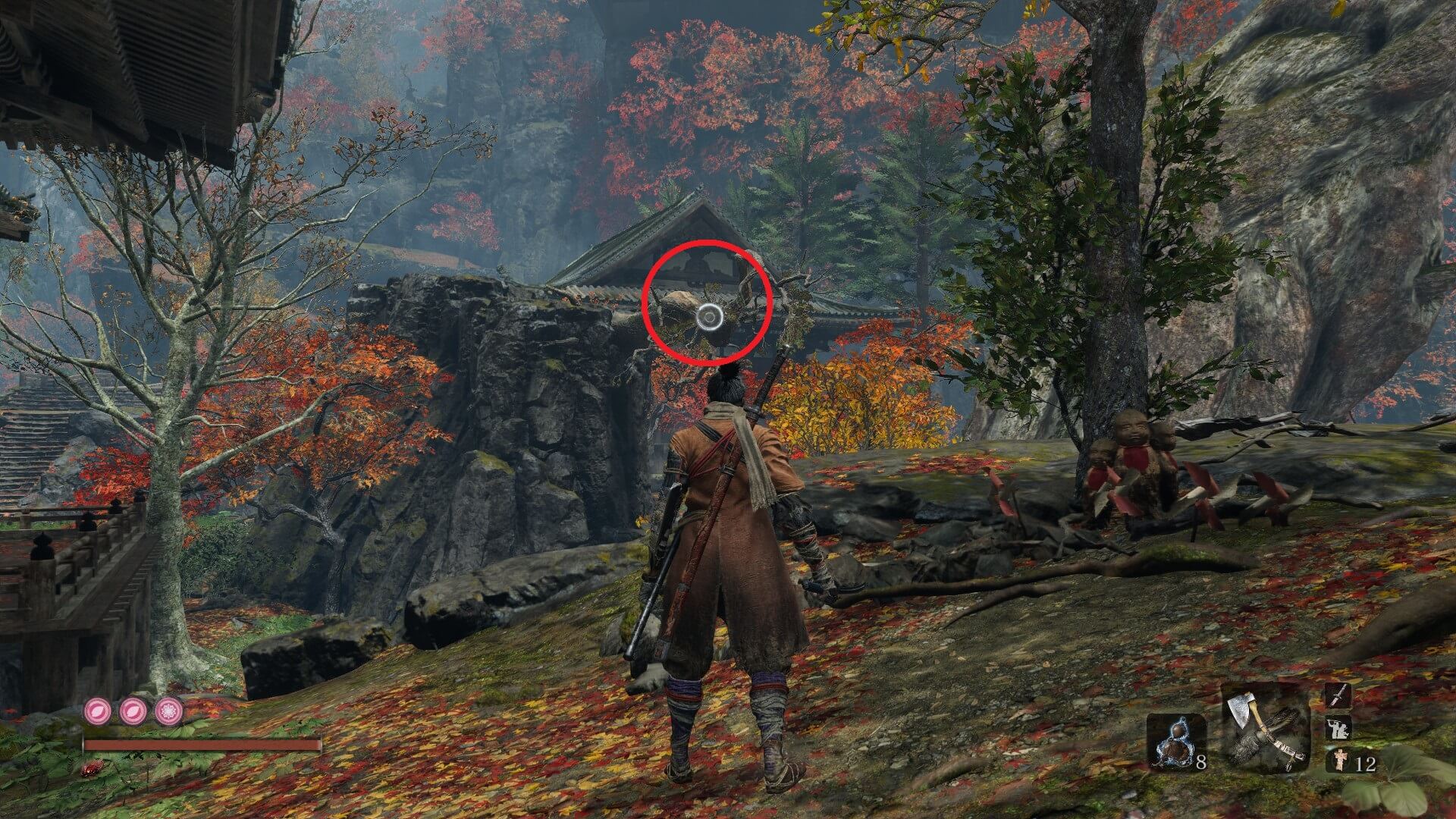 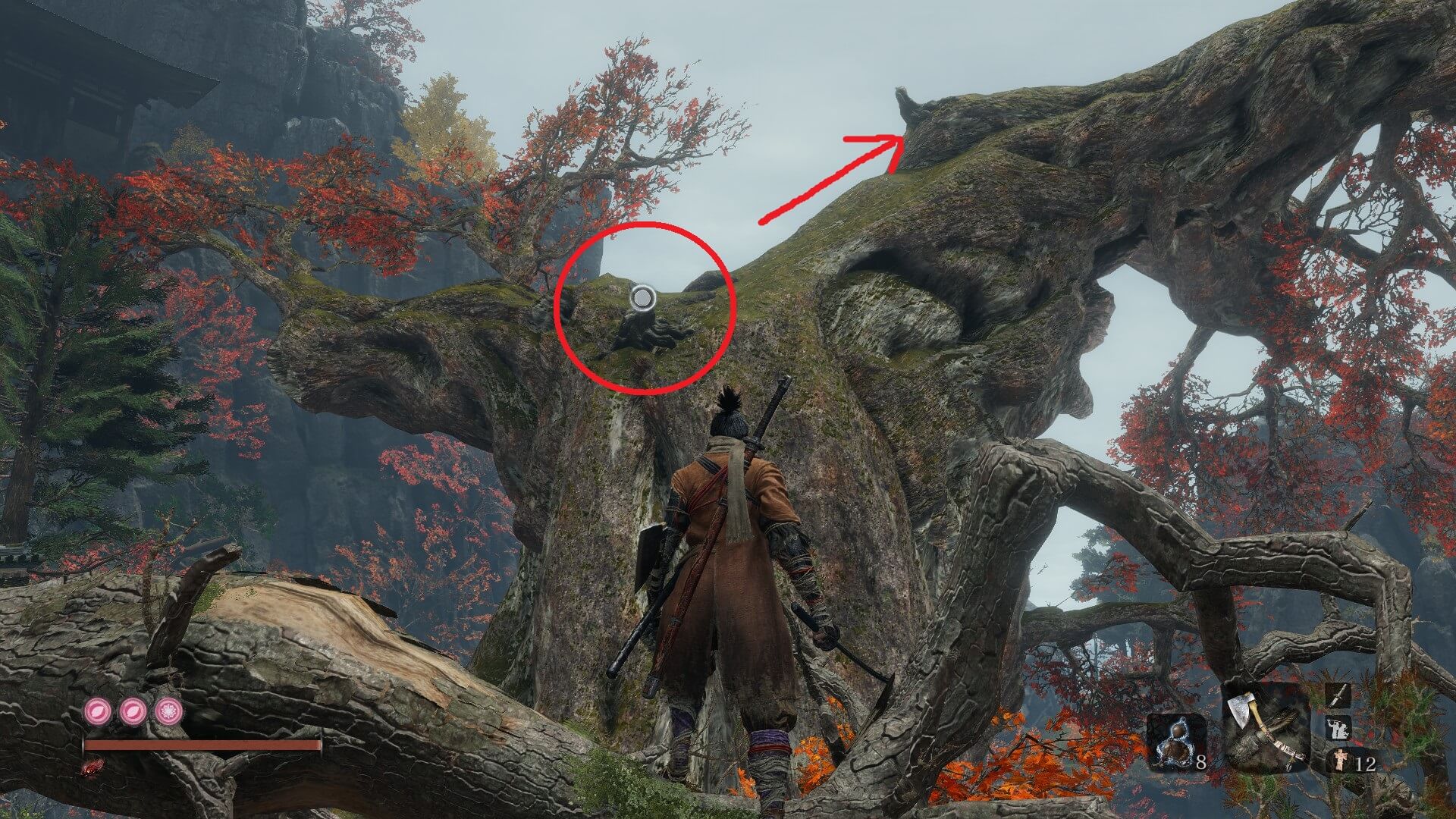 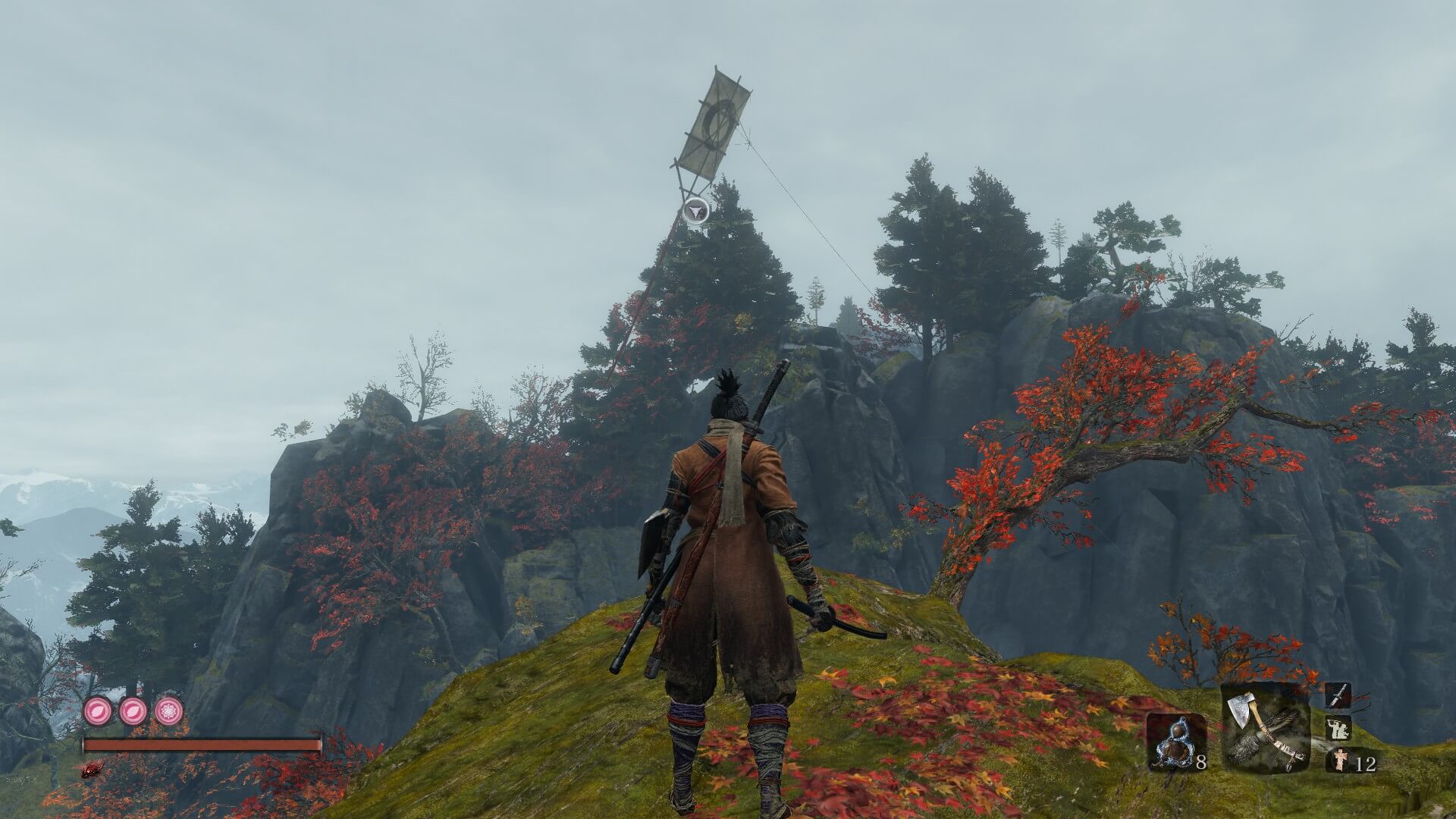 It’ll whip you over to a small ledge. Down beneath you, there will be a series of tree branches that you can grapple onto. Be careful, you’ll be whipping past them instead of actually sticking to the branch itself. 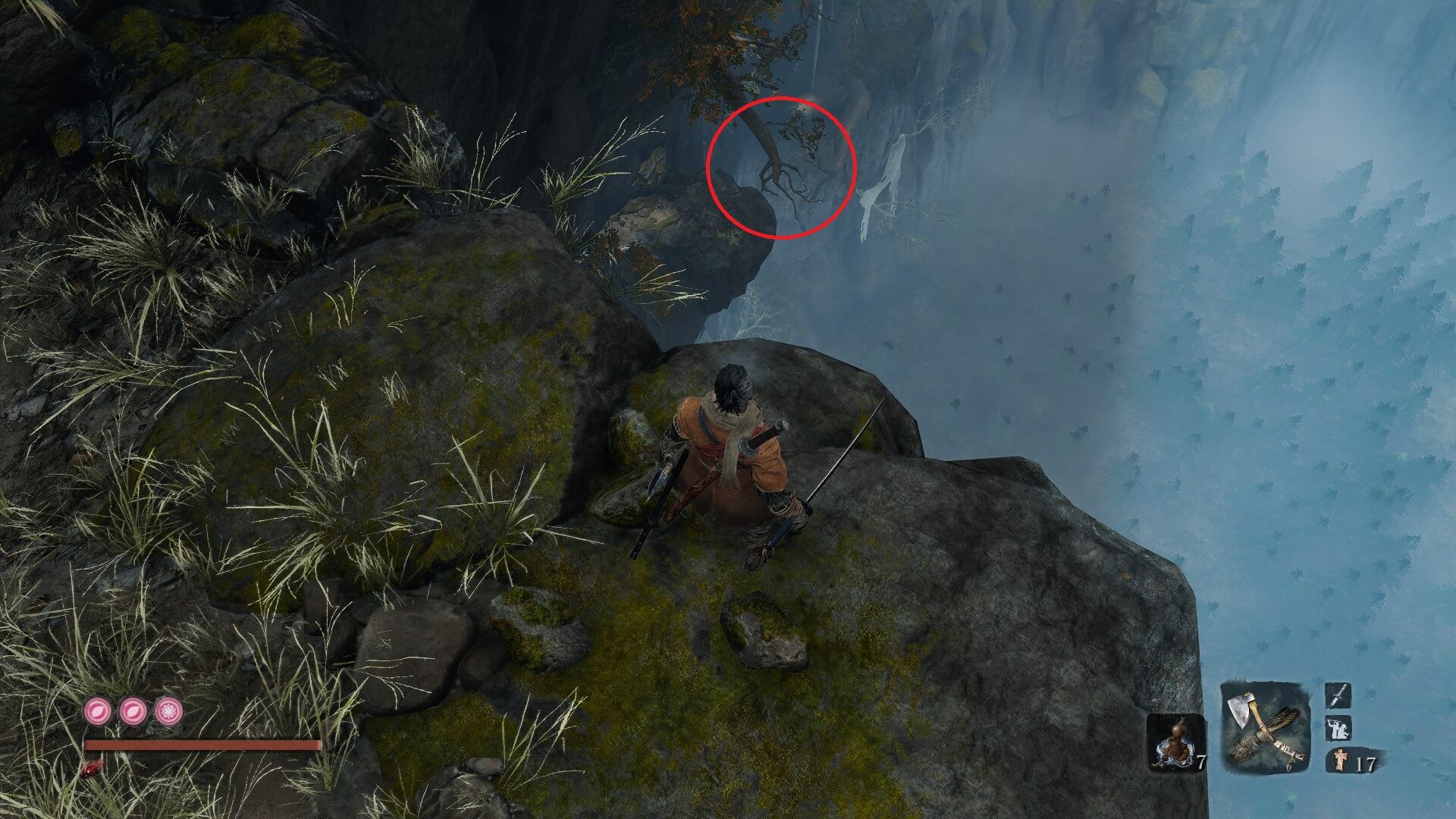 From here on, the path is linear. Follow it into the small cave and out onto the other side. You should see tons of snow and a small beam jutting out from the mountain. Shimmy your way out onto that and look down. Ah, a snake… 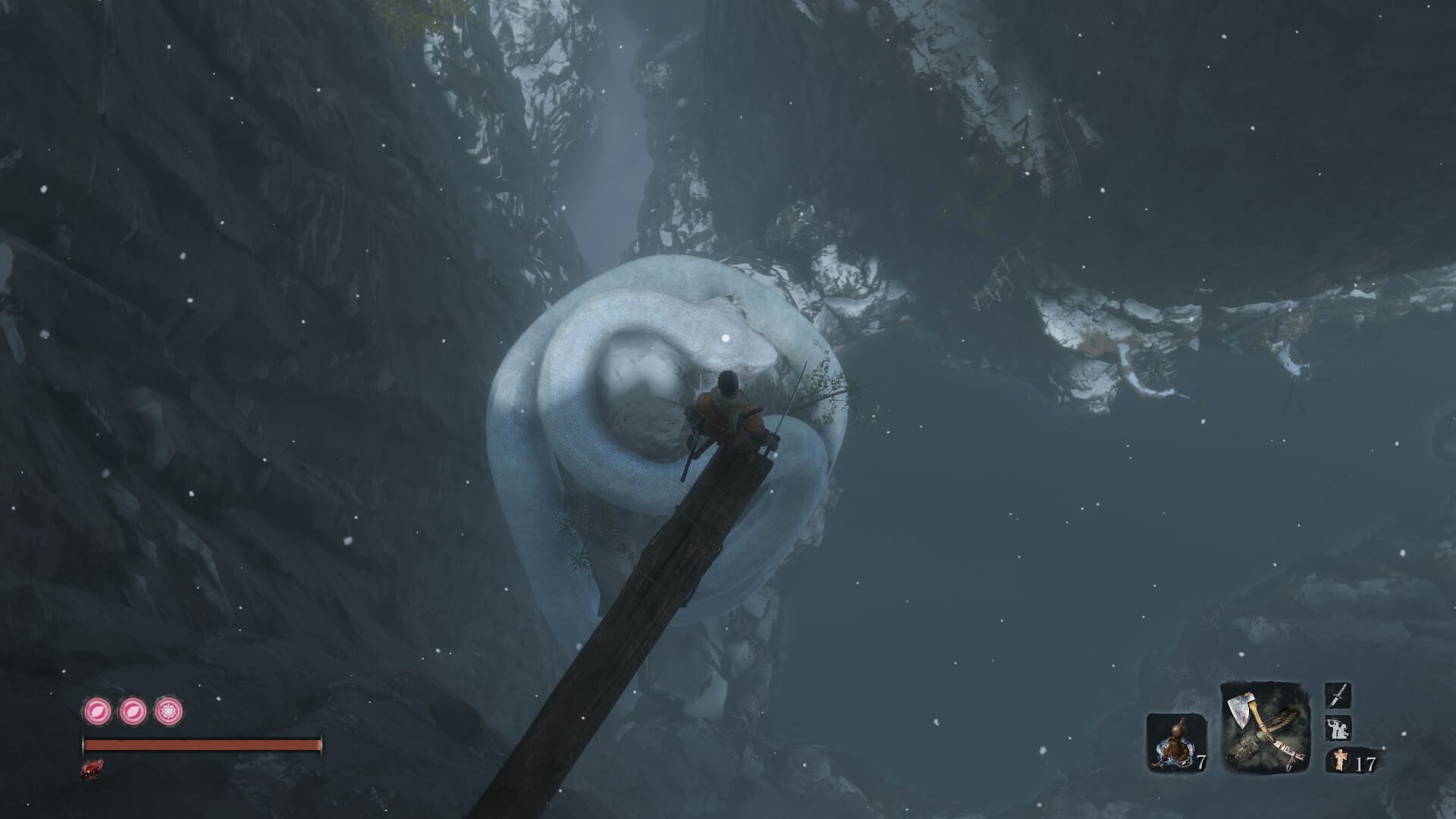 Target it and jump right down on it like you would any monster. You’ll be asked to deathblow it once more and then you’re good to go! Don’t worry about the drop, you’ll be placed safely on the rock after you get done executing that snake.