Slime Toys are objects which help reduce the natural rate of slime agitation. In addition to this, the Rubber Ducky will raise the Puddle Slime shyness cap from four slimes, to five.

Each corralable species of slime has a favorite toy, which is more effective with it than other toys. Multiple Slime Toys do not stack their effects, but do stack with a Music Box. If multiple different toys are present, its favored toy’s effect will take priority if one is present.

Slime Toys are primarily obtained from the Slime Toy vendors on The Ranch, Ogden’s Retreat, and Mochi’s Manor, and are split up into Basic, and Advanced toys.

The Slime Toy vendor appears on the various Ranch expansions with these toys available for purchase by reaching Rank 8 in the 7Zee Rewards Club. Five of these toys can be found in the wild once per save file. 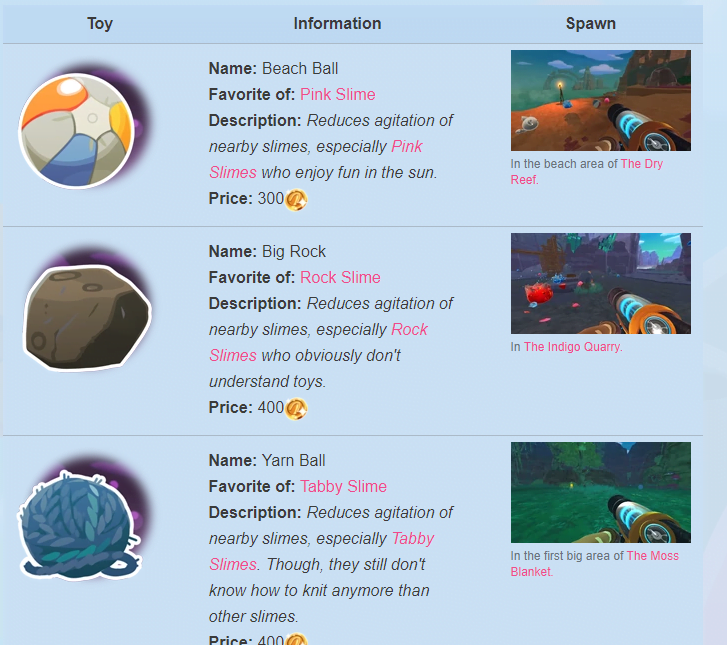 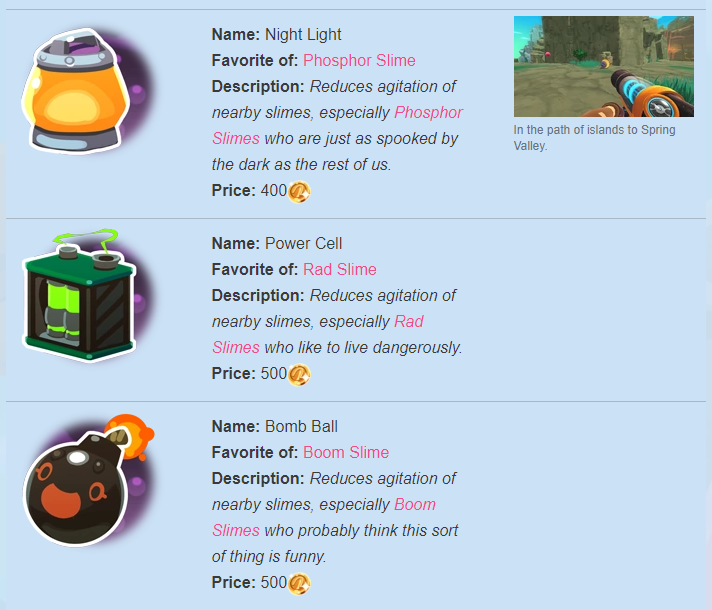 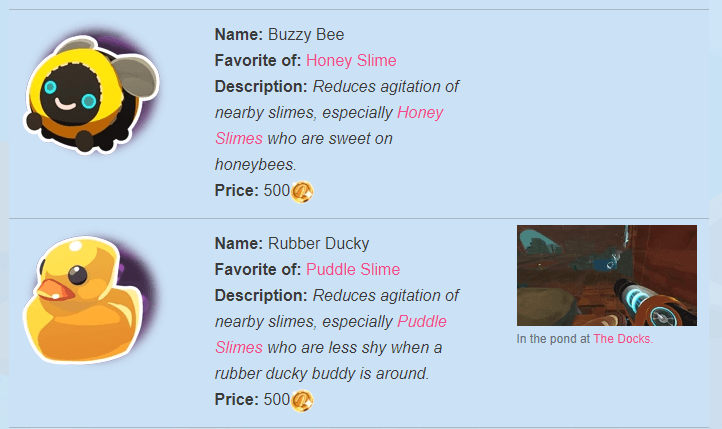 These toys become available for purchase from the Slime Toy vendors by reaching Rank 10 in the 7Zee Rewards Club. None of these toys can be found in the wild. 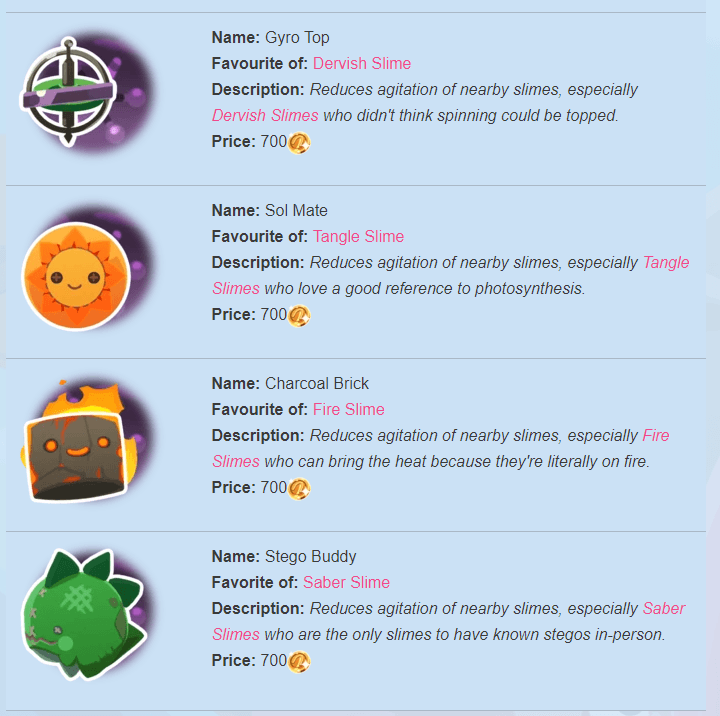 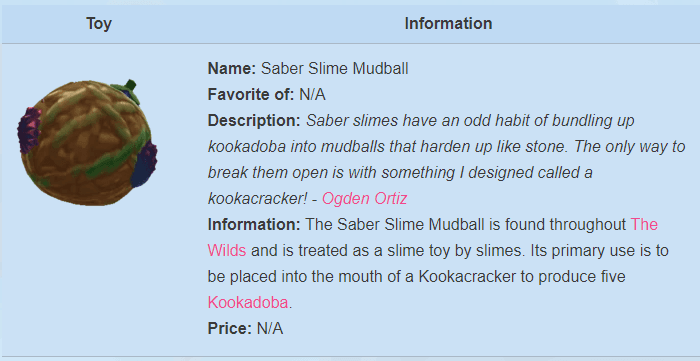