Skip to content
Home > Streets of Rogue – Unlock All Characters

To unlock the Gorilla, you have to release one from a cage in a Scientist’s lab.

The easiest way to do this is to just storm the place as a heavy-hitter character and destroy the computer to let the Gorilla out.

To unlock the Cop you have to bribe a cop three times during multiple playthroughs. You cannot bribe more than one cop per level.

To unlock the Vampire, you need to destroy 20 gravestones in a single playthrough. On the map, gravestones are the areas where it is blank on the inside, and have four corners.

Watch out for the Ghosts, who will attack if you destroy two or more gravestones. Ghosts can attack you, but you can’t attack them. The easiest way to evade the ghosts and destroy the tombstones is to constantly run around and break the gravestones until you see the achievment that you have unlocked the Vampire, or you can choose the Jock and charge through the graveyard.

You can also unlock the Vampire by choosing Scientist and using a Giantiser Pill to destroy the graves in a few seconds.

You unlock the Wrestler by beating the Slums using only your fists. This means you can’t use melee or ranged weapons. You can equip them, but if you use them, you won’t unlock the achievment.

The easiest way to unlock Wrestler is to use Gangster Crepe/Blahd (doesn’t matter which one) and use your gang members to complete your missions. Gang members are found pretty mucheverywhere throughout Slums and Industrial, but more so in Slums.

A good tip is to turn off “Auto Equip Weapons” in the options. It stops your from automatically equipping a weapon when you pick it up.

To unlock Shopkeeper, you have to spend $1500. This can be done across multiple playthroughs.

To unlock the Jock, you have have to achieve Destruction Level 75 in a single level, and complete the level. This means that you have to destroy everything in a playthrough until you get the achievment.

You could also choose the Scientist, and just use the Giantizer pills to wreck everything in your path. Mind you, these are especially effective in the Slums and Park Levels, but not so much in Industrial as most things are made out of metal.

To unlock the Scientist, you have to pollute 5 different filtration systems (the boxes on the side of most buildings). You can do this through many playthroughs.

To unlock the Werewolf, you have to kill a ghost. You do this by obtaining the Ghost Gibber, an item which is a starting item for the Scientist, and sometimes drops from the Goodie Machine.

To unlock Werewolf, you need to find a graveyard. If there are ghosts there already, shoot them with your Ghost Gibber. If there aren’t any ghosts there, destroy a few graves and some ghosts should appear. If you destroy the gravestones only ghosts will appear some of the time, so just be wary of that!

Another way to unlock the character is to start as the Crepe Gangster, and use your two friend phones to annhilate the pink gangsters, and recruit more gangsters if you run out. More gangsters can be found pretty much anywhere in the level, and if you enter their property they will not attack you.

To unlock the Bartender, you need to drink 15 beverages in a game. Most of them are bought from the Bartender in a Bar, but they also drop from people, and you can find them in trash cans or chests.

To unlock Assassin, you have to clear one level without killing or alerting anyone. This means that you can chloroform/arrest people, but not kill them.

To unlock Cannibal, you need to kill 20 people in one level. You also need to exit the level.

The easiest way to get Cannibal is to put on use the “Everybody Hates You” and “Low Health for All” mutators, and equip Soldier or Gorilla (or any other strong character). Soldier for Ranged, and Gorilla for Melee. Since everyone has significantly reduced health, the Soldier’s Machinegun will take everyone out pretty easily, and the Gorilla can kill anyone with one punch. Another perk of using Soldier is if you go under 20HP, you will regenerate, so it’s nearly impossible to die.

To unlock Slavemaster, you need to purchase 4 slaves. This can be done over many playthroughs.

The easiest way to unlock is is to use Investment Banker to buy slaves, and when you’ve exhausted all your money, just restart. There’s usually slaves/slave camps in every level.

To unlock Zombie, you have to complete the Slums with Vampire. To do this you need to unlock Vampire.

The easiest way to do this is use stealth while completing Slums, don’t go full out as you do not have many items as it is early game. 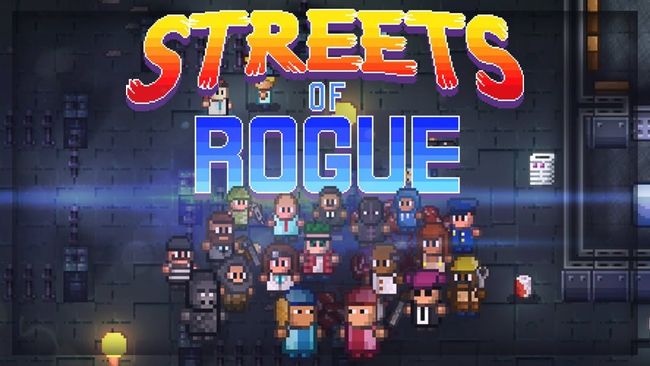