The purpose of this guide is to answer the many questions new players have for this mod, as well as to give a walkthrough on how to play one of the best factions in the new campaign.

The Kingdom of Jerusalem is a challenging faction to play, but it can be rewarding with its great access to elite knights, diplomatic relations and important geographical position.

Playing as the Kingdom of Jerusalem means Public Order will be one of your greatest issues.
Your faction rests on an unstable power base of Frankish overlords who have subjugated the native peoples into a whole new Kingdom based on feudal values brought over from Europe.

Because of this, huge portions of your population will be of differing religion and culture, and this greatly affects your fighting roster, but that will be explained later.
The native peoples, being Orthodox locals, Maronites, and Sunni Palestinians, will bring public order in your faction to the brink of rebellion if they are not managed properly.
Also, nearly all buildings centered on trade, agriculture or finances will incur some serious damage to your Public Order, so it is necessary to avoid building these until you have secured a good and happy population.

There are multiple routes to achieve happiness in your Kingdom, and they are explained in great detail below.

TL:DR The best buildings for Public Order are Churches, Brothels and Hospitaller buildings. 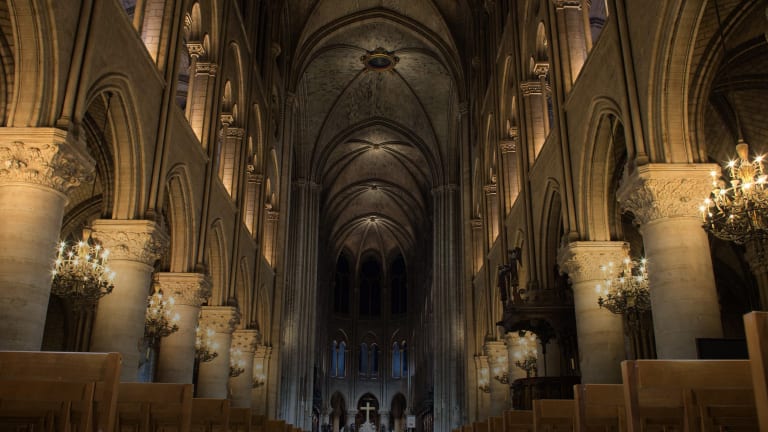 This method is the most expensive and the hardest to bring to completion, it is likely that you will never convert 100% of your city to be Catholic.

The buildings that can affect both Public Order and conversion to Catholicism the greatest are all of the buildings in the religion chain, for obvious reasons.
There are three different types of religious buildings, all affect conversion greatly, and the conversion bonus only gets greater the more levels you build them up. These are essential to your kingdom, and its important you have a large portion of your kingdom with these buildings at all times. They are expensive to build and even more to maintain so be ready to hand over a large portion of your ill-gotten war spoils to building these. The only type of religious building that affects Public Order are the Churches.

The Churches basically increase public order and Catholic conversion the most. They can level up to be even greater as your city progresses, eventually turning into basilicas and finally Episcopal Sees.

However, this method can be very effective once you have converted a majority of the population. It can gain Papal Favor as he will likely give you missions to build churches, and it is arguably the best way to ensure Public Order remains high in the late game as you introduce buildings that start to degrade your Public Order.
Plus, is it not your sacred duty as a Crusader to return the Holy Lands to the truth of Catholicism?

This method can be questionable, but is undeniably effective. Taking some inspiration from the Romans, this method involves distracting your unhappy populace from their unfair livings with huge displays of entertainment as well as satisfying carnal pleasures.
The buildings you will want if you are pursuing this method are the Jousting Lists as they upgrade into Tournaments, and the Brothel buildings.
Both of these increase Public Order, brothels more than tournaments, and provide a steady flow of income.

This method is preferable if you want to run a Kingdom that focuses on conquering the accursed Saracen neighbors while maintaining a populace that won’t revolt while you do so.
This is where the buildings from the Military recruitment Chain come in. This also includes Prisons, Estates and Demenses.

Military order buildings include all of the Knightly Orders, but the ones that improve Public Order are the Hospitaller buildings and the Crusader Inn/ Foreigner Quarters. Both of these inspire your populace and provide some sweet troops.

To conclude, the best method for maintaining Public Order in your cities is to include elements from all these methods for a balanced city. Or, you can devote one city to Religious conversion, one to Distracting the Populace, and the other to Military crackdown. Its all your choice, and use whatever works best.

It may be medieval times, but does that mean sanitation and public health can be thrown aside?
Of course not.
After all, cleanliness is next to Godliness! And in these dark times, the Kingdom of Jerusalem can use as much Godliness as it can get.

The key to a healthy and happy kingdom is quite simple if you build the right buildings.

Sanitation is the opposite of squalor, your greatest enemy.
Because many buildings, including essentials like agriculture, trade, and industry create copious amounts of squalor, you must learn to maintain Sanitation.
If not, various diseases and plagues will ravage your Kingdom, lowering population, growth, integrity, and public order.

Don’t build brothels if Sanitation is your issue.
These increase squalor immensely, for obvious reasons. The harlots of these establishments spread disease faster than a man who doesn’t cough into his elbow.

Some of the greatest boosts to Sanitation can be found in the buildings of the knightly order of St.Lazarus. These helpful knights will clean up your city, as well as provide some good troops.

Aren’t they just wonderful?
Some other buildings are Catholic Priories that eventually turn into Monasteries and Abbeys. These also greatly increase sanitation, and can provide a little food and resources as well. 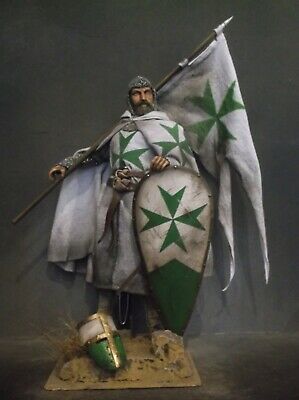 The King of Jerusalem has hundreds of thousands of hungry mouths to feed.
And if you don’t feed them, your kingdom won’t grow, your armies will fall apart and the people will revolt.

Now who would want that happening? You can’t retake Jerusalem if your people starve before they get there!

Food is a tough factor to manage the the desert regions of the Levant, but it can be remedied by the eternal presence of the great Mediterranean. 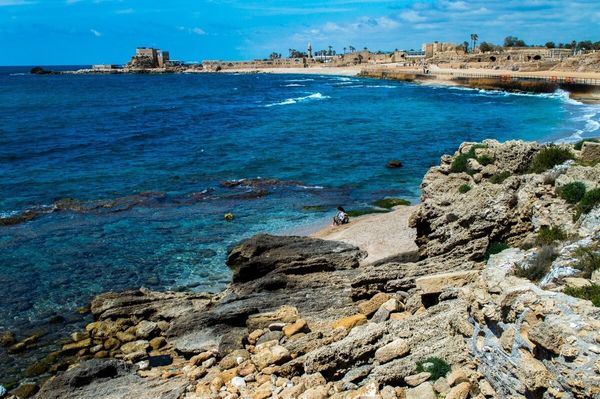 Your greatest assistance in terms of food will be Fishing Docks, which provide some food while also giving some income.
Catholic Priories, Monasteries and Abbeys can also help somewhat.
Demenses and Estates can give some food, but if none of this works you will have to build the common agricultural buildings such as Wheat Farms, Cattle Pens, Goat Pens, etc. These are effective at giving food to your people, but they also increase squalor and decrease Public Order so they are to be avoided as much as possible.

Money is something the Crusader States have in abundance, and is your own true ally. Coin will never betray you, and money is the root of all….your success in this playthrough!

The cities of Famagusta and Acre are Mediterranean trade hubs and can bring in some unholy amounts of cash once you get them going. Trading Docks are essential to this, as well as some local weaving industry or resource gathering.

Because the Crusader States are well liked by all Catholics and most Orthodox factions, you can broker trade agreements with almost everyone in the game. This can bring in dough from distant parts like Ireland and Sweden if you play your cards right.

Never tax your populations excessively, you should always rely on trade as Public Order is something you will not have in abundance.

Roster of the Kingdom of Jerusalem

The KoJ has an absolutely amazing roster that can adapt to face all enemies.

Its strengths are clearly evident in the abundance of its heavy cavalry including Templars, Hospitallers, St. Lazarus knights, Teutonics, Poulain knights, and various others.

It also has some good heavy infantry, including Crusader Northmen, Dismounted Poulain Knights, and tons of different units from the various Holy Orders.

It has a couple spear militia units that are nothing special, including Ministerales and Maronites.

They only have a few archers like the Dismounted Turkopoles because of this crossbow supremacy.

The KoJ has a few units to counter the horse archers of Islam, including the famous Turkopoles. These can be relied on to dispatch some basic horse archers, but fall short when facing professionals. 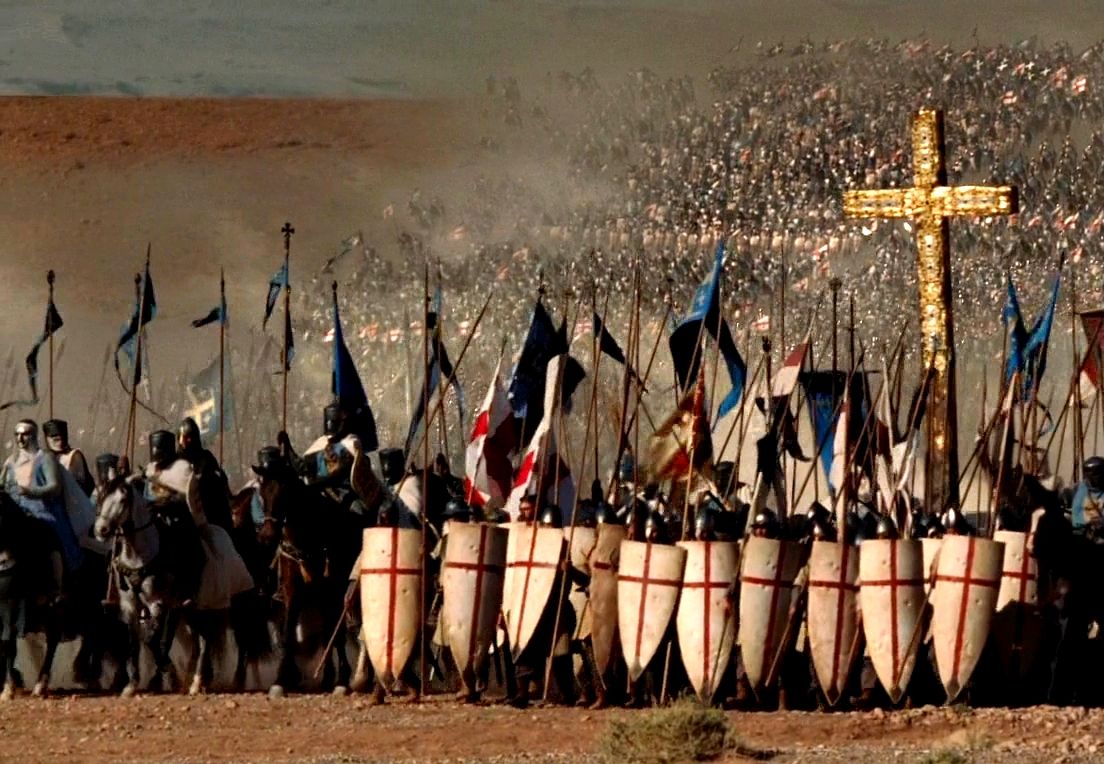 Diplomacy was touched on before, but I will state it again. You can broker trade deals and allainces with most factions in the game, simply because everyone likes you. All Catholic factions seek to support the Crusader States, and the Orthodox factions for the most part are simply happy to see you attack the Ayyubids.

Even if these relations do not work as they did in my game, you will always have trusted friends and trade partners in your Antiochean brothers and Armenian friends. They will always remain loyal and if you grow powerful enough you can vassalize them pretty easily if you arrange a marriage at the same time. 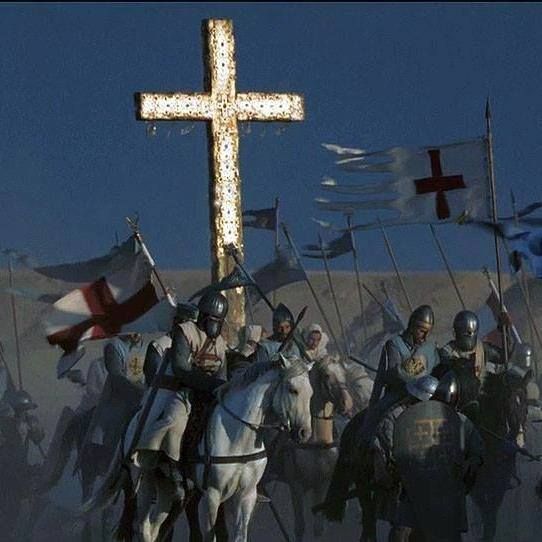 While the ultimate goal remains Jerusalem, there are a few other avenues you can expand into before making your final move on the Holy City.

Quickly capture Homs, and move on the Fifth Crusade

This is my preferred method, and it seems to work very well. You can quickly secure Homs to gain badly needed funds and experience. The Ayyubids might respond with force, so you might want to time this action as soon as the rest of Christendom arrives in Egypt to ensure that they have turned a blind eye to Syria to face that new threat. You can then support the Crusade and capture Cairo. With Cairo you have to hold the city to complete the Crusade, so don’t just raze it. With Cairo secured you can eventually take down Alexandria to subjugate all of Egypt. This will give you an enormous boost to food and a flowing income to capture Jerusalem once and for all.

Ignore the Fifth Crusade, move on Jerusalem while the Ayyubids are distracted

This I have never done, and don’t recommend doing. Perhaps you think a quick strike on Jerusalem is the quickest way to restore the Holy Lands? Perhaps you’re right, but this task will be daunting as long as the Ayyubids hold their capital in Egypt to send huge armies against you. Maybe the rest of Christendom can take Cairo without your support, but its risky.

There are a million different ways to expand in the endless possibilities and events that cn occur during your playthrough, so i suggest you do whatever feels right.