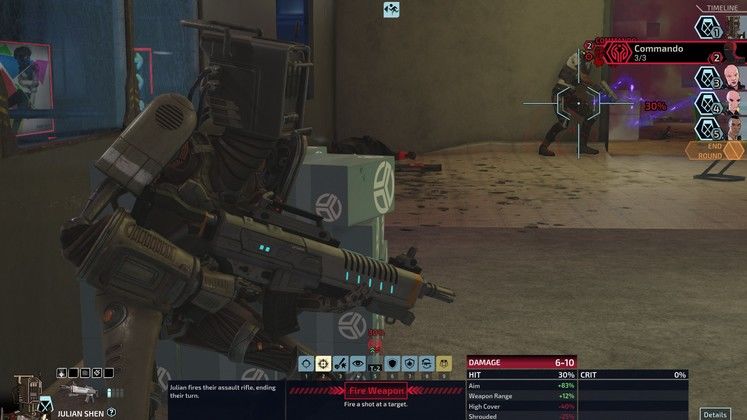 This didn’t take long. XCOM: Chimera Squad focuses on a group of soldiers with distinct backgrounds and abilities and the New Agent: Julian Shen Mod already expands the roster with a figure that should be familiar to series veterans. In Chimera Squad, his starting abilities are Lead the Target, a targeted shot that always hits but only triggers once the enemy starts their turn, and Battle Droid, which lets Julian shoot without ending his turn. During Breach, his Demolition ability targets both an opponent and the cover they’re hiding behind, destroying the cover even if it misses.

Agent Shen’s got a particular history with XCOM (and especially with Chief Lily Shen), but as for Chimera Squad, he’s been a surprisingly good fit for the squad.

Like a conventional Android, he can use SMGs, shotguns, and assault rifles. Unlike conventional androids, he has specialized in being a gunner, able to output many shots, and knowing the best locations to fire at, not for precision reasons, but for more demolition oriented reasons.

His starting abilities is Lead the Target, a targeted shot that’s guaranteed to hit but needs to wait until the targeted enemy starts their turn, and Battle Droid, an ability that lets him shoot without ending his turn.

His breach ability that needs to be unlocked is Demolition, this is a seemingly normal attack, but even if he misses a target, the shot will destroy the cover off the target. Useful, if you need to double team an aggressive target. However, this does use 1 ammo, so account for that with your later strategies.

His first passive choice is between Return Fire, and Kill Confirm, which grants Julian 1.5x damage on the last two shots of his primary weapon.

His second active is Hail of Bullets, it uses 3 ammo and can’t crit, but is guaranteed to hit.

His second passive choice is between Robotic Reflexes, granting him +15 aim with reaction fire and the ability to crit with them, and Hello There, which enables his first two shots of his primary weapon to destroy cover, akin to his breach ability.

His final active is Harvester, granting Julian both Banish and Soul Harvester . This is a one time per mission ability, so use it wisely.

Julian generally works like the other agents of Chimera Squad and not like other Androids, due to a specialized body developed by Chief Shen. This primarily means he can “bleed” out when taking enough damage, instead of blowing up. Conversely this does mean he can not use the android modifications that can be developed, however.

Julian also has a set of trainings available at HQ, ending at getting Guardian, enabling multiple overwatch shots as long as ammo remains in the weapon.

How to receive
Like any other agent. He’s a random chance to appear in squad select, or you can give him one of your starting slots at the start of a game.

FAQ
Can I use this mod for my own?

His HQ animations aren’t perfect due to reusing Claymore’s.

Doesn’t use the original voicepack.

Shiremct for the XCOM 2 Proficiency Class Perk, which this mod copies ability code from.

Characters entering combat with shields generally benefit from more protection, however, XCOM: Chimera Squad’s Cherub goes against the grain in this regard. Thankfully, the Shield: Bonus Armor Mod grants Cherub’s shield +1 armor, through the new Shieldbearer ability, removing the confusion caused by the shield’s initial lack of armor.

This will seamlessly integrate into a current or new campaign.

The amount of armor applied is fully customizable in the config file XCom_Customize_This_Mod.ini 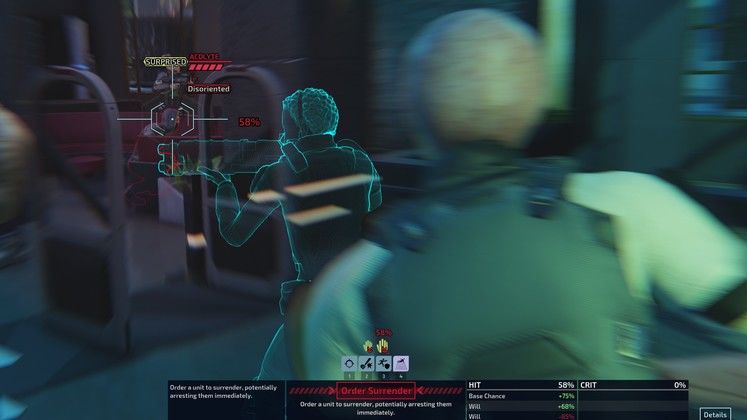 The Breach phase is XCOM: Chimera Squad’s major contribution to the series’ trademark turn-based tactical combat, every combat encounter starting with it. The Order Surrender Mod expands on the options available to players during this phase by performing a Will versus Will check on your target. If successful, the target will panic for the entirety of the encounter, letting you focus on the enemies that manage to resist the check.

Order Surrender does a Will vs Will check with various bonuses and maluses. If it succeeds, the targeted unit will be panicking for the rest of the encounter, enabling you to clean them up afterwards once you’re done taking care of anyone who decided to resist.

Chimera Squad can increase their chances via:

Chimera Squad will get worse chances via:

Should automatically work with pre-existing campaigns. Subdue and other similar abilities will also be updated with the ability to automatically knock out panicked enemies to cut down time spent on them in an encounter.

Exact formula adjustments can be made in the game’s XComGameData_SoldierSkills.ini 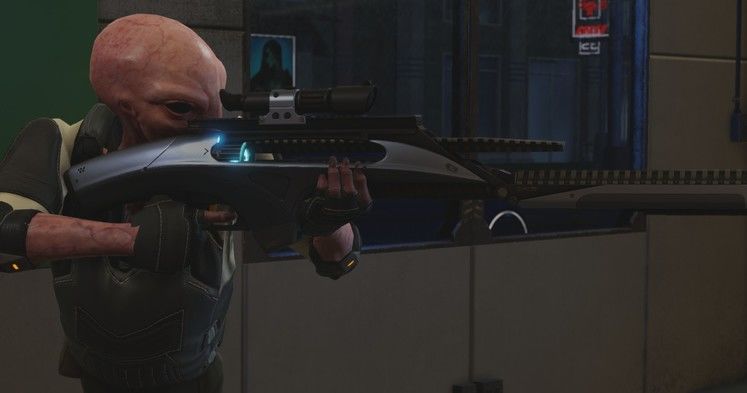 It’s a well-known fact that more guns make killing stuff better and, as you’ll do your fair share of tactical slaughter in XCOM: Chimera Squad, the Xcom Armory Mod expands the number of available tools. In essence, the mod aims to grant Chimera Squad members weaponry found in XCOM 2, such as sniper rifles and flamethrowers. May require starting a new campaign. 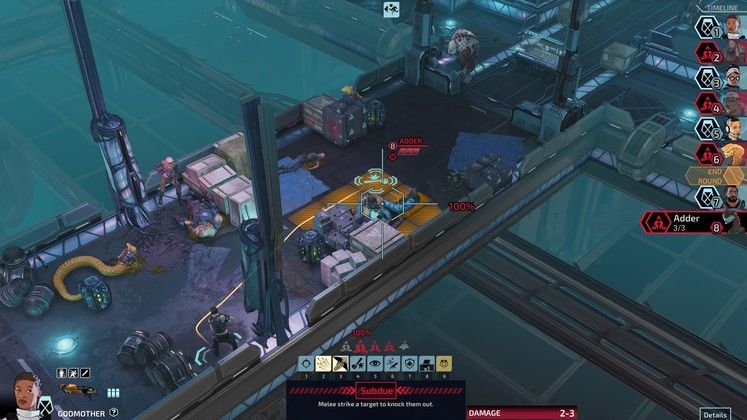 The No Free Heals, Less Invulnerability Mod aims to alter the flow of XCOM: Chimera Squad’s combat encounters by removing healing from Terminal’s Safeguard ability. Instead, players will have to rely more on medkits which now hold two charges. Cherub’s Kinetic Shield also receives a single-turn cooldown, obtaining a single charge as soon as the skill is activated.