Home > Guides > From the Depths – How to Hull

Not a whole lot to put here mainly because how you shape your hulls develops as you build more. But heres some tips to get you started

in build mode you can assign blocks to your number keys, This can substantialy speed up building.

if you’ve been a noob for aroud 20mins its likely someone has already screamed USE BEAMS at the top of there lungs at you already. The reason for this phrase becoming so prevelent is that beams are superior to blocks in every single aspect, But just to beat this dead horse im gonna list every aspect

using beams means you divide the blocks your computer has to prosses by 4, This drasticaly
increasing performance for you and your buddys. (Trust me the mutiplayer lag is already horrible
and does not need any help)

This is going to get covered more thuroughly in the armor section. Essentialy leaks are a crapload easyer to plug when using beams correctly 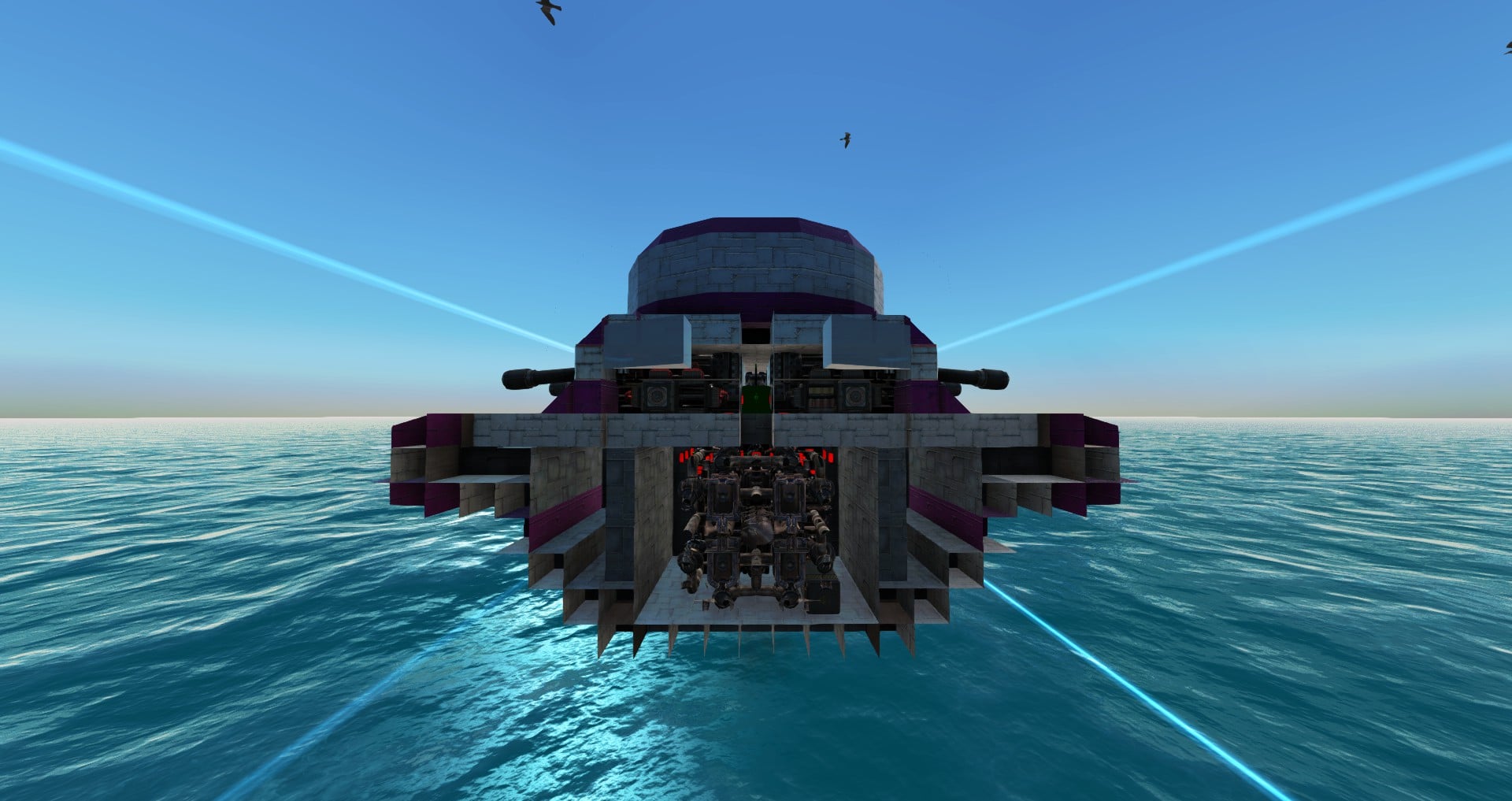 The ship doesnt go that deep into the water but it makes up for it by being wide.

If you have enough engine power and are willing to mess with PIDs you can just take the easy route and use downward facing propellers to force your ship up out of the water (most onyx watch ships do this).

This handy quote from Samlow puts this way better than I could:

How do I keep my ship from capsizing?

There are several methods of doing this. Looking at how real life ships are built is a good starting point though.
The cause of capsizing is often the point where the center of mass (CoM) crosses a point where the ships stability cannot stop it from moving. In easier words: the heavy part of the ship always wants to be as low as possible.

Waves will make your CoM move from side to side. As such youll need to design your ship considering stability. There is multiple ways of doing this: