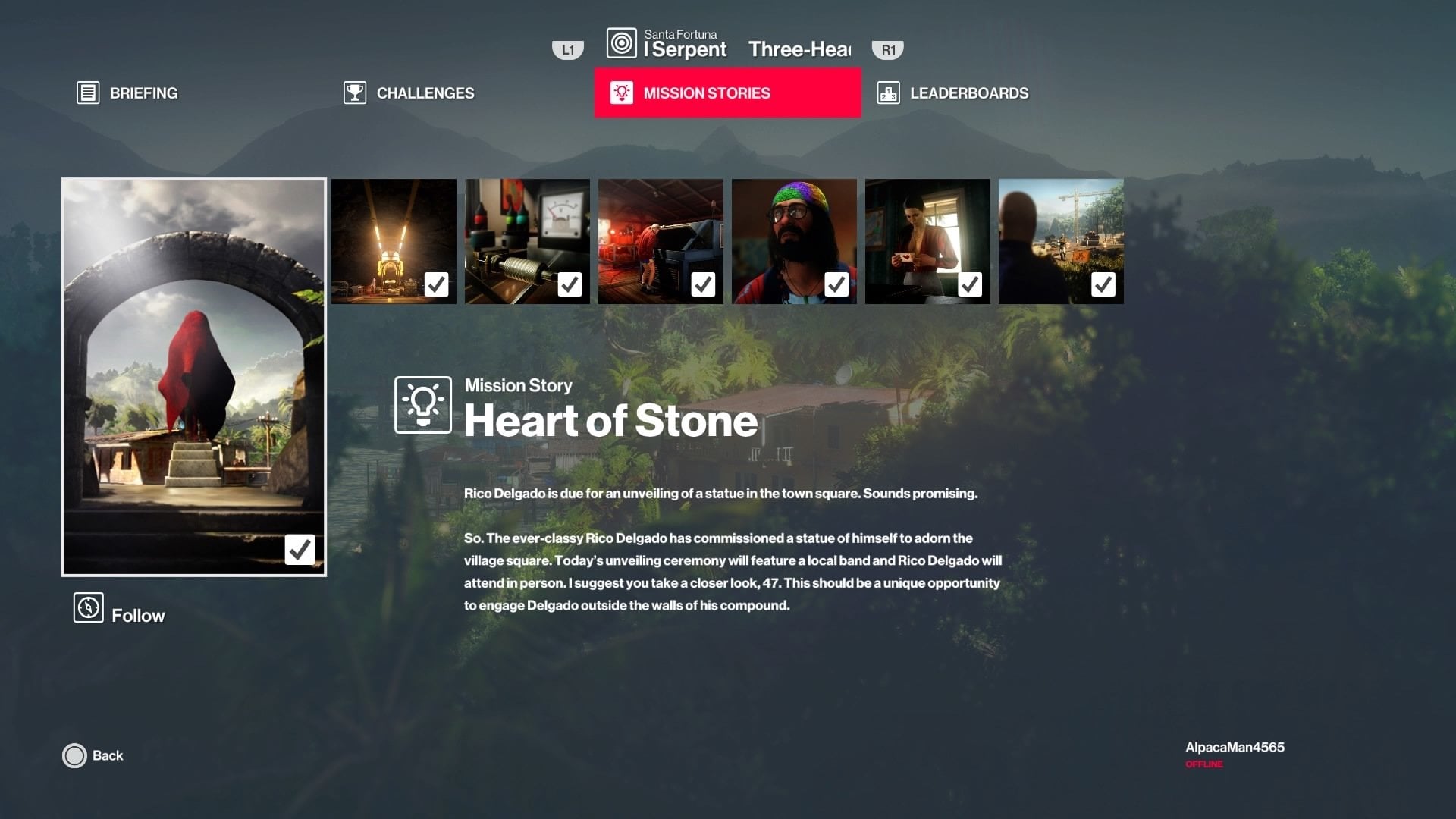 There are 13 different assassinations that can be completed in this mission. If you need help with them, checking out our Three-Headed Serpent Assassination Help Page