Behind the Lines Walkthrough

Be sure to pick up a couple of fresh long-range weapons before you head off to the next mission.

“Behind the Lines” introduces you to the Lifter, a modification for your grappling hook that lets you slap objects and people with Fulton balloons, as well as the customizable quick-select options for your hook. An object that gets ballooned will float off into the sky; a human enemy that’s hit with one will effectively be out of the fight. 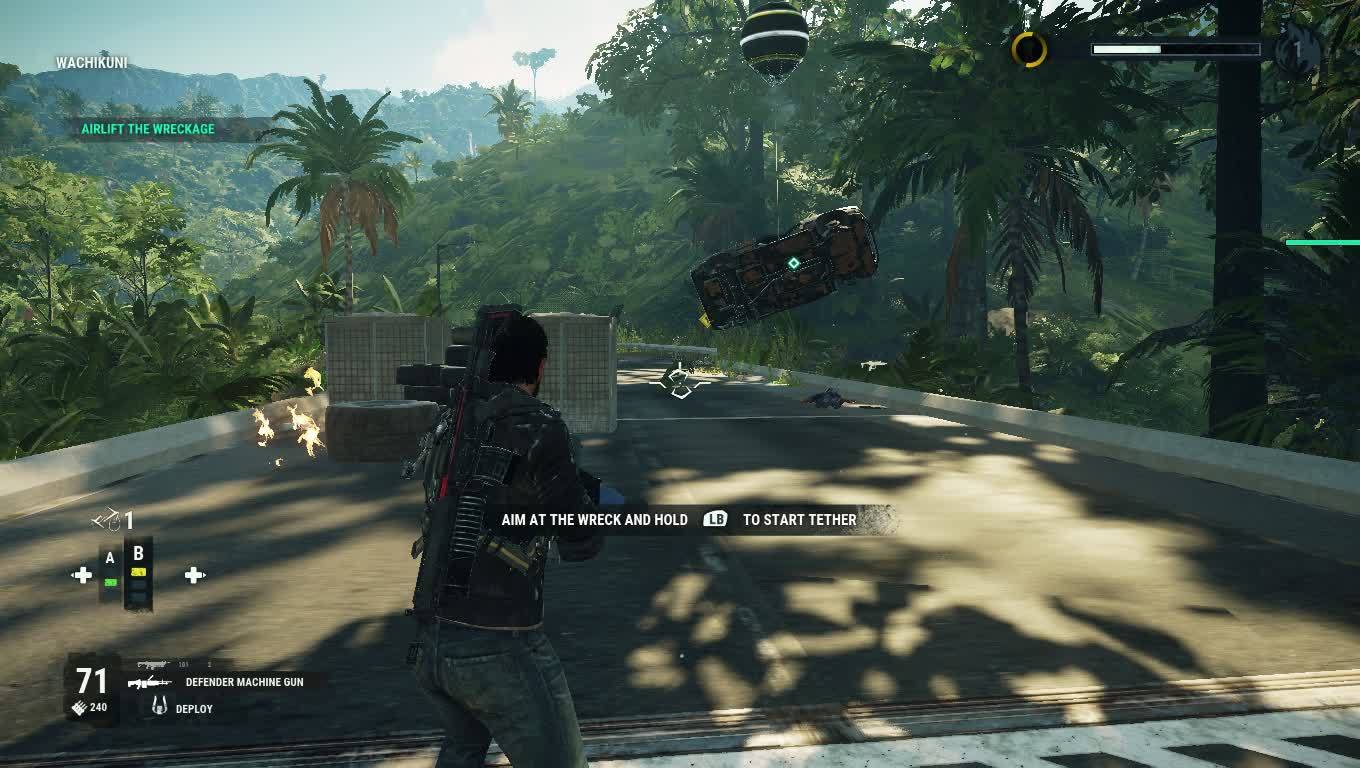 Use your new balloons as directed to clear out the Black Hand barricades across Sargento’s route, and your weapons to pick off the Black Hand cars and bikes that will attempt to waylay you. 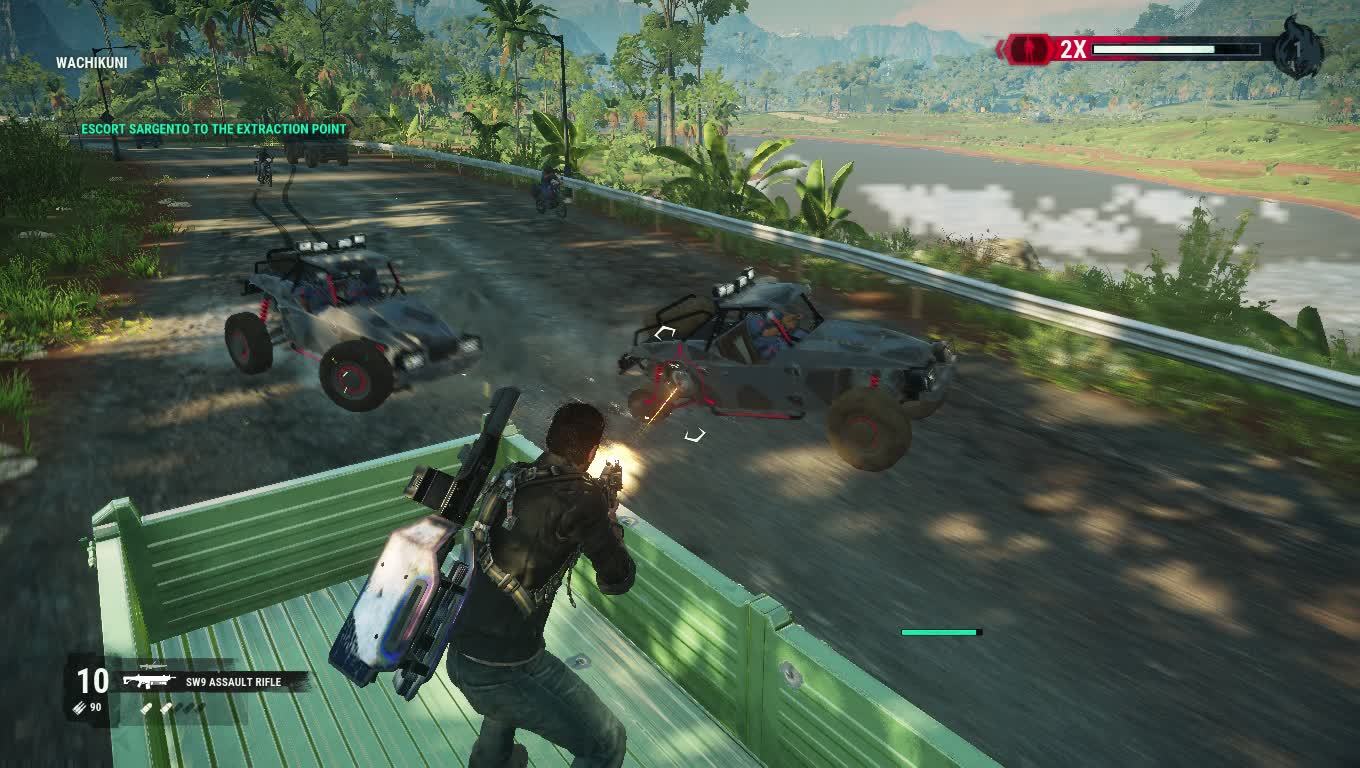 When you reach the end of the road, you need to hold off a full-fledged Black Hand assault force for just under two minutes. Resupply if needed from the two weapon crates behind the Army of Chaos’s barricades, then go do what you do. 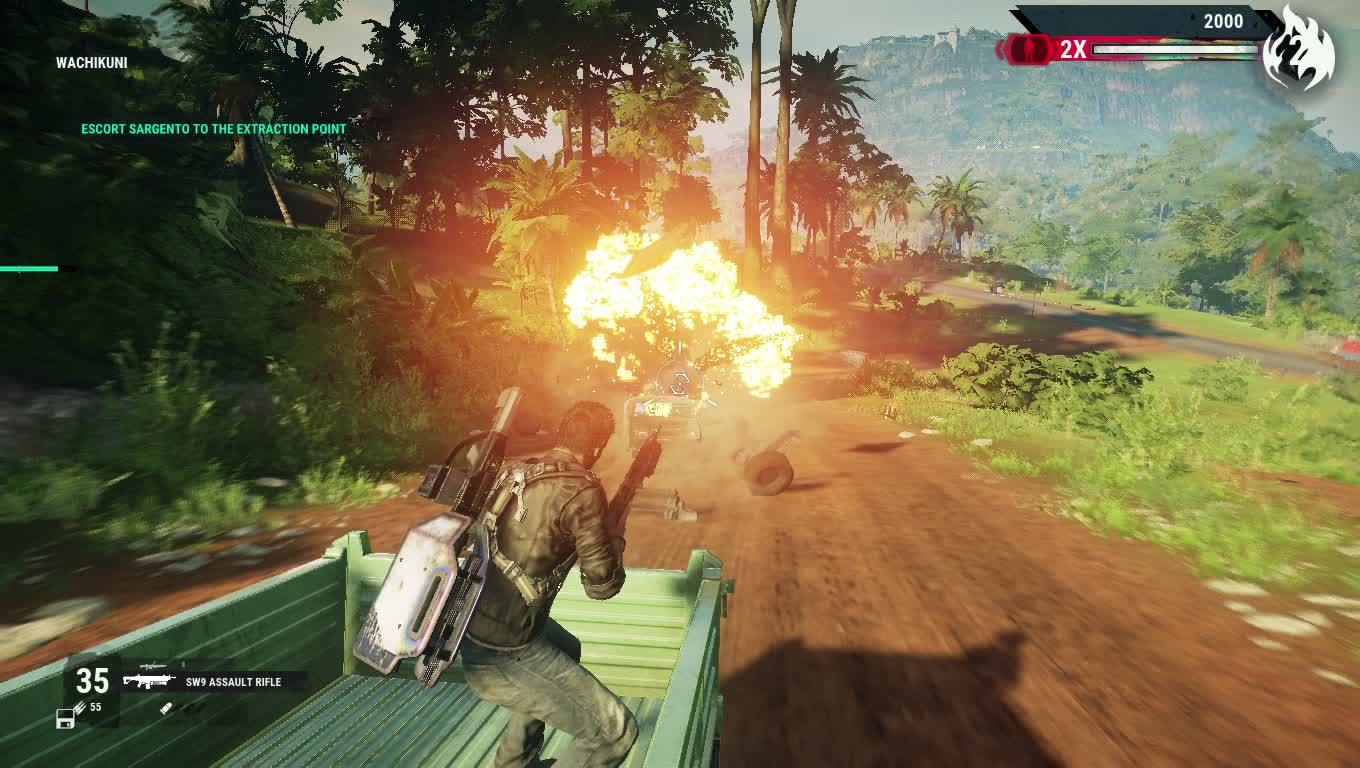 It’s notable here that the easiest, fastest way to disable an enemy tank or helicopter is always going to be to grapple to it, then hijack it. As a corollary, however, the single most dangerous thing in the game to Rico is being inside a vehicle when it explodes, and helicopters in particular are extremely fragile. Get used to eying your speedometer for the warning red light, and bail out preemptively the moment you see it. 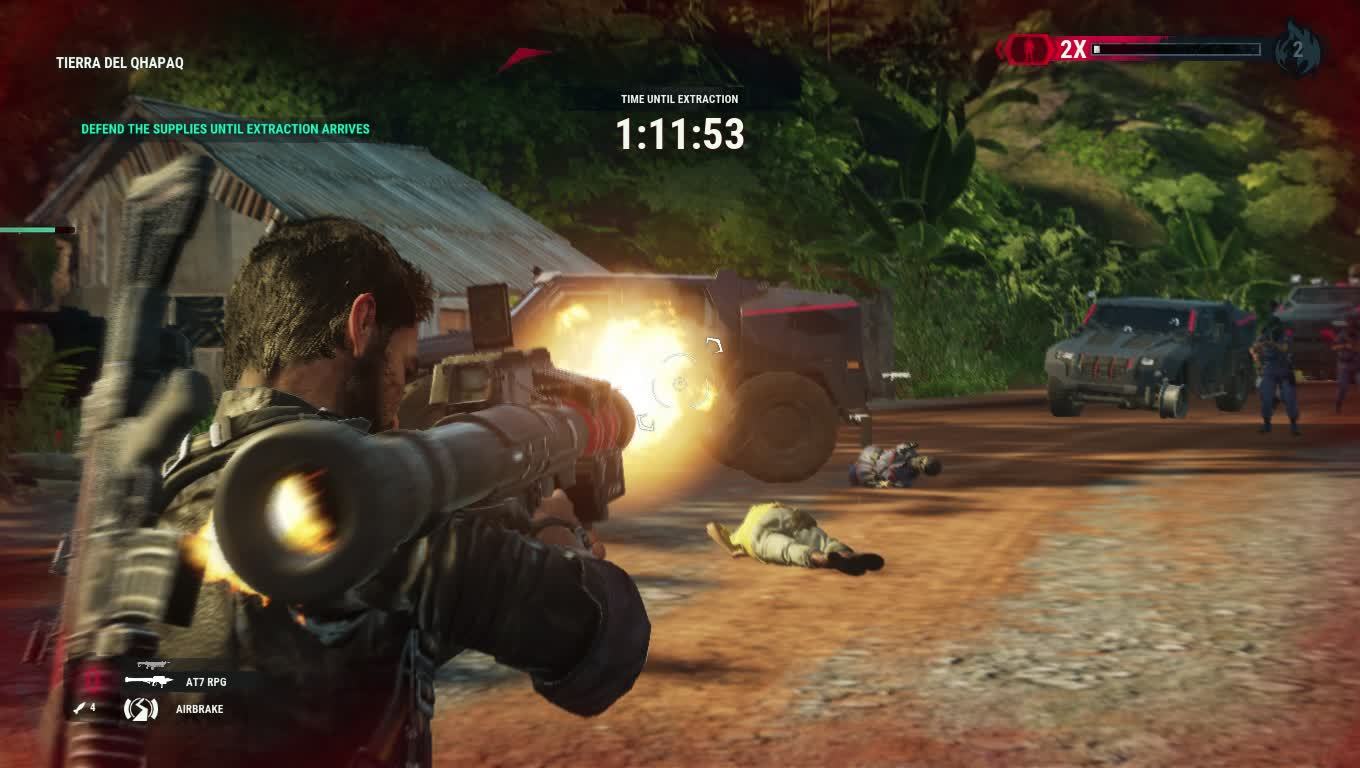 Once you complete “Behind the Lines,” the game opens up considerably. You’re now free to explore Solis, get into trouble, and pursue missions for Sargento, completion of which will earn Mod Points towards additional customizations for your Lifter. You also probably got most of the way to Army of Chaos level 2 during the mission, if you didn’t earn it outright, so you’ve got 2 Squad Reserves to burn. Sit on them for right now. 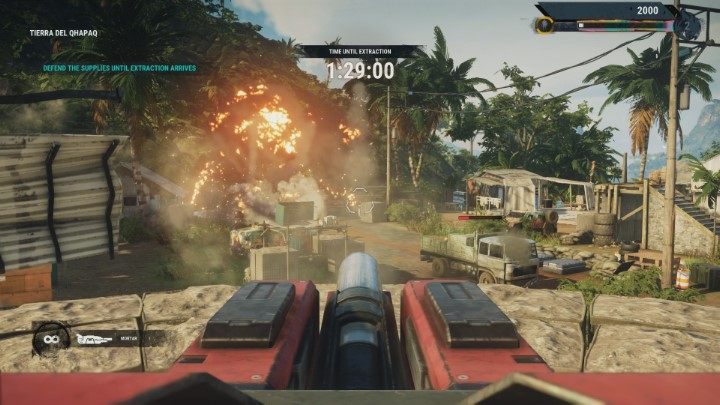 The last stage of the task is to defend the village. The main attack will come from the side of the road. Despite that, smaller units will attack you from virtually any side. It’s a good idea to use a nearby launcher to get rid of enemy vehicles. Then switch to normal weapons and knock out individual infantry units. If you run out of ammunition, pick it up from dead enemies. You must survive for about 2 minutes. If the truck is not destroyed during this time, you will complete the Behind the Lines mission.