Dead Eye  is unlocked very early in the game, and essentially lets you paint targets while time slows down. Once you’re ready you can unleash a wave of bullets, taking out all the targets you’ve locked onto. In the heat of the moment it’s easy to forget Dead Eye is an option, so we’ve got all the details on what button you need to press in our guide just below.

To activate the system, aim with your weapon using the left trigger, and press the right analog stick in, whereby you’ll go into Dead Eye mode.

Time slows to a near halt while you’re in Deadeye mode, but only for a limited time. Until the Dead Eye meter right above your mini map is fully drained, or until you press the right trigger, you can pass your cursor over any enemies that you wish to unleash a bullet at. You can even aim at specific limbs on enemies, so if you want to deal with bandits quickly, pass your cursor over their head to tag them for a shot. 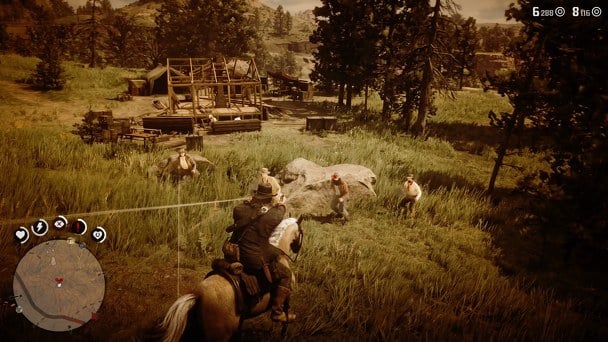 How to Refill Dead Eye?

While your Dead Eye meter,  will gradually refill every time you kill an enemy, there are quicker ways to replenish the meter. You can consume either Chewing Tobacco or Miracle Tonic to completely refill your Deadeye meter, both of which can be accessed from the item wheel by holding down the left bumper.

You can improve the amount of permanent Dead Eye bars on your Dead Eye meter by earning XP as you play. To earn Dead Eye XP you need to land headshots, kill enemies in free-aim, complete specific challenges related to weapons and shooting, as well as regular stuff such as skinning animals, crafting and cooking. 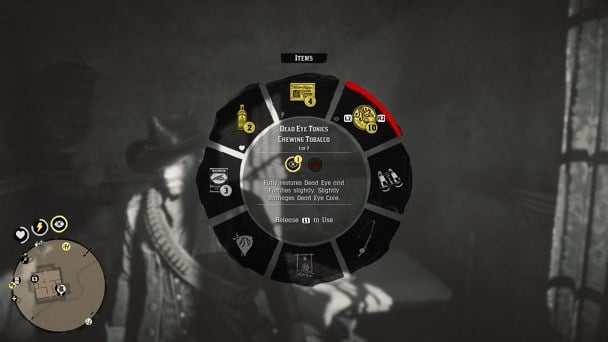 If you ever need to refill your supplies of consumables, then you’ll need to find the nearest town on your map, and head to either the general store, or the local doctor. The former sells Chewing Tobacco, while the latter sells the Miracle Tonic.

How to Upgrade Your Dead Eye?

Over the course of Red Dead Redemption 2, you’re going to be using Dead Eye a lot. Whenever you use the special ability, you’re actually upgrading it at the same time, much as you would with the health and stamina meters in the game.

There’s no kind of indicator for your progress in upgrading Dead Eye, and you’ll only get a notification when you’ve increased its potential. We’ve got details on these Dead Eye upgrades just below: