Welcome to our Scorn Bomb Baby Fight guide. This guide will show you how to beat the Bomb Baby fight and attack patterns. We know that there are people who have a hard time finishing the Scorn game. If you are one of those who find it difficult to finish the game, let’s take you to our Scorn guide.

First you will want to use the Ammo and Health stations in the room to make sure you are stocked up.

Reload your Pistol and Shotgun before placing the Bomb Baby capsule in to the chest cavity.

This is a slow fight, so be patient and wait for the weakness windows. Also there are two limb rack in the arena that you can use to kite and break line of sight of the Bomb Baby.

After being shoved away from the Bomb Baby you will want to make some distance, at that point it should start lobbing grenades at you (if you are too close it will take a swing at you).

As long as it has line of sight it will stop moving and fire a volley of 3 grenades at you, If you keep moving the grenades are easy to avoid. After it launches a total of 9 grenades it will enter a reload state and opens all of its hatches, this will reveal some flesh sack weak points (While the grates are covering them they don’t take damage). 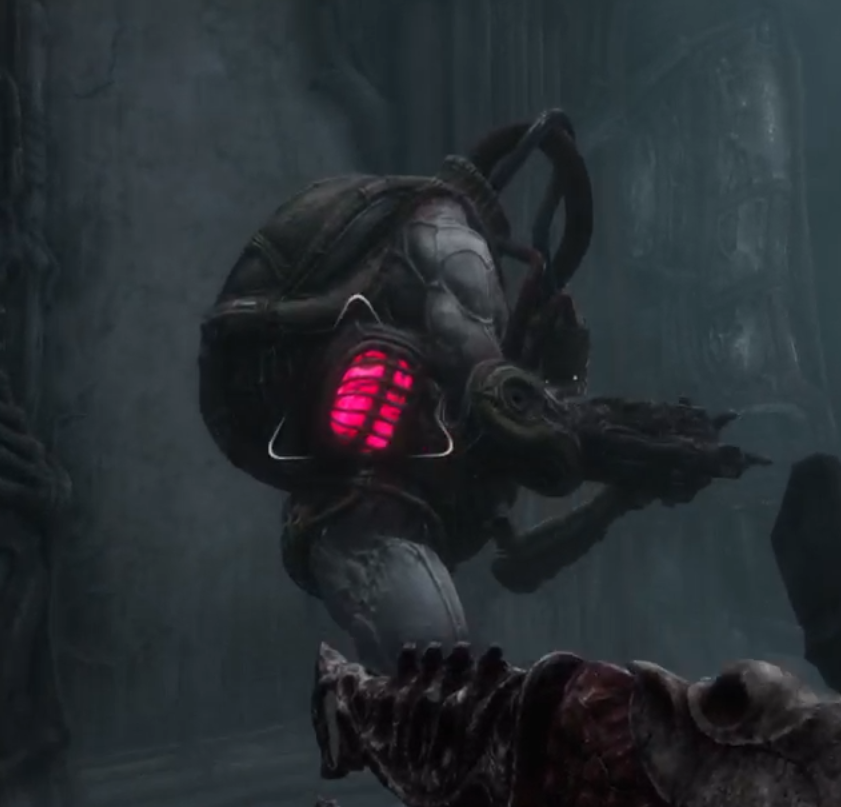 While it is reloading you will want to use either your Pistol or Spike to hit one of the two sacks; you will only be able to hit it once before it recovers out of that state. Each sack will take two hits to be destroyed, unless you use the Shotgun which is not recommended for this phase. 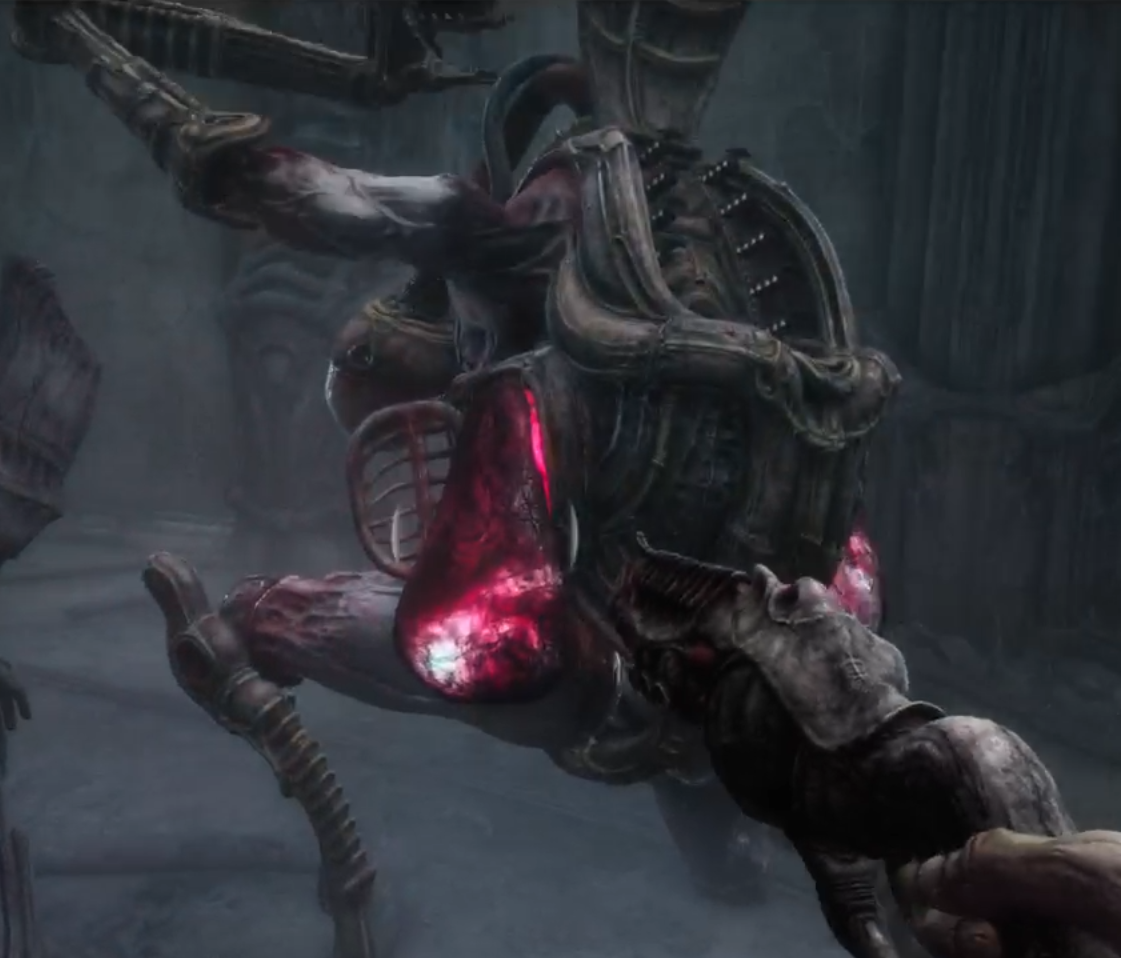 While Bomb Baby is reloading or if you use the limb racks in the arena to break line of sight, it will give you enough time to reload or heal if needed.

Destroy both sacks to enter Phase 2.

It is possible to get Bomb Baby into a ‘staggered’ state that causes the grates over the flash sacks to open if you attack it enough; But this isn’t worth doing since you will waste ammo or possibly take damage if you get close enough to use the Spike. It is better to wait for the ‘reloading’ state.

After destroying the flesh sacks in Phase 1 Bomb Baby will enter an inactive state giving you as much time as you want to reload, heal, and or go to the restroom.
To start Phase 2 you need to approach Bomb Baby and interact with it, you will try to take one of its grenade launchers at which point it will grab and throw you starting the fight. 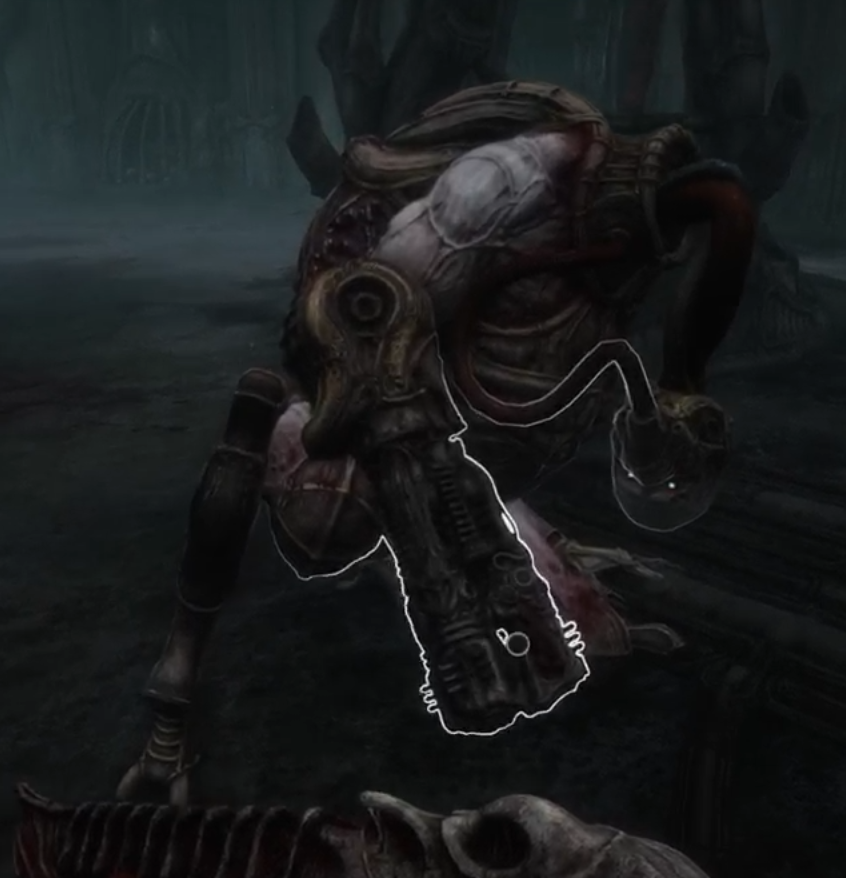 Similar to phase one you will want to keep your distance from Bomb Baby. This time it will walk after you while firing its grenades (if it has line of sight), kite it around the arena till it has fired 9 grenades at you.
Once it has fired 9 grenades it will continue to walk towards you, at this point you will want to get closer to it to bait out a punch. Once it tries to punch you, you will see which arm it will hit you with, it has enough of a windup to see which one and to avoid it; you are wanting it to try to hit you with the arm holding its chest cavity closed (left arm), this will expose the Capsule and you will want to shoot it (I recommend using the Shotgun). 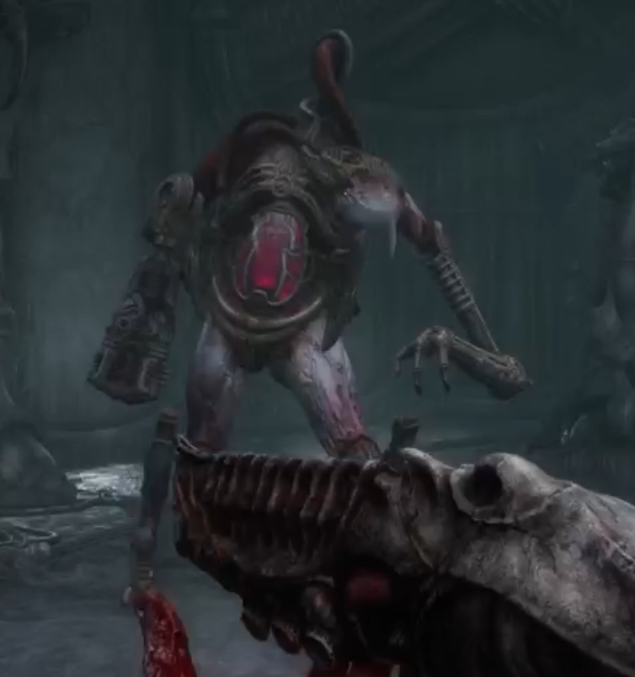 After being shot or throwing a punch Bomb Baby will enter a reloading state and the chest cavity will close, it will try occasionally to charge you after exiting the reload state but this is easy to avoid. You will need to hit the Capsule twice to destroy it and cause the Bomb Baby to fall out.
Once it is no longer piloting the body you are free to now get the Grenade Launcher and take Bomb Baby to the juicer.

The window to hit the capsule is small so the Shotgun is recommended since it is easier to hit with, it is not worth attempting with the Spike since you are basically guaranteed to get hit (but if you want a challenge go ahead).

After placing the capsule in the chest cavity, get some distance from Bomb Baby.
It will start firing a volleys of grenades towards you, after it has launched 9 grenades it will enter a reloading state. Use your Grenade Launcher to fire a grenade into its ammo compartment. 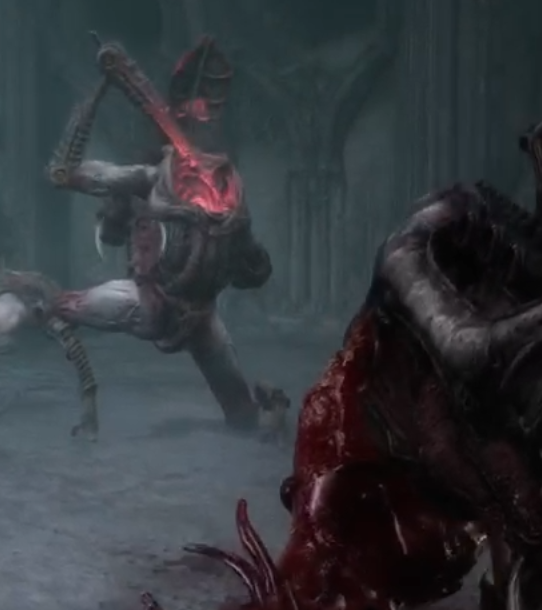 The grenade will instantly destroy the capsule in the chest cavity causing the Bomb Baby to be ejected. Grab it and proceed to the juicer, you are done with the area.

If you do run out of grenades during this fight you can get some more from the body of the first Bomb Baby you fought which will still be in the arena. 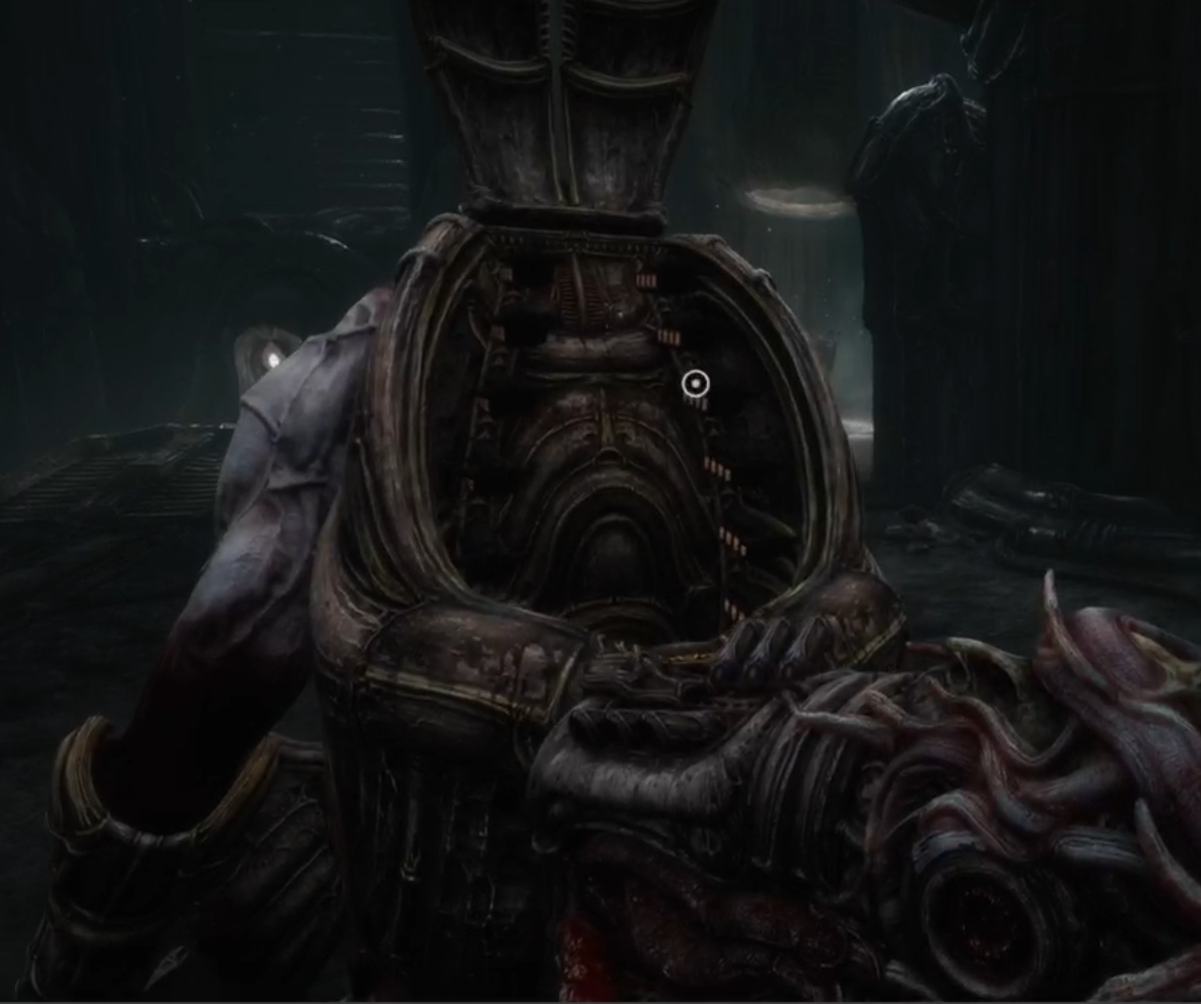